‘Every single person who facilitated PTM in Karachi was picked up’ 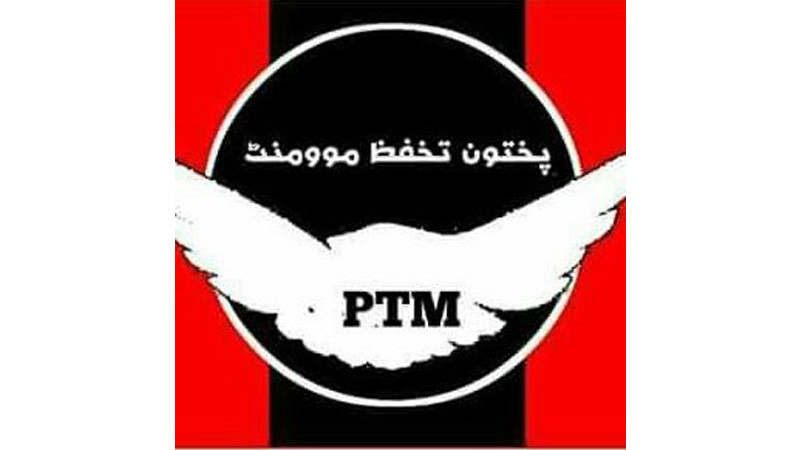 With a day left in its jalsa in Pakistan’s economic hub, Karachi, the Pashtun Tahffuz Movement (PTM) has caused ripples in the political atmosphere of the city.

Not a single PTM event – a corner meeting or moot – organised during the week to mobilise the public for the Sunday gathering went unnoticed by the law enforcers who afterwards rounded up several activists supporting or facilitating the PTM leadership in Karachi.

Speaking to Daily Times, Ismat Shahjahan, one of the main leaders of the movement, said that since the day she landed in Karachi, she had been hearing about instances where law enforcers picked up – and even tortured – people for organising campaigning events in the city.

“They are picking up supporters, particularly those belonging to the Pashtun community, on a daily basis. They keep them detained for at least 12 hours and then call their parents or relatives to mount pressure on the activists,” said Ismat who came to the metropolitan a week ago to help mobilise people for the jalsa.

Ismat, who is a central leader of the Awami Workers Party (AWP) and the Women Democratic Front, lamented that law enforcers in the city had fanned an air of fear, owing to which many from the Pashtun community couldn’t attend their meetings.

“One thing I have noticed and which made me sad was how people who would always welcome me in Karachi in the past did not come forward to have me as their guest this time. That was because the law enforcers had already made sure that they avoid me,” she said, while staying at a student activist’s place to avoid the trouble.

Ismat said that a few corner meetings had to be called off because law enforcers reached the location before PTM activists and started harassing the supporters of the movement. On May 10, one such meeting in Landhi area had to be cancelled because the LEAs had already occupied the site and restricted people from entering the premises.

Besides, at least three FIRs were lodged by Sindh Police against the PTM leadership for organizing the meetings and for allegedly raising anti-state slogans.

Even an elderly man, who dared support the movement, couldn’t avoid the wrath as he was picked up after he organised a meeting in the Manghopir area. Haji Akbar Jan, who hails from the same area, is still missing and is believed to be in law enforcers’ custody, said Mohsin Dawar, another PTM leader.

Meanwhile, the jalsa preparations are at full throttle. Though their application for a no-objection certificate (NOC) to hold the jalsa has been cancelled, the organisers are determined to go ahead with the planned gathering. However, the leadership has decided to change the venue after failing to get permission and in view of a large number of complaints of harassment, intimidation and abduction of their supporters at the hands of security personnel.

The venue has been shifted from Bagh-e-Jinnah to Sohrab Goth.

Despite the reports of arrests and heavy contingency of law enforcers abounding areas populated by Pashtuns, the PTM leadership managed to take out a massive rally from Sohrab Goth on Friday evening.

“Earlier it was decided that rallies originating from different areas will converge at Sohrab Goth but because of high presence of security personnel and their intimidation tactics, people gathered at Al Asif Square and then went to different areas of the city,” said Afzal, a progressive activist based in Karachi.

“There are hundreds of people mainly Pashtun in the rally. We went to Malir first where the PTM leadership made speeches and the workers distributed pamphlets to the dwellers. The rally will end at Banaras,” he said, while speaking to Daily Times.

No talks if harassment, intimidation of PTM supporters continues: Wazir

Separately speaking to Daily Times, PTM central leader Ali Wazir said citizens wanting to join the Sunday’s jalsa in Karachi were being intimidated and threatened. “When we formally registered our protest with Karachi Rangers over the crackdown, a senior official told us that Counter Terrorism Department (CTD) and Military Intelligence (MI) is behind the ongoing actions against PTM supporters,” he said.

Wazir said that all PTM leaders were in high spirit ‘despite government’s attempts at demoralising’ them, adding that the public meeting in Karachi would take place as planned, come what may.

Commenting on negotiations with the government-backed jirga, Wazir said that three to four different groups had approached the PTM leadership for dialogue, claiming to be representing the government. “The original four-member jirga of tribal heads is unaware about its mandate and its members are not on the same page. Its formation is therefore a mere eyewash,” he said, adding that the presence of more than one group for negotiation was creating ambiguity, ‘which is why there has been no progress in talks’. Besides, he maintained that that there can be no talks if the PTM continued to face hostility by the security personnel.

About the recent release of missing persons, Wazir said, “our demand is to produce all those forcibly disappeared before courts so that their innocence can be proven.”

He said those released were asked to give an assurance to their local SHOs that they would do whatever they were told by the police. “This way these individuals will continue to live under fear and may be picked up again. We want all missing persons to be presented in courts so the truth about their innocence can be established and they can live normal lives with their families.”

Wazir said that some check-posts in the Federally Administered Tribal Areas (FATA) had been removed after the PTM’s protests, but he added that the group was not calling for the complete elimination of these posts. “All we ask for is to end the humiliation of citizens at these check posts,” he said.