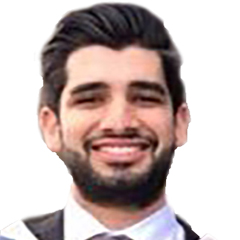 How can one fail to defend?

For justice to be done, the advocate must not become a fact finder

“When I was a criminal defence lawyer, I was asked ‘The Question’ so many times I got sick of it” is how John Grisham, the famous US defence attorney, writer and politician opened his review of How Can You Represent These People. The book is a compilation of essays shedding light on the proverbial dinner table question that haunts every lawyer from the cradle to the grave. Posed equally by the genuinely curious, morally perplexed and sometimes the mischievous heckler, the editors describe the question as being inexorable. “What is really being asked is ‘How can you represent people you know to be guilty? Not guilty shoplifters, marijuana possessors, drunk drivers, or political protesters — these could be us, our children, our parents. Not the wrongly accused or convicted either — even the harshest critics understand defending the innocent. The Question refers instead to the representation of guilty criminals who have committed acts of violence or depravity.”

In Pakistan, several high profile legal battles over the past 24 months, which became the din of prime time talk shows and made front page headlines across national newspapers, have instilled a new-found verve to the ‘The Question’ within a domestic context. The universal disdain for defence lawyers is synchronised with local events to great emotive effect. What explanation could there possibly be, they ask, besides an acute lack of integrity and material greed, for defending the blatantly sinful? The ignominious and the depraved? The Sharukh Jatois of Sindh and the Imran Khans of Kasur? The Nawaz Sharifs and the Altaf Hussains?

When attempting to address a query as perennial and elusive as to be declared “The Question”, perhaps the best approach would be to trace it back to its historical roots. In his book One Man’s Freedom, published in 1962, the iconic US defence attorney Edward Bennet Williams spoke of taking on “difficult cases for unpopular clients…because of the unwritten law that I might not refuse”. The unwritten dictum Williams alluded to was coined centuries prior to any civil rights movements, the abolition of slavery and the advent of universal human rights, when the independent Bar along with the medical profession decided that no person in need of legal or medical aid would be abandoned by the profession. Over the ensuing epochs, the right to legal representation would become the fundamental concept upon which the edifice of the modern criminal justice system came to rest upon. In the US, the right to representation found judicial affirmation in the seminal case of Gideon v Wainwright (1963). The bar standards board of the United Kingdom prohibits its members from refusing representation to clients under the famous cab-rank rule. Scholars of Islamic Fiqh also recognise the right of every accused person to representation in the court of law.

The rationale behind the rule was as follows; the dispensation of justice was not possible without a fair trial for every accused person. This necessitated the accused to be given every opportunity to forcefully argue his innocence, present his evidence and challenge the prosecution. Such endeavours were not possible without a defence lawyer, and not just a lawyer at that, but one who would fiercely plead the case of his client, transcending any preconceived notions, moral quandaries and personal opinions.

In Pakistan, several high profile legal battles over the past 24 months, which became the topic of prime time talk shows and made front page headlines across national newspapers, have instilled a new-found verve to the ‘The Question’ within a domestic context

Thus the institution of the defence lawyer came into being; and forgoing one’s personal beliefs in the larger interest of justice became the core virtue for its members. These advocates were not agreeable to the moral depravity of their clients, they were simply indifferent to it. For justice to be done, the advocate must not become a fact finder. He must not arrogate the judgment of the court to himself and pre-emptively declare guilt, no matter how deplorable the crime may be. To do so would be akin to eviscerating the criminal justice system of its core spirit. Such would spell a disaster not just for the genuine criminal who’s punishment would be expedited and doubled or tripled based on popular caprice, but for every man and woman in the land who could find themselves on the wrong side of the state.

Already, the skewed relationship between the governing and the governed inevitably lends itself to the excesses of the state. Eager to deal with alleged delinquency, compelled by political and administrative expediency, the state and its bureaucracy is ever willing to forego the tedious requirements of due process and cut to the chase. The defence lawyer acts as the great leveller between the consequention list state and the rights of the accused. It exhorts the state to see beyond the myopia of the single trial and preserve the spirit of justice indefinitely.

In doing so, it is confronted not just by the organs of the state, but the merciless sanctimony of the mob. The mob is not visible or organised in every instance. Not every case stokes country wide vigils and vitriol demanding public hangings. The mob is the metaphoric exposition of a society that equates accusations to convictions and considers every such accused to have voluntary forfeited their human dignity.

In this climate, owing to the ‘wilfully defective’ asymmetry of arms between the prosecution and the defence, Barbara Babcock offers us a different proposition. The real question, according to her, is simply the other way around: how can one fail to defend?

The writer is a UK-based lawyer, currently in the second half of Barrister training