Singapore as a governance model

Half a century ago when Singapore was granted its independence in 1965, no one could have predicted accurately that today it would be ranked as the third-most competitive economy by the World Economic Forum and termed as a high-income economy with superior infrastructure and exemplary law and order.

Without any natural resources, small numbers of new immigrants and with a non-existent manufacturing sector at the time, the country’s first prime minister, late Lee Kuan Yew, is credited with deploying tactics and strategies to achieve this amazing transformation “From Third World to First” according to his memoirs.

After the independence, a large number of its three million population was left unemployed as they were mainly employed by the military under the British colonialism. Moreover, more than two-thirds of its people were living in slums. There was poor sanitation, inadequate water, no natural resources and improper infrastructure. In the wake of all these problems, Lee tried to seek help from international donors, but this produced no results, leaving no choice but to take charge of their problems themselves.

For Singapore to grow, it required industrialisation and labour intensive industries. However, it was not possible as Singapore had no history of being industry dependent and most of their population was employed in trade and services. Looking at this, Lee decided to take advantage of the growing globalisation and actively pursued trade well beyond his neighbouring countries. 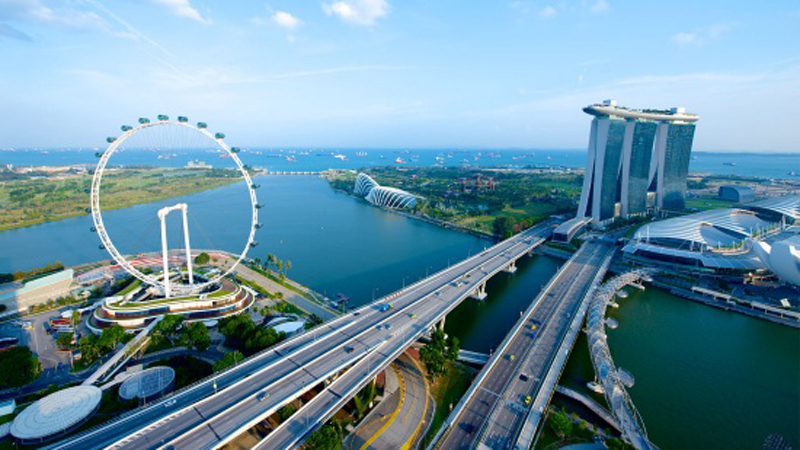 The plan was to attract multinational companies and investors from around the world and especially the west to manufacture in Singapore. To make the economy more attractive for the future investors, Singapore had to provide a safe, secure and politically stable environment, along with a powerful infrastructure, low taxes and a corruption-free government. This was achieved by deploying an autocratic strategy, involving implementing drastic measures by the government.

The law was harsh, which led to corrupt or narcotic dealers receiving the death penalty; any individuals or groups which posed a hazard to the economy were immediately jailed without any delays, and labour unions were repressed and combined under the group called the National Trade Union Congress (NTUC). All of these harsh but investor-friendly laws provided a safe haven for the businesses and combined with its accessible location and an already established port system from the colonial times, the economy already had the edge over its neighbouring countries. All of these measures led to the remarkable annual growth of about 13 percent of the GDP by 1972. Singapore’s major investors were Japan and the USA, and the majority of the manufacturing companies were either foreign-owned or joint ventures.

Like Pakistan, Singapore has a colonial history and is bestowed with natural resources

The next step was to develop its human resources and attract more skilled immigrants. The foreign investment was utilised by the government to set up many technical schools and paid international corporations to train their unskilled workers in information technology, petrochemicals and electronics. For workers who were unable to be employed by the manufacturing sector, they were enrolled in the tertiary sector such as tourism and transportation.

Today, less than six decades later, Singapore has a per capita GDP of over $50000. Late Prime Minister Lee’s model of performance, not promises, led a small island of Singapore covering only 433 square miles and a population of 3 million people to become one of the best, safest, cleanest and prosperous places to live in the world with a high life expectancy.

Lee’s model of governance and his enthusiasm and spirit radically transformed Singapore into the world’s busiest transhipment port and lucrative tourism industry with millions of tourists attracted to two of the world’s best resorts and an equal rise in the medical tourism. Looking at the above, it is not difficult to find inspiration for countries like Pakistan that also has a colonial history and are naturally bestowed with minerals and resources, to implement this universally applicable model and seek development. Unlike Singapore, Pakistan has the advantage of ample natural resources and a much larger population, which if utilised in the right direction, can do wonders for the economy. The need now is to implement stringent rules to eradicate corruption and develop a politically stable environment.