After much hue and cry, the KP government finally passed the KP Private Schools Regulatory Authority (KPPSRA) Bill in June 2017. Today, after 10 months of the enactment of the law, the desired objectives have not been achieved. Although at different times, through the social media, people have pressed this important matter and criticised the rulers, yet the policymakers have failed to regulate the private schools. Due to these irresponsible oversights, the common people are crushed under the unlawful fees and illegitimate demands of the private schools.

Section 8 of the KPPSRA describes the powers and functions of the regulatory authority while holding that it shall register and regulate the schools, supervision of the curricula, scheme of studies, and the regularisation of vacations and holidays.

It is also supposed to formulate the minimum standard of education for schools and most importantly determine the maximum fee to be charged from a student and minimum remuneration payable to a teacher. After one month, the private educational institutions would charge the summer vacation fees from the students; and it seems to be a big challenge for the regulatory authorities and the respective governments.

The federal and provincial governments, who are under constitutional obligation for ensuring affordable education, have no authentic data regarding the exact number of private schools, the number and qualification of the teachers working there, the remuneration they are getting, the standard of education and the fees that the schools charge from the students. In other words, these governments have failed to fulfil their legal and constitutional obligations.

The federal and provincial governments, who are under constitutional obligation for ensuring affordable education, have no authentic data regarding the exact number of private schools

Although the KP Elementary and Secondary Education Department has organised the school statistics having details of district-wise primary, middle, high and higher secondary schools with the enrolment ratio, teaching staff and basic facilities, it has no information publically available on how many private schools are registered in the province and how many haven’t been affiliated yet. There is no information shared about the standards and condition of the private schools. There is complete silence on the statistics of the students enrolled in the private schools and qualification and remuneration of the teaching staff.

Article 25 of the constitution states that ‘the state shall provide free and compulsory education to all children of age five to sixteen years in such manner as may be determined by the law’. Similarly, Article 13 and 14 of the Covenant on Economic, Social and Cultural Rights (ratified by Pakistan) also confirm education as an inalienable basic human right and it is the obligation of the state to ensure free and affordable education.

It is the duty of the federal and the respective provincial governments to regularise private educational institutions at the earliest. 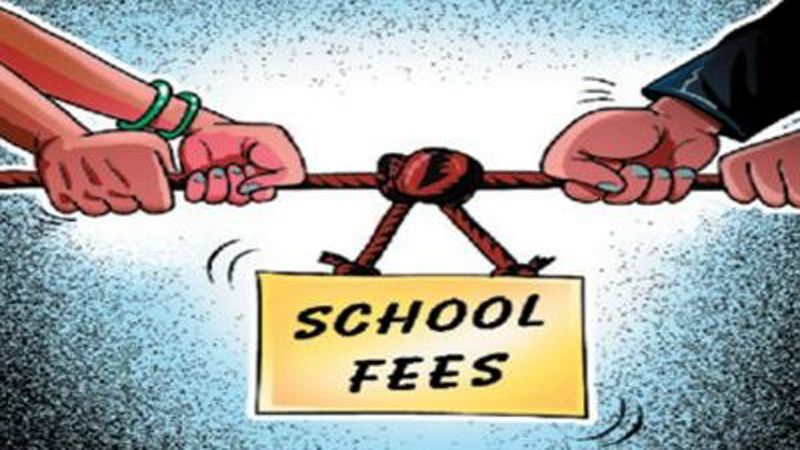 The regularisation should not only mean their registration and enrolment but also some very cogent steps to regulate and control the unbearable fees, to streamline their teaching faculty by ensuring the minimum remuneration and qualification, and to stop them from charging advance fee at the beginning of the summer vacations and other hidden charges from the students.

The KP government has set Rs 15,000 per month as the minimum wages to be compulsorily paid to the unskilled worker but it is heart-breaking that there are many private school teachers, the majority of whom are highly qualified, who are paid less than Rs 10,000 per month.

The contribution of the private educational institutions cannot be ignored, especially in the recent few years, but in the absence of regularisation, these institutions are causing serious problems. There are some private schools charging students with unbearable fees. In the name of promotion, enrollment, sports, entertainment, party etc, parents’ pockets are emptied without mercy.

The private school owners might also be correct while holding that they have invested invaluable time, money and skills and have also delivered in the field of education, but being the custodian of the peoples’ rights the government should regularise private schools at the earliest possible to make private education bearable and affordable.

The government should take note of the genuine grievances of the students and parents and should also ensure that the quality of education in private schools isn’t affected. The regularisation will also help many young qualified teachers in getting appropriate remuneration and will also remove the overburdening annual, monthly and various other fees from the parents’ shoulders.

Amid the active role of the regulatory authorities, not only the issues of fee hike, but curricula, vacations, sessions’ timings and many other related matters can be regularised in the private institutions and education can be made affordable for common man.