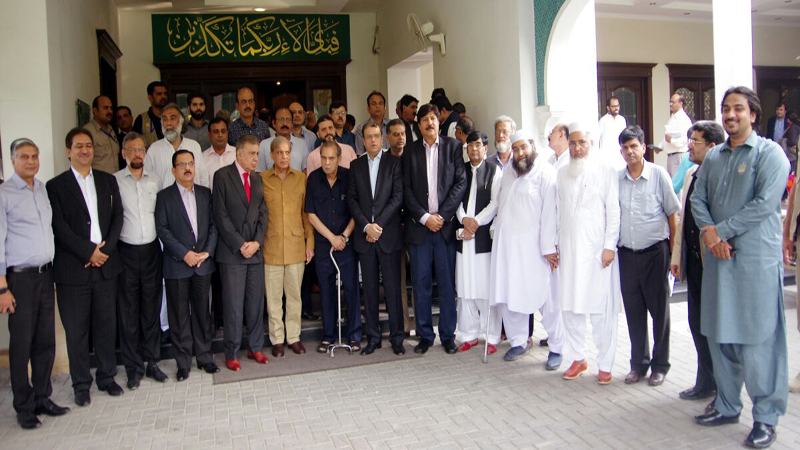 LAHORE: Punjab Chief Minister Shehbaz Sharif on Tuesday said that the provincial government has saved billions of the national wealth via engineering of development projects, while NAB’s entire force is exerted in Punjab.

“My narrative is the extension of Nawaz Sharif’s narrative. We have secured billions of rupees through our development projects, while the NAB’s entire enforcement is in Punjab,” CM Shehbaz said while responding to a question regarding NAB’s actions against the bureaucracy.

Speaking about the general elections 2018 during the Council of Pakistan Newspapers Editors (CPNE) standing committee meeting, Shehbaz said that he hopes there is level playing field in the upcoming polls. He added that the “respect for vote” is vital since it is essential for successful implementation of development related projects.

Moreover, he said that the only way to respect the vote is to work for the welfare of the nation.

Shehbaz also highlighted that the Punjab government has taken vital steps for the improvement of each sector in the province. He added that Pakistan has been swirling for the last 70 years and now the country should be moved forward with joint consultations.

“PML-N acknowledges and encourages the role of women in national politics. Any statement demeaning them is highly irresponsible. We have to maintain decency and element of respect in political discourse. I apologise for anti-women remarks made by some party leaders,” he said.

Referring to the PTI female supporters who were in attendance during the PTI rally in Lahore, Law Minister Rana Sanaullah had said that “the women who attended the rally were not from honourable families because their dance moves implied where they had actually come from.”

On the other hand, Minister of State for Power Abid Sher Ali had responded to PTI leader Shireen Mazari, who had asked him to maintain distance, saying that “there is nothing to touch in her”.

The CPNE delegation lauded Shehbaz’s performance in the province which helped in speedy development of the region. The delegation continued that during the past 10 years, Punjab has seen great progress, while the situation in Singh has deteriorated.