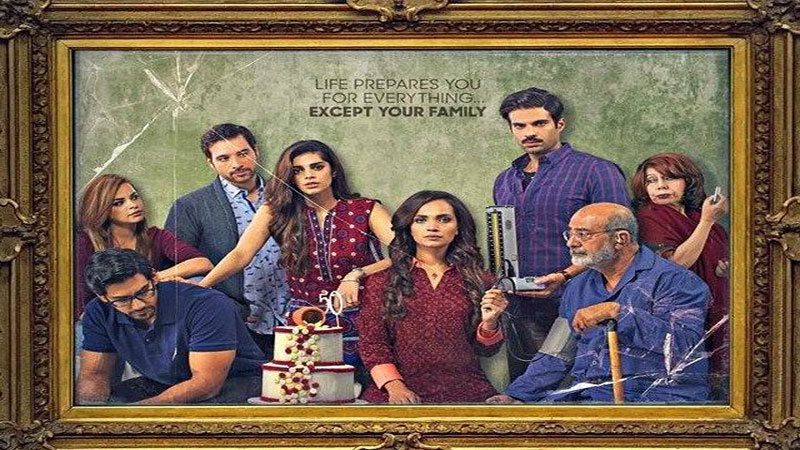 The newly-released Pakistani movie ‘Cake’ is a Sindhi family drama set in Karachi and rural Sindh. I have had the chance to watch it on a Silicon Valley theater screen in California. Cake is nothing like the usual Bollywood fare featuring an “item song” included in a series of song-and-dance sequences. Instead, it has a great soundtrack showcasing the classic Sindhi poetry of Shah Abdul Latif Bhitai and Shaikh Ayaz, some of it sung by Allan Fakir in his mournful voice.

The movie has an interesting plot and it tells a good story. What makes its plot especially relevant to the Pakistani diaspora is that it involves a a theme familiar to them: ailing elderly parents (Jamalis ably played by Mohammad Ahmed and Beo Raana Zafar) in Pakistan with two of their three children living overseas. It also defies the stereotypical depiction of patriarchal Sindhi men as cruel landlords oppressing their women and peasants.

Cake is a well-made and beautiful movie featuring great acting talent that serves to break stereotypes. It is yet another confirmation of the revival that the Pakistani cinema has seen in the last decade

At the centre of the story is Zareen (Aamina Sheikh) who takes care of her aging parents in Karachi and their land in rural Sindh. She is joined by her sister Zara (Sanam Saeed) from London when their elderly parents’ health suddenly deteriorates. Many long unresolved family issues come to the surface as they spend time together. Some of the issues are triggered by the arrival of Christian nurse Romeo (Adnan Malik) who helps the sisters in providing care to their parents.

Except for a few sentences spoken in Sindhi by Aamina Sheikh, the rest of the movie features Urdu as the primary language spoken by the main characters in the movie. It shows how widely Urdu has been embraced by all ethnic groups as the lingua franca binding Pakistanis together as a nation.

Cake is a well-made and beautiful movie featuring great acting talent that serves to break stereotypes. It is yet another confirmation of the revival that the Pakistani cinema has seen in the last decade.