All stakeholders involved in Syrian war should give up their vested interests, and play a positive role in bringing peace

The tearful cries, lethal calamities, catastrophic sufferings and overall humanitarian crisis of Ghouta have rampantly crossed all limits of bloodshed. However, there are almost 400,000 people bounded under the vicious cycle of repercussions by Bashar Al-Assad regime. Undoubtedly, the collapse of Islamic States (IS) and regaining of the areas controlled by the IS have intensified and increased such bombardments and killings at large.

Meanwhile, the Syrian regime agreed on a ceasefire with the rebels. But while capturing some eastern parts, the regime started attacking rebels again. Assad regime has lethally attacked Ghouta and Idlib — the provinces of rebels. Very unfortunately, the suppressed citizens are even not authorised to ask and stand against such brutalities. Analysts compare this long-lasting war with Lebanon’s civil war which continued for 15 years. There is no denying of the fact that Syrian war is also the doing of foreign countries. But, Syrian war has proved to be more baleful than that of Lebanon.

Undeniably, the highly affected children of Aleppo and Ghouta have been crying blood tears for help and urging the Unity Nation Security Council (UNSC) to stop the barbarity, insanity and bloodbath. On February 24, the UN Security Council agreed to a 30-day ceasefire, but unfortunately it seems a failure decision. As Turkey, Iran and the Assad regime have claimed to continue their war which might become more and more aggressive and devastating for the citizens.

The devastating image of Ghouta puts a big question mark over the integrity of Arab states. Despite having capable militaries and armed forces, Arab countries are doing nothing to stop barbarity in Ghouta

Having awareness of these fatalities, the global humanity organisations have yet not shown any concern to address the long-lasting matter. The International Security Council was assigned to secure peace and take punitive actions against such atrocities anywhere. But it has failed to deliver.

Further, the devastating image of Ghouta also puts a big question mark over Arab countries. Producing powerful military capabilities and having authentic and technical armed forces, Arab countries are doing nothing to stop barbarity in Ghouta. No one knows why such powerful players; including UNSC are following the formula of ‘wait and see’. Despite carelessness and continual ignorance of such powers, they must realise the responsibility of maintaining the world peace through taking unfeigned efforts against every evil custom.

Moreover, it has been seven years since the helpless citizens of Syria have been destructively tortured, suppressed and killed ever before. For instance, there is a report which depicts the killing of five hundred people of Ghouta within only four days. Besides this, homes, hospitals and visiting places have been completely demolished. 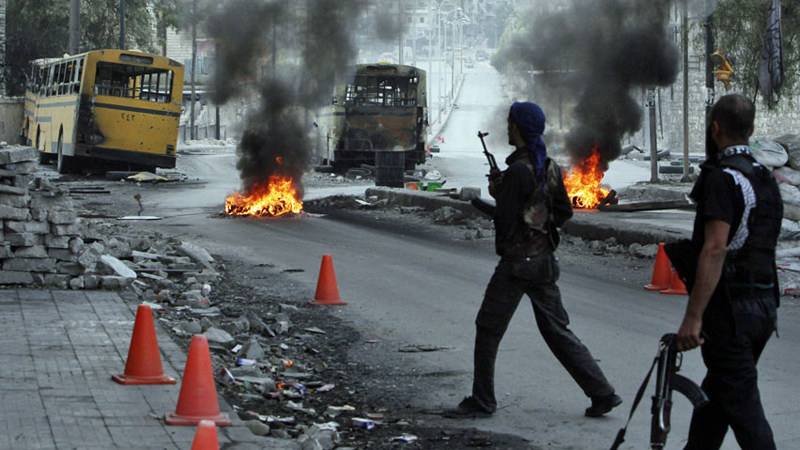 Russian and Iranian forces support Syrian regime while America backs the Kurds. Turkey helps the rebels to repel them. Israel has also been playing a destructive role in it. Assad might defeat all of the rebels and control the overall territory of Syria. But, the new conflict would be rampant among foreigners. The Syrian citizens will be facing the same fate of bombardments.

More recently, February 2018 marked the Munich Security Conference (MSC) in Germany. The main slogan was ‘To the brink’— and back?’ was a manifestation of world’s security conundrum.

After considering the most devastating threats to world peace; including terrorism, extremism, climate change, major conflicts, mayhem in Syria, Yemen, Israel and Kashmir and other quagmires, MSC was assigned to get required solutions of the above-cited threats. However, the conference called upon the world’s politicians, military chiefs, human rights protectors, statesmen and other personalities to bring back the disorder world from the brink of catastrophic challenges. But like Security Council of United Nations, the Munich Conference has also not responded any action against such threats.

As, the concluding remarks of the organiser of the conference, Wolfgang Ischinger, were: “I was hoping when I opened this conference…. that, in concluding the conference, I would be able to say we can delete the question mark. In other words: ‘We are back from the brink….. I am actually not sure we can say that.”

All the stakeholders involved in Syrian war should compromise on their vested interests and take positive role in maintaining peace.

The author is a freelance columnist based in Shikarpur, Sindh. He can be reached at wajahatabro123@gmail.com