4 types of people you should stay away from 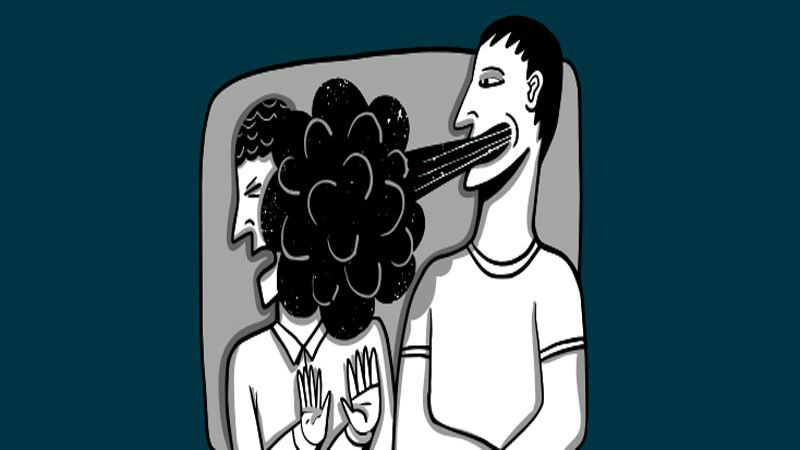 Nothing disturbs you more than the fact that you made a wrong relationship choice. And it becomes all the more disturbing when you are told things like ‘rely on fate’, ‘go with your gut’, and ‘hope for the best’.

Things mostly go wrong because we tend to put on rose-coloured glasses and make assumptions about our new partner, hold positive illusions as we’re planning for a big fat wedding. Of course, I mean, it’s one of our most essential needs as human beings to love and be loved in return.

We are wired for relationships from the moment we enter the world, and one would think it would be easy to pick partners that suit us well, but the case is entirely the opposite. The answer then to what motivates us into making dead-end partner choices is the lack of insight into our own selves as we keep on fluctuating on a low self-esteem continuum over the course of our lives.

Like being unprepared for a test, being unprepared for a relationship comes with its frustrations and failures. We wage wars on the most psychotherapeutic of wonders: “Why do I keep choosing the wrong partner?”, “Why do I stay in relationships that make me unhappy?” Indeed, these are important and complex questions that can only be answered once we are willing to build awareness both around our past patterns and present.

At other times, we are afraid to speak up and confront those who give off toxic vibes and feel even more fearful bailing out of romantic relationships mid-flight. Somewhere deep INSIDE us, we might know that our partners are hiding behind superficially successful, shiny masks, but we would rather carry the baggage of a deadweight relationship in relation to a real partnership that we could depend on. Why not, when this certainly makes us feel more comfortable.

It’s, however, always wise to take some time out to identify a few, certain types of people and the way they make you feel, before you realise they’ve conveniently ended up becoming a liability to all of humankind and to themselves.

Here they are: The Narcissist

The narc, with a grandiose sense of self-importance and a self-inflated ego, acts like God’s gift to everyone. Apparently, he knows everything, is the best at everything and has no shame telling you so. No matter how smart or experienced you are, you can never measure up to this person because of the way he places himself or herself on a pedestal and looks down at you. It comes as no surprise that you feel you are competing with this person every step of the way.

Narcs are uncompromising people, lack empathy, and always require constant praise. Just like passive-aggressiveness, narcissism is considered a personality disorder, which is toxic. What’s important to know is that narcissists actually hate themselves. They have very thick skin that can be easily pricked, because their self-esteem is marginal. This results in rage and hate, to the effect of wanting to destroy anything and everything around them when they feel hurt or rejected.

There’s quite the irony attached to an adult male who still possesses psychological traits of a child. He’s a man, but a child.

Most self-made individuals with properly developed cognitive thinking know that they are responsible for making money, maintaining pleasurable ties with women, taking care of their body, and anything else that is needed or desirable. However, the sort of male that falls into this category is still mostly in the younger part of his life. His family may tend to help meet his financial ends, and his mother may still want to assist him in dress-up, but the fact of the matter remains that you will have to look out for him and pick up his slack all the time. You can hear yourself nagging him at all times, but you can’t stop. And in case you stop the nagging and try to bring up deeper issues that have been concerning you, he shakes it off with a joke, changes topic, or turns the tables on you by telling you what you’ve been doing wrong all along in the relationship.

The man-child will often find themselves augmenting their lack of something by competing with peers in material possessions such as the very latest electronic gadgets (the most up-to-date GPS handheld device, digital camera, etc.), a 50-inch plasma TV with Freeview HD goodness, or an oversized fossil-fuel guzzling car or behemoth amongst many others. He will do all of this, to impress and make new friends. It’s no wonder that in a relationship you come only second to his friends. And though, the thought of him losing you might terrify him, he will never do anything to go out of his way to prevent that from happening.

Passive-aggression means the passive expression of anger. With a passive-aggressive person, you may never know what message such a person is trying to convey or address. Denial of feelings, sarcasm, and backhanded compliments are sure ways to tell that your brain is running in circles trying to figure out what this person is thinking and why he or she keeps sending hidden messages that need to be decoded.

This kind of toxicity comes from a person who can’t communicate in a straightforward manner, sends mixed signals as a defense mechanism, or acts like nothing is wrong when in fact everything is. Women, most often, can afford to be passive aggressors for as much as a lifetime. This tendency stems from their entitlement mentality to depend on their partner for their time, attention, and affection.

Have you ever been in a relationship where you feel judged and your every action is belittled no matter what you do? “What is wrong with you?”, “Are you really going to wear that?”, “Is there a reason for you coming home late at this hour?” This is an individual attacking your character and who you are, then wonders why you have been triggered into defensive mode.

Your contemptuous partner will usually be attacking you from a place of superiority, sending off the message that you are not liked, appreciated, understood, or respected. This sort of tragedy does little to create a trusting bond and space between two people that sets an enormous amount of insecurity and anxiety on one partner.

Make sure you choose wisely!