‘Melluhas of the Indus Valley’ — an ode to Melluha civilisation

The book comes out as a potential excavation of Indus Valley, tracing it back to the original and the first inhabitants of the land 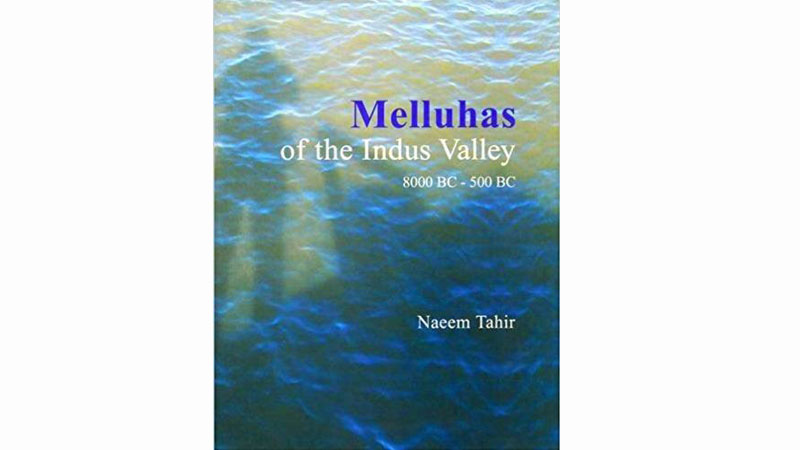 In his prelude to the book, Naeem Tahir talks about the personal inspirations that led him into this extensive research. What strikes as remarkable is his honesty and dedication of building his ‘family tree’. What started as a research for ancestors, ended up being a compilation of every possible evidence regarding the existence of Melluhas.

Naeem Tahir writes, “The search for my ancestors turned into determining the genealogy in the larger sense. In the course of doing so, I developed an interest in history, archaeology and anthropology and civilisations of the South-East Asia and in particular the ‘Indus Valley’. I found this research more rewarding, interesting and meaningful than just developing a ‘family tree’”.

In the very beginning of the book, Naeem Tahir describes his personal agenda, which is very relatable. Everybody might not be interested in Melluhas but certainly, everybody is interested in his/her own lineage. Thus, this book of 250 pages becomes a personal research for communal and geographical lineage. Melluhas of the Indus Valley is a remarkable journey from ‘me’ to communal and from ‘family tree’ to national heritage.

“It is an incredible truth that from the science of sea-faring to the use of theatrical masks, so many things owe their origin to the Indus Valley civilisation”

Melluhas is not as common of a term as Indus Valley civilisation. Everyone knows about the Indus Valley civilisation but the history that is commonly accessible, reaches as far as 1900 BC. Thus, this history of ancient civilisation is not actually that ‘ancient’. Having read this generally known history in curriculum, I never came across the word ‘Melluhas’. Melluhas is something that was restricted to a specific stratum of historians. This research gap in history is what Naeem Tahir points at.

He writes, “But one thing continued to remain unexplained. It pertained to the period 1500 BC—900 BC. Little was known of this period and historians left it off as a ‘dark period’”.

This book, however, provides the details of what actually happened in that ‘dark period’. The author, with justified claims and authentic references, shatters the established fact regarding the ‘sudden disappearance’ of Melluhas. Although history acknowledges the existence of a vast civilisation that existed in Indus Valley, whose architects were called ‘Melluha’ or ‘Mallaha’ but then the whole civilisation just ceased to exist.

Naeem Tahir denies this sudden disappearance on logical basis and then justifies it on the basis of evidence. A civilisation that dominated the world for more than 2000 years, how could it just disappear? The author believes this narrative to be a political/ national agenda and excavates through the remains of the ancient civilisation to discover the lost history of ‘dark period’. The book fills the ‘gap o darkness for almost 500 years”.

It won’t be wrong to call Naeem Tahir’s attempt as factual excavation. The book is full of evidence. Whenever the writer makes his claim, he backs it up with evidences. The book contains maps, pictures, excerpts from various books and journals. Through this backing up, the book moves away from generalisation and closer to a particular truth – the forgotten history of Melluhas.

The book comes out as a potential excavation of Indus Valley, tracing it back to the original and the first inhabitants of the land.

Naeem Tahir’s evidences are not only limited to scientific findings and hypothesis. One of the most interesting aspects of the book is his inclusion of scriptures. The writer supports his research with excerpts from Vedas. Vedas are ancient works or scriptures that form the basis of Hinduism as well as human history in the region. Naeem Tahir supports the hypothesis of Melluha genocide with various verses from Rig Veda and writes, “If Rig Veda is to be a witness to history, then its evidence clearly shows conflict. Not once but again and again, in hundreds of the Hymns in it.”

The book can be regarded as encyclopaedia of Melluhas. Naeem Tahir has included every detail from language to crafts, from food to raw material.

The development of the book is very well structured. Whenever one begins to get bored of tedious factual information, the writer presents us an interesting information regarding Melluhas. Naeem Tahir has incorporated many intriguing debates. One of such interesting debates is that on burial, questioning belief in after life, status difference and gender difference.

Naeem Tahir saves one of the most interesting information for ‘Addendum’ – evidence of drama in Indus Valley civilisation. He refers to the discovery of various masks of various sizes. Naeem Tahir, himself being an artist, seems to really relish this information. He writes:

“As a person from the Indus Valley, it was an extremely useful piece of information for me, I wondered if any person connected with theatre or its history had ever realised the state of the development of the performing arts in Indus Valley. It is an incredible truth that from the science of sea-faring to the use of theatrical masks, so many things owe their origin to the Indus Valley civilisation!”

Naeem Tahir also tries to answer the ‘fundamental questions’ surrounding the history of Indus Valley. The book dwells deep into the life and death of a whole civilisation and comes out as a factual ode to Melluhas of the Indus Valley.