How an American views her own country

The title of the book, 'Notes on a Foreign Country', is intriguing since it is not clear whether the designation
'foreign' is intended for Turkey, the author’s adopted country, or America, her country of birth 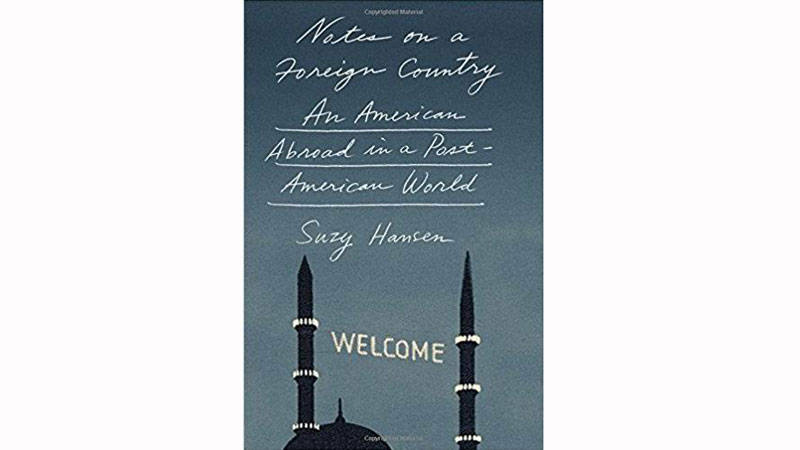 Since the days of the Ottoman Empire, Turkey has been viewed by Europeans as an exotic place, part of the mysterious East. Of the several chronicles authored by the European travelers in and around the 18th century, one of the most notable was the fascinating account drawn from letters written by Lady Mary Montagu in 1717, while her husband served as the British ambassador to the court of Sultan Ahmed III.

Her selected letters, embodying some of the most scintillating prose in English literature, have recently been edited and compiled in the form of a book by Penguin Classics. It provides invaluable insights into the Ottoman social customs and norms, especially as they pertain to the lives of Turkish women in the early part of the 18th century.

The tradition of travel to Turkey, for both pleasure and scholarly work, has continued and flourished in modern times. In fact, today the country has become one of the most popular destinations for travelers from Europe and North America. A recent book authored by Suzy Hansen, an American journalist who has lived in Turkey since 2007, has received much publicity and attention. Hansen is an established writer who has contributed to many prestigious international publications. This is her first book.

The title of the book, ‘Notes on a Foreign Country’, is intriguing since it is not clear whether the designation ‘foreign’ is intended for Turkey, the author’s adopted country, or America, her country of birth. Living in New York when the World Trade Centre came under terrorist attack and during the USA invasion of Iraq that followed, she had ingested all the prevailing prejudice against Muslims and Islam. Paradoxically, it also spurred her curiosity to explore the Muslim world to learn what had motivated the 9/11 hijackers.

To the great apprehension of her parents, Hansen decided to travel to Istanbul for a longer stay. She was absolutely enchanted by the sights and sounds of the storied city

An opportunity arose when, in 2007, she successfully applied for a Crane scholarship, established by a wealthy American tycoon, Charles Crane (1858-1939), who was intensely interested in the politics of the Arab and Muslim world.

To the great apprehension of her parents, Hansen decided to travel to Istanbul for a longer stay. She was absolutely enchanted by the sights and sounds of the storied city and noted: “I went down every evening to a dusty parking lot where the attendants sipped tea and watched the sun slip behind the minarets and behind the golden horn, the Topkapi palace, the blue mosque, the mouth of the Bosporus.”

Hansen recounts a story that illustrates the deep cultural norms that separate Turkey and the West. During her early days in Istanbul, when she had poor command of the language, she ordered a pizza delivered at her apartment. Two delivery boys showed up and while she scrambled to find the correct change to pay them, she invited them inside as a courtesy, something unusual for a single woman to do in Turkey.

Worse, not knowing how to thank them, she said something which sounded like, please come back. One of them took on the invitation and shortly afterwards returned with the excuse that she had not given them the correct change. Once inside, he shut the door and tried to grab her forcibly. Ultimately, she screamed and frightened him off. Then she called her Turkish friend and asked her whether she should report the incident to the police. The friend dissuaded her from doing so as it would be fruitless. Instead, she advised her to complain to the pizza shop owner who would appropriately beat him up, a much more assured punishment.

The book qualifies as neither a travelogue nor a political disquisition on the US role in the developing world. Perhaps, it can be considered as both. The writer is powerfully influenced by the writings of the African-American author, James Baldwin, who lived in Istanbul in the sixties for ten years. Living abroad, he wrote, gave him a sense of refuge from the racism and problems of the US and he felt more at home in Turkey than in America. References to Baldwin’s work liberally permeate the book. The author credits Baldwin’s painful experiences as a black man living in white America, for making her conscious of many false assumptions she had implicitly absorbed as a white American. She forcefully implores Americans to undertake self-introspection and to shed the ingrained notions about the inferiority of other cultures and nations and the superiority of America. She is brutally candid about the violent role her country has played on the international stage.

The book cites an anecdote spotlighting the prescience of Saadat Husain Manto, the celebrated Pakistani author. When approached by the US Embassy in Pakistan at the height of cold war to contribute an article for their magazine designed to generate favorable publicity, he wrote a series of articles, Letters to Uncle Sam, predicting that demonization of communism would only empower Islamic Fundamentalism, the only force with a fierce will to defeat it. It did not find favor with the embassy.

Hansen’s book, although focused on Turkey, is not entirely about that country. He also traveled to Afghanistan to cover the war against the Taliban. Hamid Karzai was still the president and the country was relatively more stable than now, with fewer bombings. Although awash in American money, she observed that the Afghans did not benefit from it. The major contracts for projects were doled out to Americans contractors, as no local businesses could qualify to compete, having no prior experience and lacking a past performance record.

The Americans stayed aloof within their compound, having no real relationship with the locals. She again repeats the prediction made in 1950 by Saadat Husain Mantoo, for whom she seems to have developed some admiration, that “the Americans will resort to using the Mullahs and Mujahedeens to defeat the Soviet Empire in Afghanistan.” The Pakistani writer, Kamila Shamsie is quoted as expressing outrage that, “while espousing the right of the Afghans to freedom and self-determination, the US did not notice that Pakistan’s dictator, Zia ul Haq, was staging public flogging and hangings.” 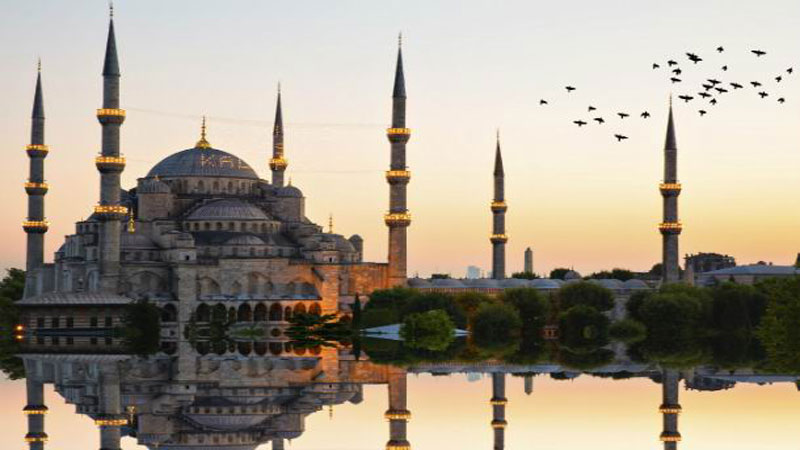 Hansen also visited Egypt in 2011, six months after the revolution that overthrew Hosni Mubarak, to write about his wife, Suzzanne. who was reputed to be an advocate for Egyptian women’s rights. She found a perceptible undercurrent of sympathy for the Muslim brotherhood, and resentment against Americans for supporting the Mubarak regime. Egyptian intellectuals had not forgotten the advice an earlier American president, Theodore Roosevelt, gave in 1910 while visiting Cairo “to abandon the fight for independence against the British.”

Overall, it is a serious book that can be faulted for citation of an excessive number of authors and publications that overwhelm the reader, and at places excessive details that overshadow the message the author desires to convey. Perhaps, she is too harsh in her criticism of US policies and might have mentioned some beneficial projects, such as the Marshall Plan in Europe and non-military assistance in Asia and Africa.

The writer is a former Health Scientist Administrator, US National Institutes of Health, and an Assistant Professor Harvard Medical School, with a Ph.D. from the University of Birmingham, England.