It remains a fact that the war is not dear to most Russians. They are tolerating it only because they are made to believe that it is not a costly adventure 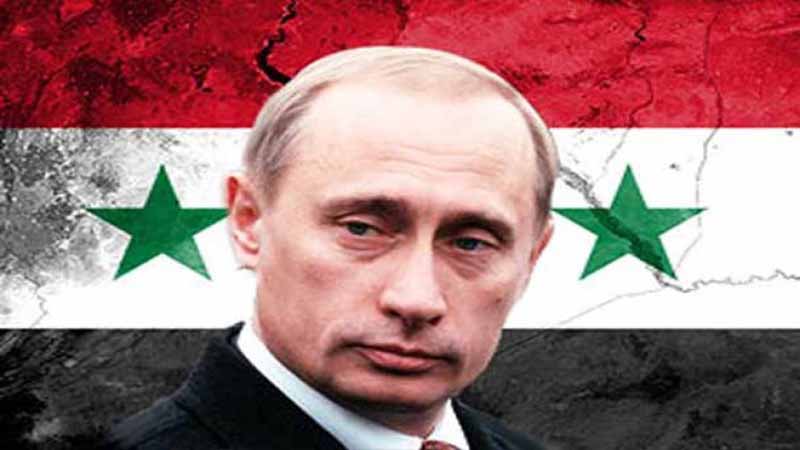 Russia intervened in the Syrian civil war in 2015 at the behest of President Bashar Al Assad whose government seemed to be on the verge of collapse. Russian air power coupled with the firepower of the foreign militias assembled by the Iranian revolutionary guards and spearheaded by the Lebanese Hezbollah helped turn the tide in Assad’s favour. Posing as Assad’s staunchest ally, Russia blocked every resolution at the United Nations aimed at his regime. In the battlefields, Russia has been equally supportive of Assad’s forces, helping them regain control of rebel-held territories, subjecting them to siege, starvation, and relentless bombing campaigns that do not even spare women and children.

In this context, it is very surprising to note that Russia has never responded to repeated Israeli raids in Syria. Israel targeted an ammunition centre in Hama, last September. Only a month later, it destroyed an anti-aircraft battery near the capital Damascus. In December, a government-controlled ammunition warehouse was bombed. This year, during the months of January and February, several military posts across Syria were obliterated. The most recent attack occurred on April 9, when Israeli warplanes bombed an airbase in Homs, resulting in several Iranian military casualties.

The advanced S-400 missile defense systems deployed by Russia largely remained idle, as Israeli warplanes roamed the Syrian territory. Moscow seems to be allowing Israel to carry out bombings of the regime targets as a warning to Bashar Al Assad, against becoming too cozy with the Iranians.

There was another incident that occurred on February 7, 2018. The Syrian army tried to storm and occupy the Konoco oilfields near Deir al-Zour. The oilfields were guarded mainly by the Kurdish Syrian Defense Forces (SDF). Perhaps, the assailants did not know that there were American military personnel posted in the fields, or maybe, they just didn’t care. Right after the attack started, the Americans responded with devastating firepower. When the dust settled, it became clear that there were scores of Russian mercenaries among the attackers, all of whom had perished during the American onslaught.

The Kremlin downplayed the incident, declaring that the mercenaries had not been authorised to carry out an attack on the Konoco oilfields. They had done it at their own behest and faced the consequences of their own actions. Yet, the question still comes to mind: Is Putin really in control of the situation? The answer is yes and no.

Increasingly reliant on mercenaries and foreign militias to win battles, it is not clear how long Putin will able to keep the guise of a cheap war in Syria. After the incident on February 7, 2018, Russians have come to know that the Wagner unit is taking casualties in Syria, giving rise to negative public sentiment

With its interference in Syria, Russia has come back to the world stage with full force. Putin has made it clear to the world that Russia is a power to reckon with. However, he also wants to keep Syria a sovereign country rather than an Iranian satellite. The relationship between Iran and Russia is a complex one; it is both friendly and hostile at the same time. They are both happy to see the United States being marginalised. However, simultaneously, Moscow and Tehran are fiercely competing for greater influence in the Middle East and the Caucasus.

If we see through this lens, things will look very good for Moscow. Assad has regained control of most of the country. The regime is getting stronger by the day. Moscow has shown the world that it wields real power in the Middle East and has the ability to shape events as it pleases.

Confrontation between Iran and Israel comes with its own advantages. Putin enjoys close relations with Benjamin Netanyahu. He is aware of the fact that Iran’s long-term vision for Syria does not coincide with his own. The Kremlin is also eyeing the role of an impartial moderator between Israel and the Palestinians – a role traditionally played by the United States. This may bring him at loggerheads with his Persian allies in the days to come.

Despite the initial euphoria at the show of Russian military might in Syria, it remains a fact that the war is not dear to most Russians. They are tolerating it only because they are made to believe that it is not a costly adventure, either in terms of money or the lives of Russian military servicemen.

The need to keep its losses secret led Moscow to form the Wagner unit made up of mercenaries. It is a private army acting under Russian command. The official military assistance to Syria is limited to air support and artillery fire only. However, the Wagner unit fights on the front lines. Since it is not an official military unit, the casualties suffered by the Wagner unit does not need to be reported. There is no need for state funerals for its fallen members either.

Increasingly reliant on mercenaries and foreign militias to win battles, it is not clear how long Putin will able to keep the guise of a cheap war in Syria. After the February incident, Russians have come to know that the Wagner unit is taking casualties in Syria, giving rise to negative public sentiment against the Syrian war.

Putin has another problem brewing at home. The nationalists are demanding response to the American attack on the Konoco oilfields as well as the recent Western missile attacks in Damascus. The Kremlin has been threatening the West against attacking Syria. Now that the attacks have occurred, Putin has failed to live up to his fiery speeches.

In December, Putin announced an end to the Syrian war. But the situation has become more complex than he had expected. If he withdraws from Syria now, he will hand over the country to Iran on a platter. The Russian strongman is only now learning the lesson that so many imperial powers before him had learned the hard way: entering the Middle East is easy. It is the getting out that is much harder.

With the intensification of the conflict, Kremlin will certainly lose control of the situation. After the Deir al-Zour carnage, the Kremlin was quick to deny any responsibility. If the Russian mercenaries did, in fact, take the initiative on their own, it may become the classic example of wartime chaos in which the client begins to take the lead within a conflict. It also signifies that Putin will have to deal with a growing number of such incidents in the coming days. When, if ever, such an incident threatens American military personnel, the issue will become much more serious. Moscow will have to take the back foot in order to avoid wider escalation – something that will not go well with Putin’s strongman image.

For now, Putin has the upper hand. He has established Russia as a major geopolitical player. He thinks he is winning in Syria. But it is certain that he will be facing a string of dilemmas in the coming days. As the saying goes: the curtain cannot be drawn until the last act has been played.

The writer is an Investment Banker and has been writing for several newspapers and magazines. He can be reached at syedatifshamim@hotmail.com