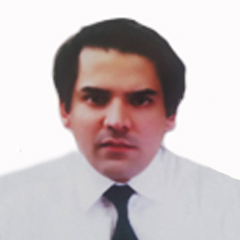 It would be but fair that the requirements of ‘Sadiq’ and ‘Ameen’ also apply against judges, and such a provision may for that matter be included in Article 209 (5) (c) of the Constitution

The recent Supreme Court (SC) ruling on the interpretation of Article 62(1)(f) – which may have effectively ended certain political careers– has left behind certain critical questions about its application in future cases, as well as its overall impact. One such question arises as to the meaning of para. 36 of the judgment, which provides:

“In the result, we are inclined to hold that the incapacity created for failing to meet the qualifications under Article 62 (1)(f) of the Constitution imposes a permanent bar which remains in effect so long as the declaratory judgment supporting the conclusion of one of the delinquent kinds of conduct under Article 62 (1)(f) of the Constitution remains in effect.”

In other words, so long as the declaration of the concerned court supporting any delinquent conduct under Article 62(1)(f) remains in effect, the life time ban would remain intact. It is clear, however, that if any such declaration is given by the Honorable Supreme Court itself either under Article 184(3) (Public Interest Litigation) or in exercise of Suo Motu powers, then in such case the person affected would only be left with the sole remedy of a review petition before the same bench. Further would be constrained to file the same within the period of applicable limitation. In short, if some new evidence were to emerge after the period of limitation to challenge such a ruling, even so, the doors of justice would remain closed for such a person.

As per the SC Judgment, Article 62(1)(f) prescribes the requirement of Sadiq and Amen, inter alia,  as a qualification, wherein the mention of “declaration to the contrary by a court of law” would be applicable in respect of civil consequencesas opposed to consequences of criminal liability attracted under Article 63(1)(h) [conviction of offence involving moral turpitude]. An essential corollary to the aforesaid would mean that a competent forum for deciding a civil declaration, apart from the Honorable SC could either be the Civil Court or the Returning Officer under the Election Act, 2017 based on the circumstances of the case, in which case, the law would allow at least a right of appeal before an appellate forum to challenge any adverse declaration.

The requirement of being sagacious, righteous, non-profligate, honest and ‘Ameen’ are too subjective and were only added by Presidential Order in the year 1985 by General Zia to further his own political interests

Earlier, the “right to appeal” was not provided against convictions of a court martial under the Army Act, 1952 and other military laws. In a Federal Shariat Courtruling, which was upheld by the Shariat Appellate Bench of the Honorable SC [PLD 1989 SC (Shariat Appellate Bench)], it was held that denial of “right to appeal” was repugnant to the injunctions of Islam and thereafter Section 133-A was added in the Army Act, 1952 and other military acts to specifically provide for a right to appeal against a military conviction.

Similarly, the right to present evidence, including the right to call witnesses and having the right to cross examine adverse witnesses forms an integral part of “Fair Trial” and “Due Process” under the fundamental right of Article 10-A (introduced after 18th Amendment) and in the wake of this judgment, some questions appear as to how such rights would be enforced upon if the Honorable SC exercises original jurisdiction in such declaration matters. Whether a JIT would be formed in every such case and what would be the criterion for passing of any adverse declaration within the meaning of Article 62(1)(f).

If the ban against running for office under Article 62(1)(f) had been fixed for a specific term, the requirements of due process and a right to appeal could by some measure be overlooked, however, a life time ban punishment completely restricts exercise of other fundamental rights including Article 17(2) [right to be a member of a political party] and thus necessitates the absolute need of enjoying the protection of law even more so, since any such declaration operates regardless of the nature of offence or conduct. A minor transgression could potentially end the political career of an individual who may have been groomed his whole life to be a politician.

The consensus amongst many scholars on Article 62(1)(f) is that the requirement of being sagacious, righteous, non-profligate, honest and ‘Ameen’ are too subjective and were only added by Presidential Order in the year 1985 by General Zia to further his own political interests. Nonetheless, since they were retained after the 18th amendment, the intention of the law makers was construed to having such provisions remain a part of the Constitution. It would therefore be for the Parliament to take a queue from this judgment and make requisite amendments in Article 62 and Article 63 of the 1973 Constitution to put in place a more objective criterion for qualifying or disqualifying a candidate from running for office.

Another question looms respecting the doctrine of “basic structure” or “salient feature” as recognized in Pakistan to the effect that if the requirement of ‘Sadiq’ or ‘Ameen’ is considered as a salient feature of the Constitution and derives its basis from the objective resolution, then any such amendment would be struck down as the SC has already ruled in the District Bar Association (21st Amendment Case) [PLD 2015 SC 401], that vires of any constitutional amendment which has the effect of repealing salient features can be examined by the Honorable SC. In such a case, it would be but fair that the requirements of ‘Sadiq’ and ‘Ameen’also apply against judges, and such a provision may for that matter be included in Article 209 (5) (c) of the Constitution so that the upon finding ofa Judge of a High Court or a Supreme Court of not meeting said criterion, such a Judge be removed by the President based on the finding of the Supreme Judicial Council on the notion that transparency applies against all organs of the State.

The recent ruling has also sealed the fate of many fake degree holders having been adversely declared of not being ‘Sadiq’ and ‘Ameen’. In a country, where fake degrees have become rampant, this aspect of the ruling has been received with much anticipation as prosecution against fake degree holders under criminal laws has almost been non-existent. However, as this ruling doesn’t differentiate against the scope and magnitude of conduct for attracting the qualifying requirement under Article 62(1)(f), it would follow that the future cases would rely much on the subjective dispossession of Returning Officers and other presiding judges till such time that a well established objective regime is put in place.

The writer is a former consultant to the Attorney General for Pakistan and a practicing lawyer. He holds an LL.M. degree from the University of California, Los Angeles and teaches Constitutional Law at the Punjab University Law College.