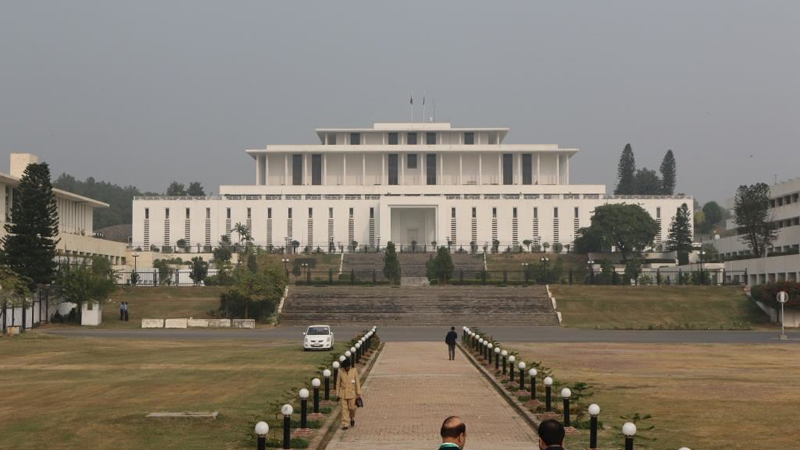 Finally, the Article 62(1)(f) has been interpreted by the five judges bench of the Supreme Court, which has construed it widely. This is against the universally accepted rules of interpretation which say that any subjective text or its implied context which enhances disproportionate punishment shall be construed narrowly and limited in order to curtail its unfair effects.

Even the honourable bench ignored the fundamental rights while interpreting it, as enshrined in the constitution. However, such interpretation was expected if we see the current pattern of the court’s judgements.

In order to enable Mian Nawaz Sharif and other such convicts to contest elections once again, the present judgement requires undoing. For it, however, a larger bench is required. The parliament can also undo it with the two-thirds majority. Theoretically speaking, its effect will be prospective and not the retrospective one, which means those deceits which are committed after the undoing of 62(1)(f) and not those which are committed prior the supposed amendment.

The parliament had the golden opportunity to undo it while passing the 18th amendment but they missed it. The constitutional forum to undo it is the parliament. If we leave it upon the court, it will construe it narrowly, if today it has construed it widely. It cannot be wiped out by the court. The court’s power of interpretation has some elements of making law but not the way these vests with the parliament.

If 58(2)(b) was entitling the President to dissolve the national and provincial assemblies, which was subject to judicial review from the cannons of the test set by the Supreme Court in Muhammad Khan Junejo case, Article 62(1)(f) has an inherent strength to unseat and disqualify the prime minister for life from contesting elections. Yet it can only and directly be done by the Court and not the President if it is proved that he or any parliamentarian has lied under oath.

Unlike Article 58(2)(b), Article 62(1)(f) has origins in Islamic jurisprudence. Its undoing shall receive resistance from the zealots of the same magnitude as we recently had received in the shape of Faizabad dharna in Rawalpindi, which was led by Khadim Hussain Rizvi against the amendment being made in the election laws. Mian Sahib and his party were the main hurdles in undoing this second big nuisance after the Article 58(2)(b). He knew well that his voters would not like it for he was the leader of the right-wing and ultra-right wingers at that time.

Anglo Saxon laws developed a doctrine of proportionality, which says, inter alia, punishment must be proportionate to the magnitude of the crime, neither less nor beyond. On Iqama for that matter, not declaring the asset or lying under oath, the punishment cannot be a life disqualification. Article 62(1)(e) is far subjective and vague which hasn’t created a test so far to gauge the quantum of punishment as it is made in the Article 62(1)(f).

For the latter, the test is ‘a legislature which deceits under oath’. It is implied that the disqualification is for whole life. It is against the universally accepted legal doctrine of proportionality. The right of a fair trial is also derived from the same doctrine. It goes deep into the basic structure theory of the constitution, which is also oversight.

Supreme Court is not a trial court. Any such decision requiring a judicial adjudication, for which a fair trial coupled with the right of appeal is the sine qua non. On Iqama or any kind of judgement under Article 184(3), which article is invoked on the public interest grounds, and to set a conviction without giving a fair trial and the evidence is appreciated, examined and cross-examined, is going to set another scar over the judicial history.

The parliament, if we see on pragmatic grounds, shall not initiate their undoing. It lacks the political will. And if it dares, it will succumb to the pressure of the zealots. The courts, however, could be helpful through the power of interpretation. Justice Fazal Karim in his book ‘Judicial Review’ writes that there was judicial consensus to construe it very narrow. The court recently has construed narrowly to laws on Qisas and Diyat as these laws inherently have lacuna and could be abused.

The writer is a civil society activist. At present, he is practising as a lawyer at Sindh High Court in Karachi