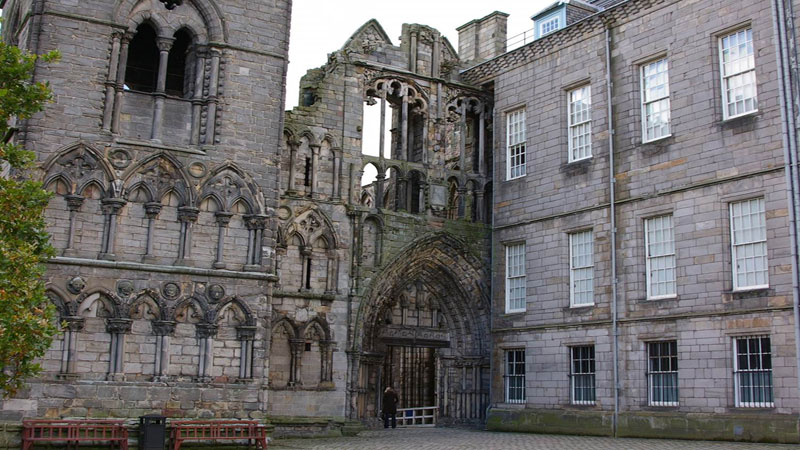 As a scout, I would march to a rhythm with a deep beat and resonance in it. I would assume that it was a Pakistani tune.

Years later, I was surprised to discover that it was the tune of ‘Scotland the Brave.’ It was pervasive in the British Commonwealth. The Economist had once noted that when the president of Egypt visited Jordan, he was greeted with this tune.

Decades later, I was having dinner in Riyadh, Saudi Arabia with friends from Australia, Britain and America. I made the mistake of calling one of them English but he said he was Scottish. I compounded the problem by saying that Scotland was part of England. Perhaps I should have said Great Britain. But it was a bit late. He told me that Scotland was a separate country.I said, “Usually a country has its own army, its own flag, and its own currency, it addition to having its own government. Does Scotland have any of these attributes?” That got him rattled. He stood up and defended his statement with passion.

Of course, I had seen the Mel Gibson movie ‘Brave heart’. I had read Walter Scott’s Ivanhoe The Bride of Lammermore, and I knew that Shakespeare’s Macbeth was set in Scotland. But was it a separate country?

There is a strong connection between Scotland and the sub-continent. Tikka Masala is as popular as fish in chips in Scotland today. Inter-marriage between people from the two regions, once frowned upon on both sides, is now more than acceptable

So when the opportunity came to visit Scotland, on the heels of a trip to Ireland, I availed it. We arrived in Edinburgh on a cold October evening. All lit up, Edinburgh looked like a bride.

The next morning we went to see the eponymous castle, which sits atop a hill. The castle looked just like the postcard in my father’s album which dates back to the 1930s. From the inside of the keep, you get a beautiful view of the city skyline. No wonder some have called it the ‘Athens of the North.’ It also serves as the backdrop to the annual ‘Tattoo’ military parade.

We toured the castle and checked out its many collections, including the weapons and the big guns. After posing with one of the regally dressed guards, we decided to walk the Royal Mile to the Queen’s official residence, Holyrood Palace.

Along the way we saw a statue of David Hume, the philosopher, and also a statue of Adam Smith, who according to some founded the science of economics. Being economists, we thought his grave would be worth a visit.

We stopped at Cannon Gate Church and checked out the cemetery but his tombstone was nowhere to be found. We were going to leave disappointed when the service ended and the worshippers came out. I asked one of them about the grave and he asked me to turn around. There it was, tucked right next to the front entrance.

Holyrood Palace was fascinating and home to a lot of Scottish history. It has served as the principal residence of the kings and queens of Scotland since the 16th century. It was located at the base of a large mountain on which many people could be seen hiking. 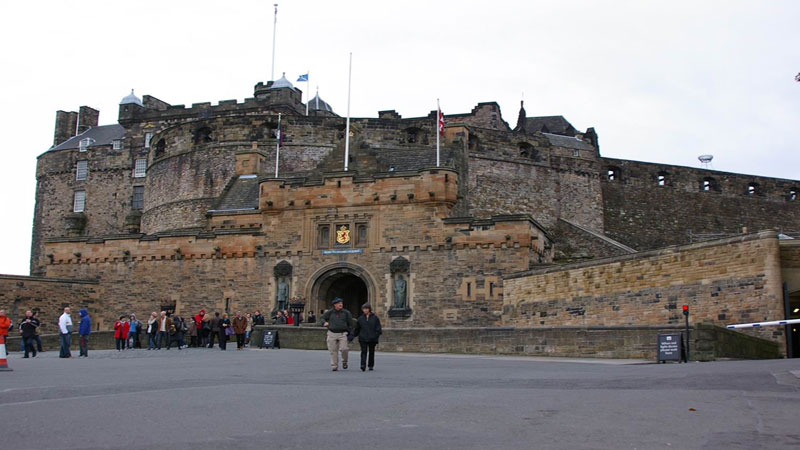 The next day we went on a bus tour of the countryside. We passed by the valleys and hills where some episodes of ‘Harry Potter’ had been filmed. We were reminded that Sean Connery – the first actor to portray James Bond – was from Edinburgh, where he had begun his career as a lorry driver. Many Bond movies had been filmed in Scotland, with ‘Skyfall’ being the latest.

We also got to visit Loch Ness and went on a boat tour in search of ‘Nessie’ but there was no sign of her. Just as we were turning back, I thought I had spotted her. Well, that turned out to be an illusion. A black sticker in the shape of the monster had been cleverly affixed on a glass window just at the right level, so it seemed to be floating on the surface of the lake.

Years later, I was sitting next to a man from Scotland on a flight. I told him about my tour and he was very pleased to hear that. He and I discovered that both of us had traveled to many countries and began to compare our impressions of places like Saigon, Sydney, Hong Kong and Berlin. He had traveled India and I had not. And he had visited Israel which I had not.

As soon as we discussed Israel, a man came up from behind and told us to keep out voice down since he was trying to sleep.The Scot was really upset and asked him if our tone of voice was offensive or the topic. I was a bit taken aback. As we got off the plane, it seemed that there would be a confrontation but thankfully the other man just walked away. I mentioned this incident to a friend of mine who is also from Scotland. He said that it captured an important element of Scottish culture, the need to preserve one’s dignity.

He also told me that the Scots have a strong educational legacy. St Andrews is one of the top institutions of higher learning in the world and it’s over 700 years old. He added: “Most of the famous British pioneers who spearheaded the industrial revolution were Scots who matriculated there.”

I immediately thought of the inventor of the steam engine, James Watt. I also found out that many ships of the famed British Navy were built in Clydebank. And then my friend added: “There is a strong connection between Scotland and the Sub-continent. Tikka Masala is as popular as fish in chips in Scotland today. Inter-marriage between people from the two regions, once frowned upon on both sides, is now more than acceptable.” 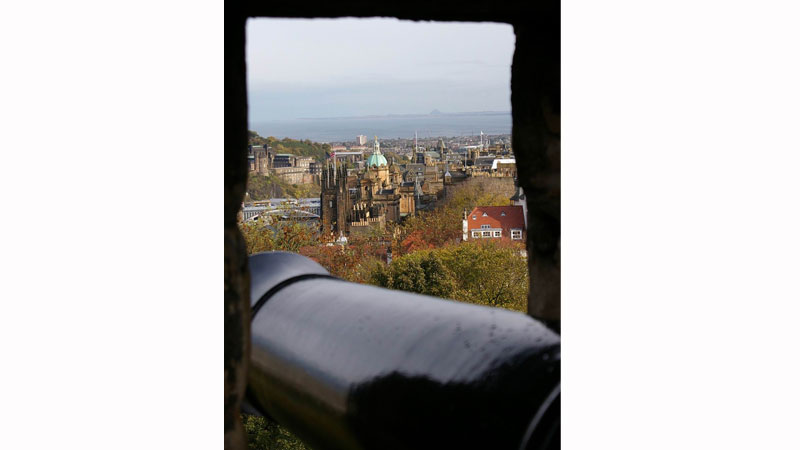 This conversation spurred my interest in re-reading the history of Scotland. I learned that Scotland was a separate country until 1707, when it merged with England and Wales to form Great Britain. But Scottish nationalism has been rising in the past couple of decades. In 2014, Scottish voters came close to passing a referendum which would have given Scotland independence from the United Kingdom.

Since Brexit, the movement in Scotland to make its own exit from the UK has been revived. The prospect of a second exit-referendum looms on the horizon. Regardless of what happens politically, Scotland will remain a great place to visit. It has castles and palaces, hills and valleys, and lakes and islands in abundance, along with a fascinating history and literature. But what makes it really worth visiting are the people.

As we boarded the train to Leeds, to check out Haworth, where the Bronte sisters wrote their classics and are buried, we realised we had just scratched the surface of Scotland. There is so much more to see on a future visit.