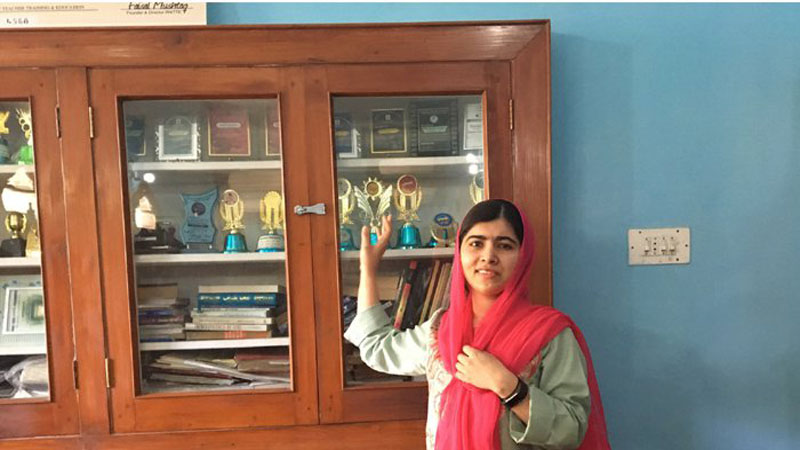 Pakistani Nobel laureate and education activist Malala Yousafzai has penned a blog on her recent and first visit to Pakistan after she left the country following an assassination attempt by the Taliban in 2012.

In her heartfelt blog, Malala recalled details of her visit to Pakistan and hoped “it will not be another five and half years” before she sees the faces of her friends and relatives again.

The 20-year-old wrote, “I didn’t leave my country by choice, but I did return by choice.”

Malala started off her blog with details of the day she woke up in a hospital in the United Kingdom. “When I left Swat Valley, Pakistan on October 9, 2012, my eyes were closed. I woke up a week later in the intensive care unit of a hospital in Birmingham, UK?-?but in my mind I was still at home,” she wrote.

The youngest Nobel Prize winner recalled the day she was shot in the head at point-blank range by Taliban gunmen as she was returning from her school in Swat valley.

“I remembered that morning. I was in my bedroom, finishing revision of my Pakistan Studies paper and praying to Allah that I would do well on my exam. I remembered eating breakfast on the floor with my family, leaving my egg unfinished and rushing off to school. After school, my best friend Moniba and I were relieved our exam was over. We giggled as we watched our bus driver Usman Bhaijaan do magic tricks with a pebble. My memories end there. Seconds later, I was attacked.”

Malala also narrated the events leading to her standing in her home in Swat Valley once again on March 31.

“On March 31, 2018, I stood in my home again?-?and felt like the past was reversing itself. My family and I packed our bags and flew from UK to Dubai and then Dubai to Islamabad. We took a helicopter from Islamabad to Swat Valley. I saw the beauty of my home from a bird’s eye view?-?the never-ending mountain range, the greenery, the rivers. I could not stop myself from looking at everything.”

Stating that she worried losing that ‘moment’, the 20-year-old said, “Worried that I would lose that moment, I recorded every bit in my memory and, of course, my iPhone.” 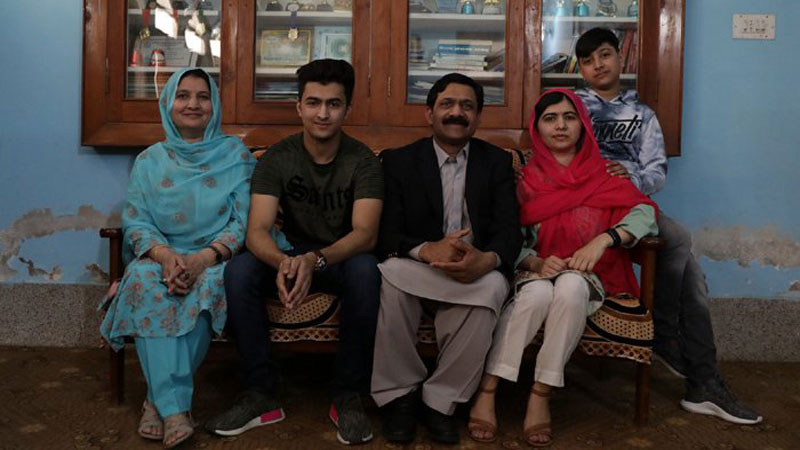 “We landed on the same helipad where I was flown away on a stretcher,” she added.

Sharing how happy her mother was to see her standing in her room, Malala wrote, “As though time stood still, I was now standing in my bedroom with my mother. When I didn’t return home from school that day in 2012, my mother wondered if I would ever see my room again, if she would ever share a quiet moment with her daughter in our home. Just seeing me standing there made my mother so happy. She said, ‘Malala left Pakistan with her eyes closed, now she returns with her eyes open’.”

More than 500 of Malala and her family’s friends and relatives came to meet them during their whirlwind visit to their hometown.

Cherishing the memories, Malala said she hoped it will “not be another five and half years before I see their faces again.”

“Besides our home, we had not seen our friends and family for such a long time. More than 500 of our friends and relatives came to greet us with hugs and prayers. We took so many pictures and I love looking at them now that I’m back in UK. But my greatest hope is that it will not be another five and half years before I see their faces again,” she added.

Speaking about the changes in the country since she left in 2012, Malala wrote, “Population growth has led to congestion in some areas. There are many more houses and people in Swat than there were in 2012. But there is also more peace. I stood on the side of a hill and looked across at the mountains where the Taliban once headquartered their forces in our area?-?now there are only trees and green fields.”

“Still, there is much work to do in my country. Pakistan comes second after Nigeria in the ranking of out-of-school children, with 24 million girls and boys denied access to education today. My dream is to see all Pakistani children in school having access to 12 years of free, safe and quality and working to build a great future for my country,” the 20-year-old continued.

The education activist also hoped that leaders and political leaders in the country make girls’ education their priority.

“In just a few years, Malala Fund has invested $6 million in our work for girls’ education in Pakistan, from opening the first secondary school for girls in Shangla to supporting Gulmakai Champions across the country. Malala Fund will continue our work?-?and I hope our leaders and political parties make girls’ education their priority as well, especially in the coming elections.” 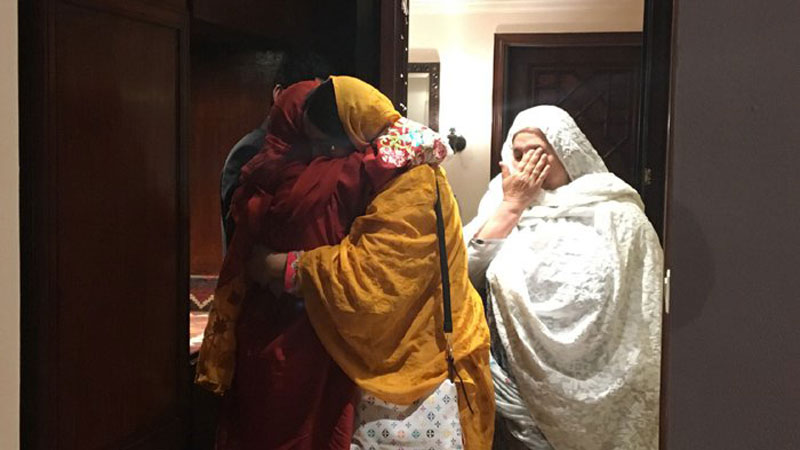 Thanking Prime Minister Shahid Khaqan Abbasi and army chief General Qamar Bajwa among others for making her trip possible, Malala wrote, “This trip was the most exciting, memorable, beautiful and haunting time for me and family. I am grateful to the Prime Minister of Pakistan Shahid Khaqan Abbasi, the government officials, the Chief of Army Staff General Qamar Bajwa, the army officials and the team at Malala Fund for making my trip to Pakistan possible for me and my family.” “I didn’t leave my country by choice, but I did return by choice,” she concluded.

Malala who is pursuing a degree in Philosophy, Politics and Economics at Oxford University visited Pakistan from March 29 to April 2.

During her visit, she held meetings with Prime Minister Shahid Khaqan Abbasi and Army Chief General Qamar Javed Bajwa, as well as other important figures. She also visited her old home in the Swat valley.