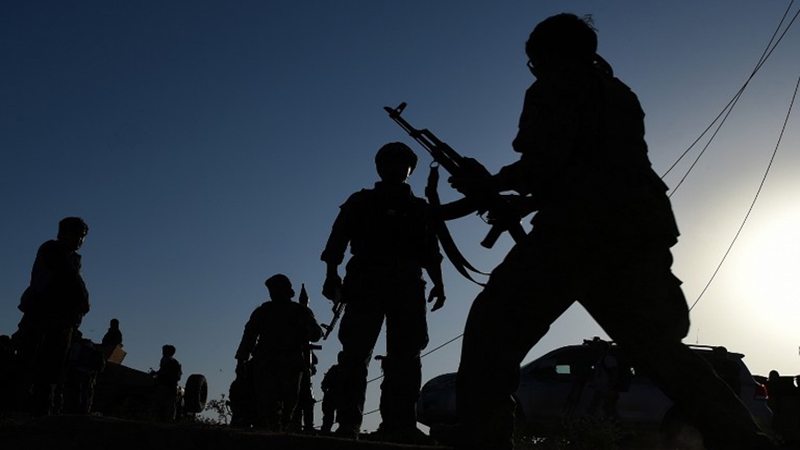 ISLAMABAD: The Afghan forces bombing of a religious school in the strategic northern Kunduz province on April 2 could be seen as a serious blow to efforts in the region for political negotiations to end the conflict in the war-ravaged Afghanistan.

The aerial strikes reportedly by the Afghan military helicopters in Dasht-e-Archi district killed nearly 70 students, including children, who were attending annual graduation ceremony, according to the Afghan media. Afghan officials, however, claim that several Taliban militants were targeted.

Tolo TV quoted Dasht-e-Archi residents as saying 50 civilians were killed and 150 others wounded in airstrike by the Afghan Air Force. Residents disputed claims by officials that Taliban militants were targeted in the strike and said the gathering was not a Taliban meeting. According to them about 300 civilians were at the ‘madrassa’ at the time of the airstrike according to the report.

Senior Afghan journalist Bilal Sarwary says at least 70 civilians, mostly children, were killed in the air strikes. He quoted military and civilian sources in Dashte Arche district as telling him that at least 100 civilians were wounded in the strike.

New York Times senior correspondent for Afghanistan Mujib Mashal quoted the district governor of Dasht-e-Archi as saying that the helicopters attacked a religious ceremony for which about 1,000 people had assembled in a mosque and surrounding fields around noon.

Afghan forces struck the religious school at a time when efforts were intensified in the region to encourage the Taliban to come to the negotiation table. But the Taliban in a late Wednesday’s statement announced to take ‘harsh revenge’ of what they called a ‘biggest crime.’

A Taliban statement launched appeal to the international independent organizations, media outlets, analysts and human rights groups to send investigation teams to the area to probe the incident, assuring them complete security.

Sad aspect of the Afghan war is that it takes the lives of mostly civilians and all sides in the conflict are responsible for civilian deaths. It is now widely believed that there are many “protest Taliban” in the ranks of the insurgents who have lost family members in attacks either by the foreign or Afghan forces and want to take revenge. If the Kabul administration and the US as well as their western allies are pleading for end to violence, they will also have to be careful in harming civilians.

As the incident has shocked entire Afghanistan, it has shifted the focus from the political process at a time when the Taliban usually launch their Spring Offensive that marks beginning of the fighting season. This year’s fighting season could be tough for the Afghan forces in view of the Taliban control over nearly 40 percent of areas. The Taliban kept their control during the winter and the Trump’s Afghan strategy with troops surge and increased air strikes in recent months could not change the Taliban positions.

In January this year a BBC study found that Taliban fighters, whom US-led forces spent billions of dollars trying to defeat, are now openly active in 70 percent of Afghanistan. Also in January the US watchdog Sigar said Taliban have expanded their control over the past six months and the insurgents now rule 54 districts of the country’s total of 407 districts.

Despite condemnation civilian casualties by several prominent Afghan leaders President Ashraf Ghani’s office defended the attack in a statement and said it was carried out on credible intelligence that Taliban gathered at the ‘madrassa’ to plan deadly attacks on Afghans. Beleaguered Ghani’s statement could not convince senior leaders. He made the judgement even before the completion of the the investigation he himself has announced.

The former President said on his Twitter “such raids, carried out in the name of fighting terrorism, on our homes, hospitals and religious facilities are against all principles.” He also called on all sides to end this conflict that only brings destruction to #Afghan lives and property.

Afghan deputy foreign minister Hekmat Karzai Tweeted “I am deeply saddened by the news of civilian casualties in Dasht-e Archi of Kunduz. The killing of innocent Afghans under any circumstances is not acceptable.”

Afghan ambassador Omar Zakhilwal said the killing of many civilians, including children, is condemnable. Such irresponsible attacks have neither been effective in end to the ongoing bloody and destructive war but expand and the war more bloody.

Afghan Ambassador to India Dr Shaida Abdali wrote on Twitter, “Irrespective of disputed reports on what exactly happened in Dashte Archi – civilian casualties including innocent children is undisputed; hence, extremely distressful. Safety of civilians is the topmost priority – and must be ensured under any circumstances.”

Parliamentary speaker Abdul Rauf Ibrahimi also condemned as unacceptable attack on the religious school in the session of the Wolesi Jirga (Lower House of Parliament), according to Tolo TV.

“There is not doubt that the Taliban were also present there, but to be honest, such a move against a madrassa, where religion is taught, is not acceptable,” he was quoted as telling the MPs, who also joined him to condemn the attack.