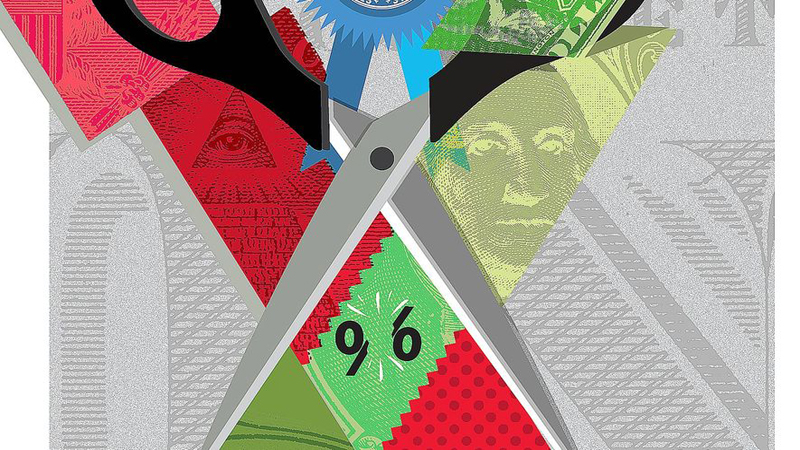 Everybody enjoys getting a pay raise. Last month, almost everybody got one as the benefits of recently passed tax-cut legislation began to kick in. And true to form, people are liking what they see.

According to a recent New York Times survey, 51 percent of those polled approve of the Tax Cut and Jobs Act, an increase of 14 points since December, when the law was enacted.

It’s a result worth celebrating, at least in part because it shows that when politicians dare to rise above the carping of critics, great things can be accomplished.

It’s pretty obvious why support for the tax bill is growing – ordinary Americans are seeing more money in their paychecks and cheering on employers who are providing bonuses, pay increases and growing their businesses.

Politicians who opposed tax reform and deride its benefits as mere crumbs might not be very good at math, but the beneficiaries of this American pay raise can count pretty well.

The US Treasury Department estimates that take-home pay will increase for 90 percent of taxpayers. An analysis by USA Today found a single taxpayer with a $50,000-a-year income will get an additional $50 a week in their paycheck.

A typical family of four earning the median income will get a tax cut of $2,059.

Sometimes when Congress passes a bill, you barely notice. Things might change, they might not, or they might change for somebody else and not for you. It might take a long time for any changes to be noticeable at all.

That’s not the case with the Tax Cut and Jobs Act, and the benefits reach beyond simply getting more money in your paycheck right now.

That includes simplification. A near doubling of the standard deduction means that fewer people will have to go to the bother of itemizing their deductions (or paying a tax preparer to do it, saving even more money).

And while hundreds of companies have raised wages and paid bonuses, the measure’s lower corporate tax rates have other less visible – but no less significant – effects. It’s no wonder. Before tax reform, our nation’s corporate rate was the highest among industrial nations, which caused US businesses to move investments and jobs overseas. Today, things are changing.

On a macro scale, the new 21 percent corporate rate will make American companies more competitive in global markets – that equals even more productivity, opportunity and job growth as companies that once might have fled overseas now have an incentive to stay here. It also means these companies will be able to give back more to their hometowns by donating to charitable causes and supporting community organizations.

All these steps help ordinary Americans as individuals, while improving the economic prospects of the country as a whole. That’s the kind of policy we expect from Washington, but so rarely get.

So yes, we ought to be celebrating, and looking forward to more. Wage growth in 2017 was already the best since 2009, and wages were up again in January. The Federal Reserve is predicting continued economic growth this year. Jobless claims haven’t been this low since 1969. Small business optimism is at an all-time high.

Thanks to tax reform, the prospects are bright for sustaining this American pay raise for some time to come. Now Congress needs to ensure those prospects remain bright by opposing any efforts that undermine tax reform’s positive benefits, and pursuing policies that promote economic growth and empower all Americans to seize these new opportunities.