‘A Shadow of Evil’ — fantasy series by a teenager 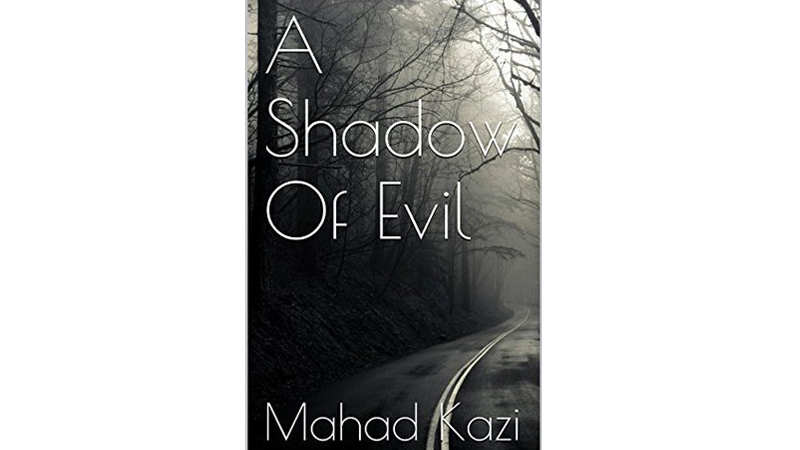 There are some extraordinary young writers who are neglected and not appreciated in Pakistan. In today’s society, young individuals are forced to study practical subjects rather than to pursue their passions. Parents want children to fulfill their dreams. They, themselves, decide what’s best for their child and crush whatever dreams and hopes the children may have. At young age, when imagination runs free and there are no limitations, everyone should be encouraged to do what they love and follow their passion.

Just like that, a 16-year-old boy named Mahad Kazi released his first book called A Shadow of Evil at the wondrous age of 15. It is the first book in a fantasy series and the second one will soon be released. Although the book is quite short, it was still an interesting read. I immensely enjoyed the world he brought to life and the characters with whose characteristics you can relate to on a personal level. He expressed his thoughts into words quite incredible and has shown the world that age does not matter. You can do it if your heart is in it. In a conversation with me, theauthor expressed that he was inspired by JK Rowling’s Harry Potter series. Now, as he was inspired by an author, maybe we can be inspired by his dedication to his passion.

The book follows the story in England where a young orphaned girl named Jessica lived in an orphanage till the age of six and from there her aunt took her home. The separation leaves a gaping hole in her heart and she longs to see her friends again. Jessica suffers from terrible dreams and does her best to eliminate the horrifying scenes from her mind but it takes a toll on her life. Due to a family misunderstanding a few generations ago, she is now suffering the consequences. It follows her journey through all the hurdles she has faced and how she remained strong. The book is short, fast paced and a wonderful story for kids to read. It ends in a cliff hanger which would make you want to read the second part as soon as it comes out.

At young age, when imagination runs free and there are no limitations, everyone should be encouraged to do what they please

Young writers like Mahad should motivate and encourage children and teenagers to be more productive in their life. I, myself, am impressed with how much this person has achieved at such a young age and it has motivated me to do more with life as we only live once. In a time when reading books is perhaps a dying out hobby and social media is taking over the lives of our young nation, these talented young writers should be an inspiration for our youth that if they can do it so can we.

The writer is a student at Institute of Business Administration at Punjab University, Lahore and can be reached at namra.khn@hotmail.com and @namra.reads on Instagram