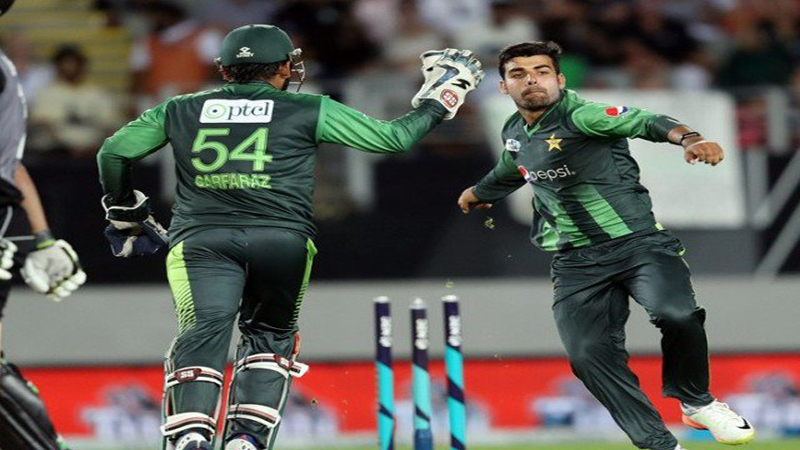 KARACHI: Pakistan will be looking to take complete advantage of home conditions and a depleted West Indies squad when they take on the Caribbean giants in a three-T20I series starting at National Stadium here from Sunday (today). This will be another significant step towards the revival of international cricket as World Twenty20 champions West Indies feature in three back-to-back matches. Pakistan and West Indies will face each other at the National Stadium on April 1, 2 and 3, with both teams looking towards a different goal. A 3-0 sweep will see Pakistan open up a four-point gap between them and Australia, as the former lead the latter by a decimal point at the moment. Meanwhile, a 3-0 sweep in favour of the Windies will take them to second spot as Pakistan will lose their top spot. The Windies, who are currently in fifth position with 115 points, will slip to 111 points and seventh position, behind England and South Africa, if Pakistan claim a 3-0 series win. A 2-1 win for Pakistan will not change the position or points for either side while a 2-1 win for the Windies will pull Pakistan down to 123 points, just two more than third-placed India. The Windies will then be on 119 points.

The Pakistan Cricket Board (PCB) has put in place stringent security arrangements for the West Indies team, with 8,000 policemen and paramilitary personnel guarding the visitors in and around the hotel and stadium. The International Cricket Council (ICC) match referee David Boon will supervise the series while ICC general manager cricket Geoff Allardice and umpires’ manager Adrian Griffith will also attend the matches to oversee arrangements. The series comes as Pakistan is enjoying guarded optimism over the return of international cricket, driven from the country after a deadly militant attack targeting the Sri Lanka team in 2009.

Earlier this month Karachi successfully hosted the final of the popular Pakistan Super League (PSL), becoming the second major venue to host international matches after Lahore hosted Zimbabwe in 2015. Lahore also hosted the PSL final in March last year, three World XI matches in September and one against Sri Lanka a month later. This year’s PSL final was the first major cricket event in Karachi since 2009. Pakistan captain Sarfraz Ahmed said he was overjoyed at the return of international matches to his home city. “This is a great occasion,” said Sarfraz, the only player in the squad who has played a limited over international in Karachi before. “We saw a big crowd in the PSl final so I hope they will come in big numbers for the Twenty20 series.”

The other two matches will be played on Monday and Tuesday. Pakistan have done well in the shortest format of the game, having won 14 of the 17 Twenty20 internationals since Sarfraz took over as captain in September 2016. That helped them reach the number one spot in Twenty20 rankings, having won 2-1 in New Zealand in January this year. Sarfraz said he hoped his team would keep the momentum. “Whatever team West Indies sends we have to play at our best because they have good shorter format players,” said the captain, whose team has only lost three of their 11 Twenty20 internationals against the West Indies. Pakistan have included three newcomers in batsman Asif Ali, allrounder Hussain Talat and paceman Shaheen Shah Afridi – after the trio fared well in the PSL 2018. West Indies will be without their regular Twenty20 captain Carlos Brathwaite, who opted out of the tour over security fears while openers Chris Gayle and Evin Lewis, allrounders Dwayne Bravo and Kieron Pollard, and spinner Sunil Narine were not available for selection due to their commitments to the Indian Premier League. Middle order batsman Jason Mohammad will lead the side, who have four uncapped Twenty20 players in batsman Andre McCarthy, fast bowler Odean Smith, left-arm spinner Veerasammy Permaul and all-rounder Keemo Paul.