Pakistan has always been a responsible member of the IAEA, adopting several safety legislations and maintaining a high level of security

Pakistan has very recently conveyed to the International Atomic Energy Agency (IAEA) its intention to subscribe to the ‘Guidance on the Import and Export of Radioactive Sources’. This was at the end of Feb 2018 after which the IAEA Director General Yukiya Amano visited Pakistan and applauded efforts by the country to increase its nuclear safety and security as the country works to triple its nuclear power capacity.

He was in Pakistan from 12-14 March 2018. He was highly impressed by the standards Pakistan is maintaining at various civilian nuclear facilities and installations. He said, “Everywhere (I went) it was clear you [Pakistan] have the knowledge and the pool of people who are dedicated to do this job.”

Pakistan has always been a responsible member of the IAEA. In Amano’s recent visit, the IAEA also published a four-year project launched this year to help bring together the key institutions in Pakistan to work more closely on the safe, reliable and sustainable operation of nuclear power plants.

Pakistan has adopted legislation Export Control on Goods, Technologies, Materials and Equipment related to Nuclear and Biological Weapons and Their Delivery Systems Act, 2004. This Act has a stringent mechanism to criminalise and prosecute the individuals and the non-state actors involved in the illicit transfer of technologies.

In addition to that, the Pakistan Nuclear Regulatory Authority (PNRA) was established in compliance with the best practices around the world, for the safety and security of sensitive nuclear material. It is the focal point for international conventions concerning nuclear safety; physical protection of nuclear materials; and early notification and assistance in case of nuclear or radiological emergencies.

As such, it assists the Government of Pakistan in the execution of its obligations under these conventions. Under the SPD, a Security Division has been established with more than 10,000 trained people for its safety and security. It has also installed a Personnel Reliability Program, which is an important asset for the physical protection of the nuclear weapons. Such a system would reduce the possibility of an insider threat.

Pakistan has undoubtedly taken a number of significant steps to improve its nuclear security over the past decade, which includes its effective functioning with the US to equip its ports with scanners to detect radiological material. Similarly, it has projected certain legal bindings on it by executing several bilateral and multilateral agreements at national and international level. The ratification of Convention on the Physical Protection of Nuclear Material (CPPNM) is one among the major commitment in this regard.

Pakistan’s politico-military command, in the existing strategic environment, is determined to work for nuclear safety in a coherent manner that would positively ensure the peaceful and non-violent use of fissile material

‘The 2005 Amendment obliges countries to protect nuclear facilities, as well as nuclear material in domestic use, storage and transport. It provides for more international cooperation on locating and recovering stolen or smuggled nuclear material’.

In the fourth and final Nuclear Security Summit (NSS) of 2016, the practical efforts of Pakistan were acknowledged to ensure the safety and security of its nuclear facilities. Pakistan has also highlighted in this summit, its nuclear material’s safety and security record and demanded to put an end to the discriminatory Nuclear Supplier Group restraints on nuclear equipment and technology transfers to Pakistan. 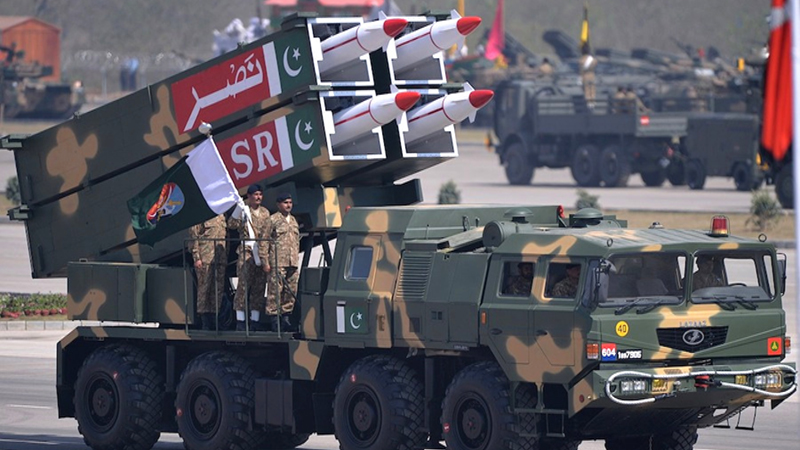 Syed Tariq Fatemi, who previously served as a Special Assistant to the Prime Minister of Pakistan on Foreign Affairs categorically stated once: ‘Pakistan has strong credentials to become a member of the Nuclear Suppliers Group and other multilateral export control regimes, on a non-discriminatory basis.’ It is because; it maintains a safe, secure and effective nuclear program.

Pakistan’s politico-military command in the existing altering strategic environment is firm to work for nuclear safety and nuclear security in a coherent manner that would positively ensure the peaceful and non-violent use of nuclear material. DG Amano was also taken to the under-construction K-II, and K-III nuclear plants and it was reassuring that he acknowledged Pakistan’s need for more energy and maintained that Pakistan is committed to nuclear security at all levels and most importantly is cooperating with the IAEA.

The writer works as a Senior Research Associate for Strategic Vision Institute, and can be reached at beenishaltaf7@gmail.com