3 business deals that have been screwing us for years 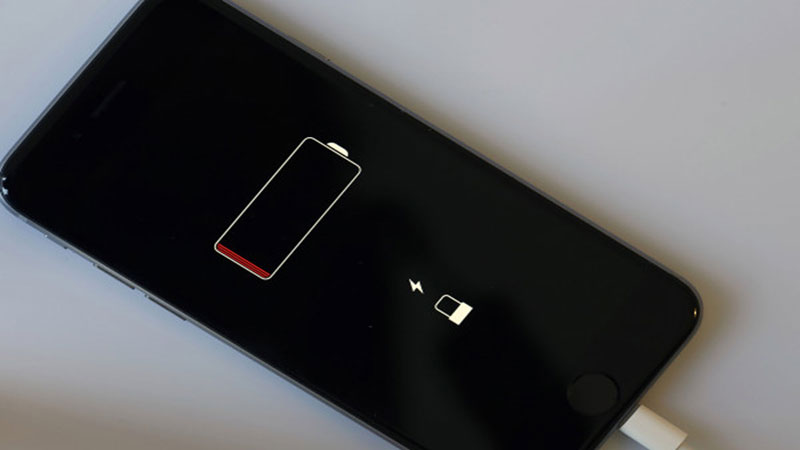 If you think politicians are shady, a new book has some news for you – businessmen are worse.

“The Deals That Made the World: Reckless Ambition, Backroom Negotiations, and the Hidden Truths of Business” (William Morrow) by Jacques Peretti exposes the many ways that businesses have conspired to control our world.

“They have changed how we spend and think about money; the way we work; how we conceptualize wealth and risk, tax and inequality. These deals invented and then taught us to embrace the concept of the consumer upgrade. These deals have even altered the shape of our bodies,” writes Peretti.

Peretti, who started his career as a researcher in UK’s Parliament, realized how little power politicians had. They “didn’t appear to do very much,” he writes. When Peretti later became a BBC investigative journalist, he witnessed firsthand where the power had shifted.

“My years of reporting have shown me that it is not always politicians and world events that fundamentally transform our everyday lives but often business deals,” Peretti writes. “Deals made in secret: high up in boardrooms, on a golf course or over a drink in a bar.”

In his book, Peretti describes 10 secret business deals that changed our lives. Here, The Post focuses on the three most infuriating .?.?.

The deal that taught us to embrace the ‘upgrade’

The deal: General Electric, Philips, Osram and others conspired to limit the life span of the light bulb, starting what we now call “planned obsolescence.”

“Planned obsolescence” hit the news in December when Apple faced allegations that it used software updates to drain the batteries of older iPhones, forcing customers to upgrade their devices.

Though Apple said that it was responding to a software bug and not deploying planned obsolescence, the news confirmed something we long suspected: Companies intentionally mess with the products we buy in order to force us to buy more.

This is far from a new phenomenon. Writer Peretti traces the first use of planned obsolescence back to the light bulb.

In 1901, Shelby Electric had designed a bulb that would never burn out. Instead of embracing this step forward, the big five light-bulb manufacturers – part of a secret cartel called “Phoebus” – decided to counterattack.

They met in Geneva in 1924 with one aim: “To stop anyone from creating a light bulb that lasted more than six months .?.?. putting any company that did not follow their rules out of business.”

According to a New Yorker article, the cartel set a 1,000-hour standard for their bulbs – even threatening fines for bulbs that burned longer. Though the cartel claimed their shorter life span bulbs were higher quality, researchers who studied the bulbs said there was no evidence this was true.

The companies were in the unique position to edge out any business that didn’t fall into line, as they were all key players in infrastructure and street lighting while also providing copper wiring for phone lines and cables for ships, bridges and trains.

The idea of “planned obsolescence” was so effective that the cartel applied it to other products they made, like fridges and ovens.

They even put together a sliding scale of obsolescence, which decided the life span of their products. “Henceforth, mass production would reverse engineer an object from the moment it should break, backward,” Peretti writes.

We were never supposed to know about this meeting. But the confidential minutes were uncovered more than 50 years later when an enterprising historian raided the empty offices of Osram Electrical Company in East Berlin during the fall of the Berlin Wall.

There, he found the obsolescence spreadsheet – and evidence that we consumers have long been duped.

“The papers proved something we all vaguely believe exists when our kettle mysteriously stops working six months after we buy it and as it turns out actually does exist: planned obsolescence,” writes Peretti.

“Today, the upgrade is a way of life. We change our phones every 11 months .?.?. We belong to the global cult of what product designers call ‘infinite new-ism’ – a distrust of anything ‘old.’?”

The deal that invented obesity

The deal: Insurance company Metropolitan Life introduces the BMI measurement as a way to charge higher rates. Doctors and pharmacists embrace the index and an obesity panic is born.

The obesity epidemic’s origin did not begin in a lab – but in an insurance office in Midtown Manhattan.

MetLife number cruncher Louis Dublin needed a way to pad his lower than expected profits. He found that he could easily raise rates by lowering the threshold of who would be considered “overweight” and “obese” – conditions that tend to come with greater health risks and greater premium rates. But he needed the science to back him up.

Dublin stumbled upon the BMI – body mass index, a metric that measures body fat by dividing weight by height squared – created by 19th century statistician Adolphe Quetelet. As soon as Dublin applied the BMI, half of his clients could be considered overweight or worse.

This is because BMI was based on the optimum weight goals of a 25-year-old. “The older you got, the less likely you were to hit this ideal 25-year-old-self weight, and the more you could pay in insurance,” writes Peretti.

The BMI metric not only boosted MetLife’s numbers, it also took on a life of its own. Doctors embraced it, as did pharmacists. New drugs (mostly amphetamine-based) hit the market along with products like SlimFast, light meals and diet sodas, as people struggled in vain to hit the new targets.

But here’s the problem – the BMI metric lacks scientific backing.

Since the equation doesn’t make any allowance for the density of bone or muscle, athletic people usually have higher BMIs. “Someone like Usain Bolt would be considered obese according to its calculations,” writes Peretti.

Most recent studies show that BMI categorizes about one in three Americans as obese – but about 29 percent of these people are actually considered metabolically healthy by all other estimations.

In 2013, the journal Science released a paper casting doubt on the clear-cut connection between higher BMI and early mortality, and Nick Trefethen, mathematics professor at Oxford, wrote that the BMI is a “bizarre measure” that has led “millions of short people [to] think they are thinner than they are, and millions of tall people to think they are fatter.”

Despite the naysayers, BMI’s legacy continues on outside the MetLife building – and is still used by the Centers for Disease Control and Prevention and the National Institute of Health today.

The deal that got us to spend more money

Money may not be as old as man, but it’s close. Coins used as currency began circulating in the 6th century BC.

Now we are on the cusp of killing cash and Peretti doesn’t feel it’s a natural step forward, but instead a result of a business deal “between a small clutch of tech visionaries 20 years ago who remain close associates and investors in one another’s ventures.”

Their goal is clear: to wrest control of money “away from the banks and even governments and placing it instead in the hands of new players: tech companies.”