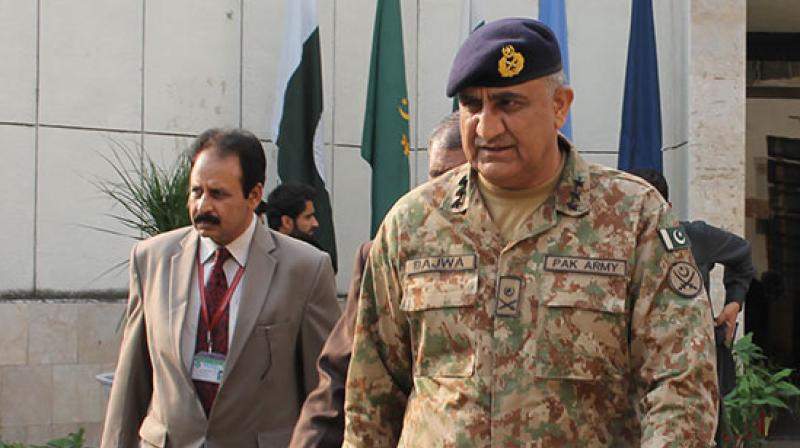 Shaheen Sehbai, a very senior journalist, caused a bit of sensation when he revealed that a select group of journalists was recently invited by the chief of the army staff for an informal off the record discussion.

The chief apparently laid out his vision and plans before the journalists and thus we were able to gain some insight into what he’s thinking and what his plans are for the Islamic Republic.

One of the first journalists to provide an insight into that meeting was seasoned analyst Imtiaz Gul in his article titled ‘New battle lines: Army will stand by judiciary if needed’ which was published in the Daily Times on 11th March 2018.

This whole activity was preceded by a bit of ruckus in the Balochistan assembly which led to a relatively unknown Abdul Qudoos Bezinjo becoming the chief minister of the province. Who made that possible is an open secret and I do not want to dwell on that for now.

The senate elections took place and the party bagging most number of seats was unable to secure the seats of Chairman and Deputy Chairman of the Senate despite claiming to have the numbers. Nevertheless a democratic process was duly completed. ‘National interest’ forced bitter rivals like Imran Khan and Asif Zardari to support yet another unknown candidate Sadiq Sanjrani. Mr Sanjrani is about 40 years of age and therefore will not be able to act as the acting president if the need so arises. So who will be the acting president is quite clearly stated in the constitution. Maybe I am thinking too much. Let’s take a pause and come back to Mr Imtiaz Gul’s article.

In the article, he raised no less than nine key thoughts of the chief. My two cents which I love to call analysis can be considered as a Jawab-e-Shikwa to the apparent dissatisfaction of the chief towards the current setup, is based on the very same article. Since no one from ISPR has refuted the article or any of the contents and since Imtiaz Gul is a respected and seasoned analyst, I take that the article cannot be doubted.

I will relate to the points in the sequence as positioned by Mr Gul in the article.

We come to know that a visibly passionate Bajwa said the jihadists were no more “acceptable or relevant” to law based democratic order. I totally agree. They are no more relevant or acceptable. Wait, does that mean they once were? Can we get to know who had made them relevant and when did it happen? Did the civilian government of that time (if there was one) played a part in creating jihadists? When and how exactly the chief realised they had become irrelevant? Is there a chance they can become relevant again? Answers to these questions will help us understand the situation and then we can easily mind our own business.

Secondly we come to know that “current socio-political and economic crises also stems from willful deviation from law by civilian and military elites”. It’s heartening to know that the chief thinks there was something wrong on the non-civilian side as well. We do see politicians’ names being dragged through the courts and newspapers alike. These politicians belong to all the parties. Wouldn’t it be wonderful if we came to know a bit about the ‘military elite’ who ‘willfully deviated from the law’? That is, if they are not above the law. Only a dozen or so names or cases against such elites will suffice.

We were told that ‘subversion of the judiciary or its rulings’ is not to be tolerated or allowed as it can push the country into chaos. I agree that the Supreme Court must be respected at all costs. It is also imperative for the court and the judges to speak through their judgments and not through their remarks which can give an advanced and premature insight into the decision that might be due. Some cases are pending against Musharraf. Wouldn’t it be nice if he was brought back to face the trial, just to uphold the sanctity of judiciary and make everyone see that no one is above the law, even if someone is?

Sir, isn’t the army under ‘the command and control of the federal government’? I must be naive not to know this. As far as I can remember, when the then CJ had requested the then chief General Jahangir Karamat for help, he had sent that order to Ministry of Defence. Please don’t mind my ignorance.We just want to know if he was right or wrong.

In a ‘veiled reference to ex PM Nawaz Sharif’s complaints to judiciary’ the chief feels everyone should perform his/her functions with ‘honesty and integrity’. I have just one question. How can we define integrity and honesty? Would it be akin to articles 62 and 63? It would be good to see how this can be implemented across the board. By the way, what about the dragging and house arresting of an honourable Supreme Court judge under Musharraf? I can only guess that it did not look like a respectful gesture towards the judiciary. Will the instigator be taken to task?

The chief believes that the grey-listing by the Financial Action Task Force (FATF) was due to former finance minister Ishaq Dar. Wait. Wasn’t it due to allegations of our state institutions supporting ‘internationally designated terrorists’ like Hafiz Saeed? You can blame Dar all you want for raising the debt or ruining the economy but I don’t think he is entirely to blame for this grey-listing fiasco. Maybe some introspection is required.

In the seventh point, we come to know that leaders like Altaf Hussain are now ‘history’ as ‘Altaf, violence and extortion’ are not acceptable at all. Not very long ago he seemed very acceptable to a senior of Mr Bajwa who is now an absconder – I mean Musharraf. What does the current chief have to say about the ex-chief Musharraf’s take on Altaf? Was he tricked into doing all of this, as surely he can’t be supporting violence being a man of ‘integrity and honesty’? Moreover, who exactly has decided that Altaf is history? Is it the army or the federal government or someone else? We would also like to know who armed these people in Karachi. It would also be good to know why Altaf was tolerated till now if, as claimed, he was such a nuisance.

The eighth point talks about the Afghan Taliban. “We have told them to either talk or leave us alone”. A common citizen with an average IQ like mine is bound to have some trouble understanding this. So if they don’t talk to us how exactly are they supposed to leave us alone when they are right next to us across the border? What will be our role in Afghanistan if they leave us alone? I don’t even want to imagine what if they decide not to leave us alone.

Lastly, we get to know that it is time to “rectify those mistakes”. Can we know what these mistakes were so that people or institutions who made it do not make it again? Maybe we can also think of holding them accountable.

The author is a Chartered Member of the CIPD UK&Level 1 & 2 Certified Expert from the British Psychological Society. He is Adjunct Faculty at Lahore School of Economics & Punjab University. He is an alumni of NUST and Middlesex University London. He can be reached at manzar.bashir@gmail.com and  tweets @manzarbashir