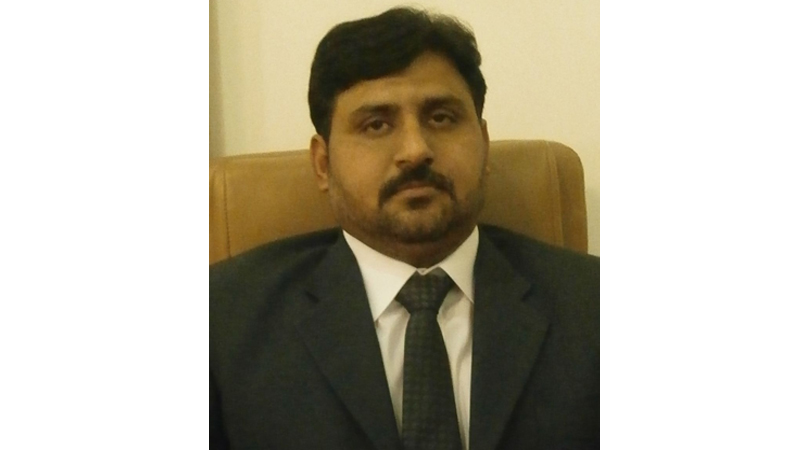 March 24 is commemorated as the Tuberculosis (TB) Day the world over. The day reminds the world that TB remains a threat for most of the world and that it is a curable disease.

The day is very important for Pakistan because of its high incidence of TB deaths.

The day is, in fact, a tribute to medical scientist Robert Kocks, who on this day in 1882 announced discovering Tuberculosis causing organism Mycobacterium Tuberculosis. The landmark discovery changed the perception of the disease; the World Health Organization (WHO) declared TB Global Emergency in 1993 while Pakistan declared National Emergency in 2001. The day aims at increasing awareness among the public that tuberculosis today remains epidemic in much of the world, mostly in the developing countries, causing the deaths of several million people each year.

Tuberculosis is an ancient infectious disease which affects the people across the world. The main symptoms of the disease are: coughing more than two weeks, coughing up blood, experiencing night sweats, feeling weak and tired and losing weight and decreased appetite. TB, though a curable disease, remains one of the top 10 causes of death worldwide.

TB transmits to other people when a TB patient coughs and sneezes and the air having TB bacterium is inhaled by a healthy person. Do not panic as TB does not spread through quick, casual contact, like passing by a patient on the street, by sharing utensils or food, cigarettes or drinking containers, by exchanging saliva or other body fluids and by shaking hands.

Also, 90 percent of the people do not become TB patients if TB bacterium enters their body. Strong immunity keeps them safe. Only 10 percent of them suffer TB disease because of their compromised immunity. TB commonly affects two sites of the body – Pulmonary TB and extra-pulmonary. The majority of patients are with Pulmonary TB which transmits TB in communities.

Usually, two diagnostic techniques are used in the developing countries to diagnose TB patients – sputum sample examination and chest X-Ray. In the last few years, the WHO and other international technical agencies for TB have introduced advance and rapid techniques and equipment. Such innovations have brought about a revolution in the field of TB patients diagnosis for their quick and realistic diagnosis. Pakistan has been supported by international donor agencies to established around 100 modern and rapid diagnostic facilities,

If a TB patient is not diagnosed properly, it remains untreated and over the time, spreads TB to 10 to 15 healthy people in one year. So, the proper diagnosis of TB is important so that their treatment can be started timely to control TB in the country. Similarly, if the diagnosed TB patient does not complete his treatment duration and interruptions in treatment intervals cause the main reason of drug-resistant TB which is very dangerous and crucial type of TB, the treatment cost of DR TB is very much high as compared to routine patient and treatment duration exceeds to 24 months while normally treatment duration of TB patient is 6-8 months.

Pakistan currently harbours the fifth highest burden of TB alongside the fourth highest burden of drug-resistant TB the world over. With an annual incidence of TB being 270/100,000, Pakistan produces 510,000-730,000 cases annually, of them three out of four patients in the economically productive age group 15-45 years. As we move in the era of Sustainable Development Goals, TB control needs very high priority in the health sector.

Pakistan, in alliance with provincial governments and private organisations, is running the TB control programme. The government of Pakistan and other partners are supporting this programme. The most important supporter in this regard is the Global Fund. With the support of Global Fund and WHO around 1,500 laboratories, 5,000 treatment sites and selected private clinics have been established where free of cost treatment facilities are provided. The overall objective of the NTP is to reduce mortality, morbidity and disease transmission so that TB is no longer a public health problem. The NTP, Ministry of National Health Services Regulations & Coordination developed a comprehensive strategy under the National Strategic Plan for TB control in the country. A TB free Pakistan by reducing 50% prevalence of TB in general population by 2025 in comparison to 2012 through universal access to quality TB care and achieving Zero TB death”.

Beyond all the efforts put by the government of Pakistan and the partners, there are still challenges to overcome to achieve objectives to control TB; lake of health education, less literacy rate, social stigma, financial burden, access of females to health facilities, unorganized private sector, involvements of informal sector, there is need to design long terms program for expansion of TB control activities and establishment of health facilities, involvement of communities through awareness programsto make leaders, notable, representatives from all culture, last and very important Approval of legislative bills on TB as notifiable disease and implementation of law for a ban on “over the counter” sale of Ant Tubercular Treatment (ATT) drugs from provincial assemblies and it political commitment exist at all levels.

The author is the project manager with Greenstar’s TB project.