Instead of poking its nose into the domain of the parliament, Baba Rehmatay’s judiciary needs to stay within its limits, with or without resorting to judicial activism

Parliament is supreme. This stance offers a major challenge to parliament’s two competitors, the army and the judiciary — a case comprehensively dealt with in Article 6 of the 1973 Constitution of Pakistan. Since the beginning of this year, one can notice an effort launched by the higher judiciary to belittle the parliament under one ruse or the other.

On January 19, heading a three-member bench hearing a suo moto case on the dried-up Katas Raj pond, Chief Justice Mian Saqib Nisar said that the parliament was supreme: ‘We heard the other day people were condemning the parliament, but for us it is supreme’. However, on February 20, while heading a three-member bench hearing a case on the media commission, Justice Nisar recanted his words and declared the constitution above the parliament: ‘Parliament is supreme, but there is also the Constitution above it’. The shift in stance was ominous. On March 9, while heading a bench hearing the suo moto notice case (related to a fee hike for admission into medical colleges) at the Supreme Court (SC) Lahore registry, Justice Nisar assumed the title of Rehmatay Baba, an oldie concerned with the welfare of people. This was how a corridor was created to reach out to people to offer a parallel narrative of the people’s judiciary. This opinion piece will attempt to bust four myths related to the power of the SC vis-à-vis the parliament.

It is not the SC, but the parliament which inherits the status of a primary law-making body, whereas the SC is tasked with the interpretation of the constitution

First: the SC has a legal edge over the parliament. In this regard, there are four limiting factors. First, the parliament (i.e. the constituent assembly) is born delineating its itinerary and goal through its product which may be an unwritten or a written constitution. The product, in turn, produces the SC down the line. Second, not the SC but the parliament (ie the legislative assembly) inherits the status of a primary law-making body, whereas the SC is tasked with the interpretation of the constitution. Third, the SC cannot create a law to interpret it. Instead, the SC is dependent on the parliament for the provision of law to interpret it, though the SC is permitted to fill in gaps in a given law, if not objected by the parliament. Fourth, the powers of the SC are neither spontaneous nor regenerating. Instead, these are subject to the permission of the parliament. Collectively, this is how the parliament establishes its undisputed constitutive and legislative sovereignty (or supremacy) over the SC.

Second: the SC enjoys certain unfettered and unlimited powers of action. In this regard, Article 187 dilates on the ‘Issue and execution of processes of Supreme Court.’ Article 187(1) says: ‘Subject to clause (2) of Article 175, the Supreme Court shall have the power to issue such directions, orders or decrees as may be necessary for doing complete justice in any case or matter pending before it, including an order for the purpose of securing the attendance of any person or the discovery or production of any document.’ However, Article 175(2) says: “No court shall have any jurisdiction save as is or may be conferred on it by the Constitution or by or under any law.” Here, two points are important. First, the scope of Article 187(1) is conditional upon the allowance given under Article 175(2). That is, Article 187(1) is applicable if its application is permitted by Article 175(2). Second, Article 175(2) is restrictive (and not all-encompassing) in nature (e.g., in the context of ‘No court has powers unless conferred upon it by the Constitution or any law’). That is, the court cannot use any power or authority not vested in it by the Constitution or law. This point has profound implications for Article 187 of the Constitution. This is how the ‘complete justice’ concept enshrined in Article 187 (1) is rendered subject to law, and not as per the will of the judges of the SC. 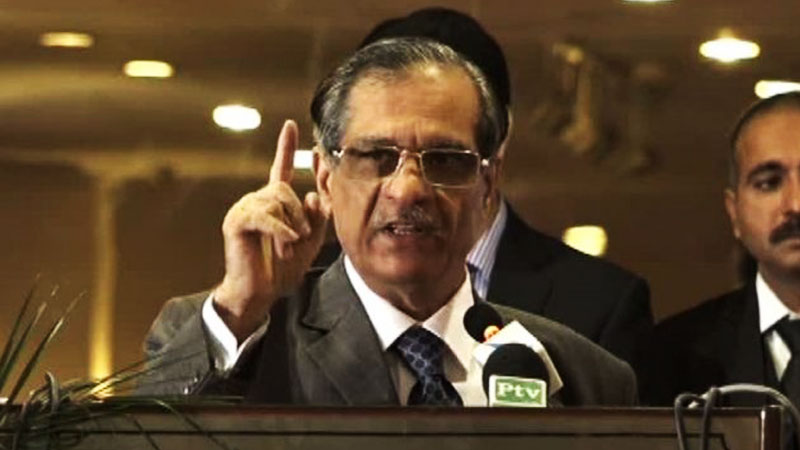 In short, parliament is supreme. Instead of poking its nose into the domain of the parliament, Baba Rehmatay’s judiciary needs to stay within its limits, with or without restoring to judicial activism.