Journalists inform, entertain and educate the masses. They are a beacon for society, but too often, they are brutally murdered just for doing their job and spreading the truth

Slovakia is a central European country known for its dramatic natural landscape and many castles; however, this beautiful country is now being accused of mafia.

According to UN 2011 report, “more than 500 killings are witnessed during the last 10 years; journalism is one of the most dangerous professions in the world, according to an alert from the United Nations.” Those who choose this field of work venture into a life of exhilaration and intrigue; always searching for the next headline, these people potentially risk their lives to deliver the latest news around the world.

However, there are specific beats in journalism which are pretty dangerous to practice. There are only a few journalists only who practice investigative journalism and Ján Kuciak was one of those daring young journalists, unfortunately he was shot dead while investigating the mafia in Slovakia. Jan Kuciak was investigating government corruption he with his fiancée was killed at their home last month (February.) The 27-year old was working on a story linking high-level political corruption in Slovakia with the Italian mafia. 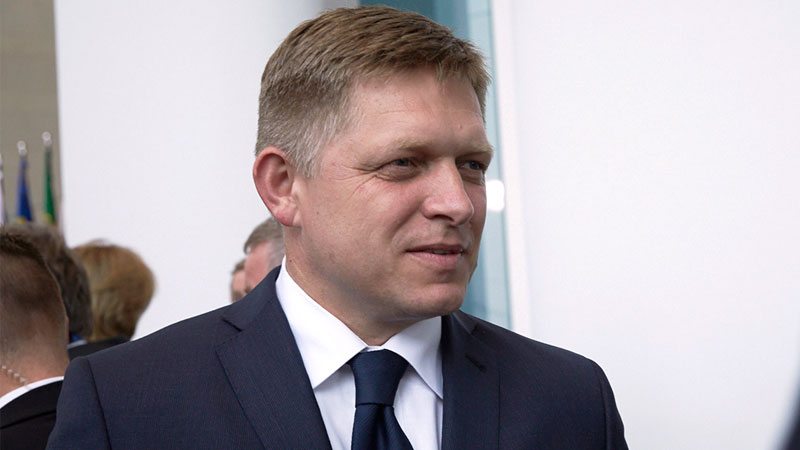 Slovak Prime Minister Robert Fico has said he is prepared to resign if the president accepts that the current coalition can continue for the rest of its term without early elections. Mr Robert Fico said he was ready to present a candidate for PM from his party. It comes right after a political scandal caused by the murder of a journalist.

“Today I have offered my resignation to the president of the republic,” Mr Fico told a news briefing. “If the president accepts it, I am ready to resign tomorrow.”

It sits at the top of Jan Kuciak’s final, unfinished article, published at midnight not just on his own news site — aktuality.sk — but, symbolically, by a number of others. Kuciak’s last article — published posthumously — alleges links between the Italian mafia and figures close to the Prime Minister, Robert Fico. Kuciak alleges that Italian businessmen with ties to the feared Calabrian organised crime syndicate the ‘Ndrangheta have settled in eastern Slovakia, and have spent years embezzling EU funds for this relatively poor region on the border with Ukraine.

There are specific beats in journalism which are pretty dangerous. There are only a few journalists who practice investigative journalism and Ján Kuciak was one of those daring young individuals, unfortunately he was shot dead while investigating the mafia in Slovakia

The two said in a joint statement that they would step down from their roles in government with immediate effect until the case had been investigated. They said attempts “by some politicians and the media to link our names to these repellent crimes” were unacceptable. They were stepping down so their names could not be used in a political battle against Mr Fico, they added.

The Minister of Culture Marek Madaric, a member of Mr Fico’s SMER party, has also resigned, saying he felt it was his only choice as a minister in the wake of the killings.

“Do not link innocent people without any evidence to a double homicide,” Mr Fico told journalists.

“It’s crossing the line. It’s no longer funny,” he went on, castigating the opposition and the media for using the tragedy to further their own ends.

Journalists inform, entertain and educate the masses. They are beacon for society but they are brutally murdered just for doing their job and spreading truth for Nation.