Masjid Mariam Zamani — the ‘mother of all mosques’

It is the earliest surviving monument of the Mughal era, hence the name 'mother of all mosques' 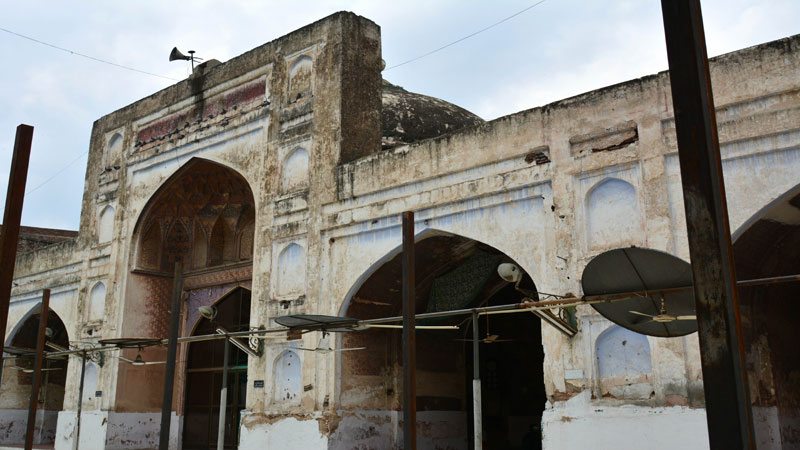 You must bewildered while reading the term ‘mother of all mosques’. Well the Mosque I am telling you about today is the oldest surviving Mughal era mosque right here in the heart of Lahore, which is also referred to as ‘Androon Lahore’ or the ‘Old Lahore’. It is called Mariam Zamani or Begum Shahi Mosque and is located inside the Masti Gate of Walled City of Lahore. This majestic mosque is hard to find from the main road as it is all encroached upon by rim market. This mosque is right opposite the Akbari Gate of Lahore Fort. When the Mosque was built, it was connected with the Lahore Fort with a small garden. It is also said in some historic pieces that the ladies of the fort would go there for offering prayers. This hidden gem like Mosque behind the ugly Rim Market is a masterpiece of architecture and tourists cherish it for its design and fresco.

It is the earliest surviving monument of the Mughal era, hence the name ‘mother of all mosques’. Historians state that Masti Gate was named after the Mosque and was Masjidi Gate. Over the passage of time the name was distorted to Masti Gate as known today by the people of Lahore. You can access this gate from the circular road and take a turn towards the Masti Gate (a directional sign is placed there). As you move further down the lane you will see the Akbari Gate of Lahore Fort on your right and opposite to it is a small entrance amidst the ugly shops of alloy rims.

The documentation of the mosque has started and we will soon see it conserved to its original glory. The proposals of relocating Rim Market and truck stands around it are also being sent to the government of Punjab so that this mosque can again be connected with the Lahore Fort

The majestic mosque was built in 1611-1614 by the Mughal Emperor Jahangir for his mother Mariam Zamani. There are a few controversies about who actually Mariam Zamani was. Some historians argue that it was Jodha, the Hindu wife of Mughal Emperor Akbar, (Rajkumari Heer Kunwar of Amber, also known as ‘Maharani Jodha Bai’ in popular culture) as recorded in an inscription consisting of three couplets fixed on the northern gateway. Some claim that it was the Portuguese wife of Akbar. Among the Mughals, the queen or the mother of successor to the throne was named as Mariam ul Zamani or Mariam ul Makani. This mystery is still unresolved but we have no concern with it, as our topic is the grand splendid mosque of Lahore, the Mariam Zamani Mosque.

The historians and architects believe that this Mughal mosque in Lahore was the first to have a five-bay facade that became the pattern for many mosques built by the Mughals in the subcontinent like Wazir Khan Mosque or others. The mosque is made of fine brick masonry rendered with plaster, a common material used during the Mughal era for constructing mosques and other buildings.

This mosque, if compared with Wazir Khan Mosque of Lahore, is smaller in size but the interior is as beautiful as that of Wazir Khan. If we dig into historic accounts like ‘Tehkeeqat-e-Chisti’ or ‘Naqoosh Lahore’, we get to know that the mosque covered an area of 135ft by 127ft. now it is reduced in size because of the massive commercialisation around it and building of residential blocks. 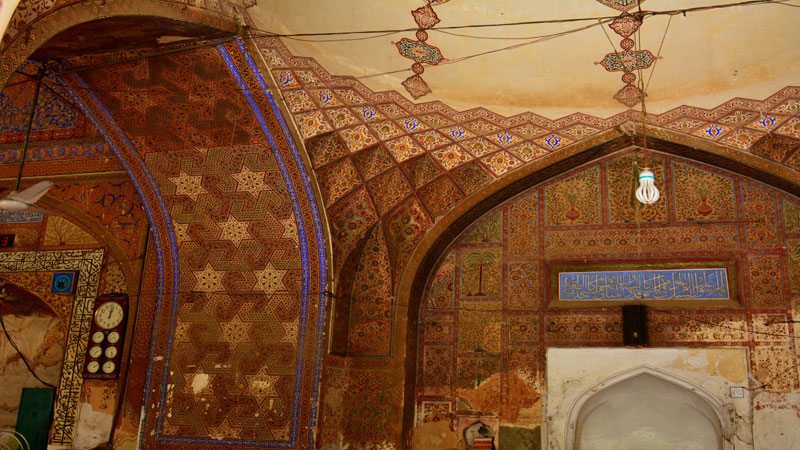 The Gurdawara of Bhai Mani Singh is also located near this mosque. These small pieces and marks of past reflect the level of tolerance in that society. Coming back to the built of the mosque, we see a water cistern for ablutions in the center of the mosque as we enter through a narrow gate.

The cistern is now repaired, a reason I understood was may be the restoration or increasing its size for people now. Similarly, like the water cistern, the flooring is also changed. I think the floor must have been similar to that of Wazir Khan Mosque because in those times the Mughals used brick flooring, the same as we see in Lahore Fort as well. Removable canopies have also been added in the main courtyard for the people who offer prayers there in scorching summers.

The prayer chamber is still a marvel. Though much of the fresco work has faded away, some is intact and would take away your senses. The prayer chamber is divided into five compartments. A series of high, deep arched recesses set in all five compartments inside the prayer hall which elevates the luxuriousness of the mosque. The lower casing is almost purely of stucco known as ‘guchh’. The wooden uprights standing between the upper and lower shells with their ends embedded in them are a unique feature probably given for strengthening and support of the building. I must say that the Mughal builders were really clever and master at their work.  The central Mehrab or arch is treated with geometric, floral, and inscriptional stucco ornaments. You will see that the fresco is intact on the ceilings and heighted walls and corners. People there are not much familiar with the importance and uniqueness of fresco and therefore the regular washing of the floors has ruined and washed away the beautiful artwork.

Like in other Mughal era mosques and monuments, the fresco here is matchless and speaks high about the painters and their love for art. The fresco designs include floral and mosaic art work with line patterns. The importance of mosque also lies in the exceptional paintings which are an example of artistic work known as ‘Monnabat kari’. The Mosque is adorned with several inscriptions, both Quranic and non-Quranic.  The non-Quranic inscription is the name of the founder and the date of completion of the mosque. 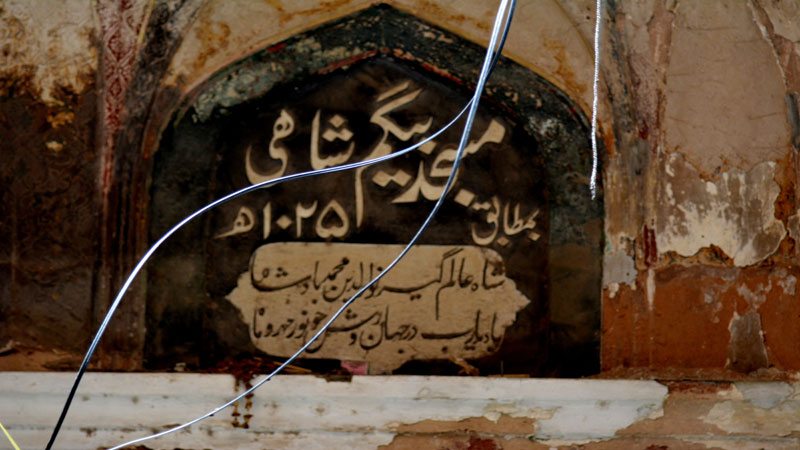 During the Sikh era this splendid mosque was turned into a gunpowder factory and it became popular as Barood Khana Wali Masjid (the mosque with gun powder). In 1850 the British Raj handed over the mosque to the Muslims who restored it to its original glory. Now another good part is that the Walled City of Lahore Authority is undertaking the conservation work of this mosque. The documentation of the mosque has started and soon we will see it conserved to its original glory. The proposals of relocating Rim Market and truck stands around it are also being sent to the government of Punjab so that this mosque can again be connected with the Lahore Fort. If this idea is materialised, trust me you will not find such a magnificent historic complex in the entire world. Once conserved, it can be connected with the fort, Food Street and Greater Iqbal Park. This will be a mind blowing experience for the tourists. But we will have to wait and see who wins, the encroachers or the heritage. 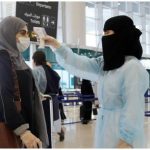 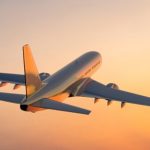 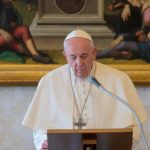