Can the ‘desi’ feminist slogans make a difference? 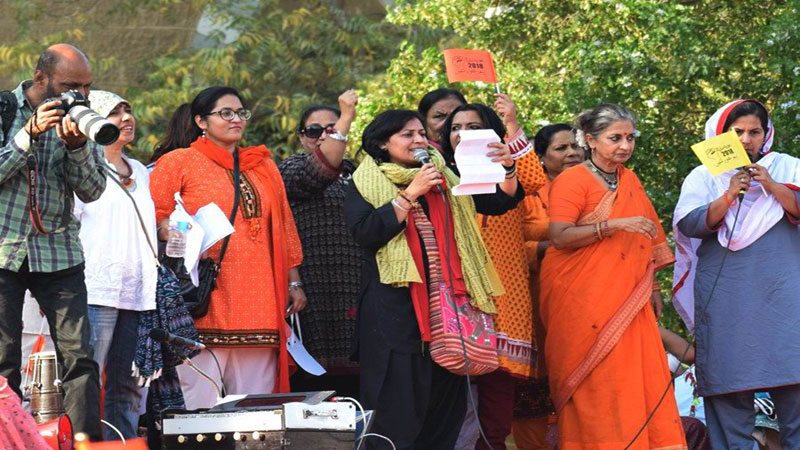 This year, 8th March, recognised as the International Women’s Day, was celebrated enthusiastically in Pakistan. Women from all walks of life joined hands and came out in great numbers to march peacefully for economic, reproductive and environmental justice.‘Aurat March’ was initiated in the metropolitans of Lahore, Islamabad and Karachi where women marched together chanting, singing, dancing, holding brightly colored placards scribbled with creative slogans both in Urdu and English, highlighting the cause of women empowerment. “Khud kaana garam kar lou” (Prepare your own food), “my body is not your battleground” were some of the slogans inscribed on placards that the marchers carried.

It was a historic moment and was bound to become a social media sensation but to no surprise, the moral police on social media, comprising both men and women, set out to restore the patriarchal order and demonised the progressive cause which they saw as an attack on culture and of course an attempt to extend the cause of ‘feminism’ that for them is just a western, liberal agenda maligning the eastern culture and leading astray our docile eastern women.

The moral police on social media, comprising both men and women, set out to restore the patriarchal order and demonised the progressive cause which they saw as an attack on culture and of course an attempt to extend the cause of ‘feminism’ that for them is just a western liberal agenda

The most interesting attack on the Aurat March was on the ‘desi slogans’ that creatively attacked the very roots of the cultural oppression that women face in Pakistan. The culture-police set out to criticise those slogans through arguments that they were convinced were real arguments and rather logical.

The most common argument was naturally on the appearance of the women holding those placards. It was noted by some that the women were dressed inappropriately while others protested that the women were far too well-dressed and hence did not even need to come out and protest because they had everything that they needed (since clothes are all a person ever needs…), all thanks to their providers, ‘the men at home’.

It is to be noted here that if it were a rally of men nobody would have ever commented on the appearance of any one of them or their decency because that is how double-standards work in our society.

The admins on some social media pages took on the moral responsibility to declare the March an exclusively NGO-based sazish. Some mocked how the freedom of women is just a joke where all they are advocating for is to be lazy or just to attain freedom to get out of their homes even if that means leaving the ‘safety’ of their houses and going out to cook and serve other people. There are so many problems with this line of reasoning. So many.

The fundamental flaw in much of the criticism is the false belief that a reconsideration of gender roles would somehow liberate women at the expense of men. The truth however is that both would benefit from such a reconsideration, since both have legitimate grievances with being tied down by conventional gender roles.

The solution to the conundrum of these desi-slogans that incited such negativity amongst the masses needs to be identified.

Feminism has always been perceived as a foreign concept so when we see it infiltrating our society and challenging not only the ideas that we have been brought up with, but doing so in an indigineous form, we start to choke on the air of discomfort. These slogans are in Urdu. Feminism, associated often with the West, now has a local voice. The threat of change, therefore, can no longer be accused of being external, but one that rises from within as a consequence of contradictions that are inherent to our current way of life, which can and must therefore be improved. 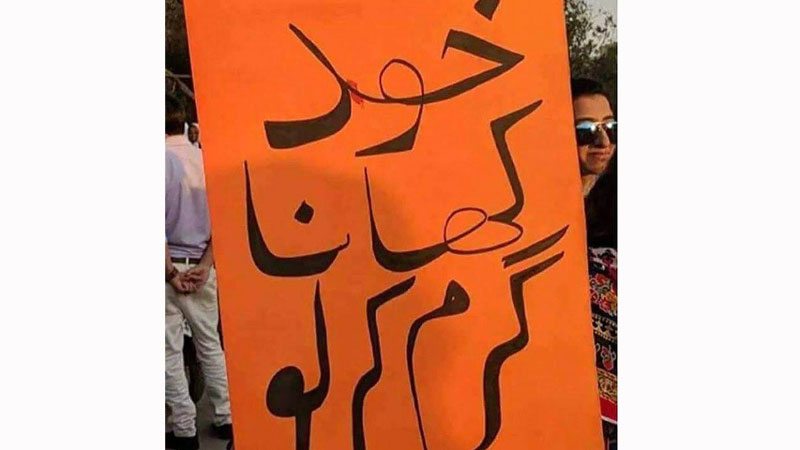 We have always put our culture and our family institution up high on a pedestal and made them holy cows. When these slogans remind us of the oppression that is a reality, we try to squint our eyes shut and make the reality go away by ridiculing and mocking it instead of accepting the bitter truth that the slogans point at.

What men would have us believe is that everything is OK and that women are simply ungrateful. What men fail to recognise is that they do not get to decide whether we are OK or not. We are perfectly capable of deciding how we feel about our lives. If women are taking to the streets to register their disastisfaction with how things are, then clearly something is not OK. Therefore, if what is not OK needs to be resolved, the only thing men can do, is either listen and try to understand and then help if possible, or get out of the way.

What we really need to realise is that shutting our eyes to the truth will not make it go away. It is high time that we identify the roots of our internalised patriarchy and work together for a better future for the women of our society and by extension the society at large. It is fair to say that if the quality of life of more than half the population is thus improved, it would raise the overall health of the society. Let us create change and not criticise positive steps taken towards it!