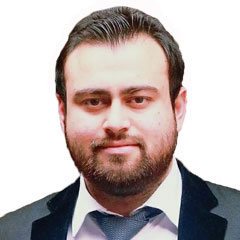 It’s not surprising when International community teams up to corner Pakistan and isolate it from important international bodies.

The recent saga of Financial Action Task Force (FATF) – an inter-governmental body established in 1989 — in Paris underscored Pakistan’s failure to gather international support on escaping the ‘grey list’ of FATF and being designated as ‘posing risk to international financial system’.

It has been officially announced by our Foreign Office that Pakistan will land on the ‘grey list’ of FATF in June this year, for failing to fulfil the obligations to prevent terror financing, where banned militant outfits are involved in raising funds. The announcement comes at a time when Pakistan is at the cross-roads of a potential economic transformation and political upheaval.

Although this grey listing didn’t have any significant impact on Pakistan’s economy when the country was put on the list back in2012 yet the geo-political implications seems significant this time. India with the support of US has ramped up its efforts in designating Pakistan as a ‘state sponsor of terrorism’ and has had put a motion to it on BRICS and other multilateral platforms. The way FATF’s decision unfolded exposed serious loopholes in Pakistan’s lobbying efforts on international platforms. But can we really blame our negotiators for failing us or is it our flawed policies and actions back at home that have yet again embarrassed us on the world stage? I choose to believe in the latter.

Although this grey listing didn’t have any significant impact on Pakistan’s economy when the country was put on it back in 2012, the geo-political implications seem significant this time. India with the support of US has ramped up its efforts in designating Pakistan a ‘state sponsor of terrorism’ and has had put a motion on it in BRICS and other multilateral platforms

The much flaunted ‘National Action Plan’ that emerged in the aftermath of APS attacks in December 2014 underlines the importance of choking the finances of terrorist organizations in its sixth clause. Two pronged approach was adopted to undertake this: enforcement and advocacy. On the enforcement front no substantial steps were taken by the government as the stakes of religious political parties were involved and it was not easy to pull that cord. In addition to that, the ruling government’s own legislators and support base could have been affected had the enforcement route been taken. So they were left with the only option of advocacy to thwart the channel of finances to these militant organizations that rely almost completely on donations and charity money. Pakistanis donate around Rs554 billion annually, according to a study by research-based advocacy and consultancy group ‘Individual land’. Even a small proportion of this money that funnels into the terrorist organizations is enough to get them going.

To tackle this gruelling problem, Ministry of Information, Broadcasting and National Heritage Government of Pakistan launched an outreach campaign titled ‘Haq Haqdar Tak (rights to the rightful) back in 2014. The campaign took a slow start but achieved much of its stated goals in the subsequent years by reaching far and wide to the cities and villages in Pakistan.

It engaged civil society and youth groups on gross root level in sensitizing the masses to responsibly give away their charity money to deserving organizations. The system of Zakat enshrined in Islam has proven to be the most effective tool in eradicating poverty and inequality. Pakistanis are very generous when it comes to helping their penurious fellow citizens. However, the notorious groups leave no opportunity un-availed in exploiting this virtue of Pakistanis to fund their activities.  Their modus operandi has so far been successful in getting them huge funds from their open-handed philanthropic financiers. The philanthropists, in most of the cases, have no idea where the money is being utilised. And honestly, they don’t consider it their responsibility either. In their heads, the government must have regulated the charity in the first place to operate.

While the government has decided to push the envelope in tightening the noose around the UN designated proscribed organizations, it is the perfect time to accelerate the outreach activities to cut the life lines of these organizations. In doing so, effective projection of these campaigns is imperative for its success on global level. FATF must be apprised of the domestic efforts of the government and civil society in systematically thwarting the terrorists funding at home.

Though we may not escape the ‘grey list’ of FATF in coming June, enforcement efforts coupled with sagacious advocacy can send a message to the international community that Pakistan is a responsible state committed to rooting out terrorist financing at home. This, in turn, will help better our image in the comity of nations, need for which is at all times high.

The writer is a political commentator, public speaker and Board of Directors’ member in a governmental body in Pakistan. He can be reached at ahsanhamid09@gmail.com