‘Over 16,000 Pakistanis diagnosed with kidney diseases every year’ 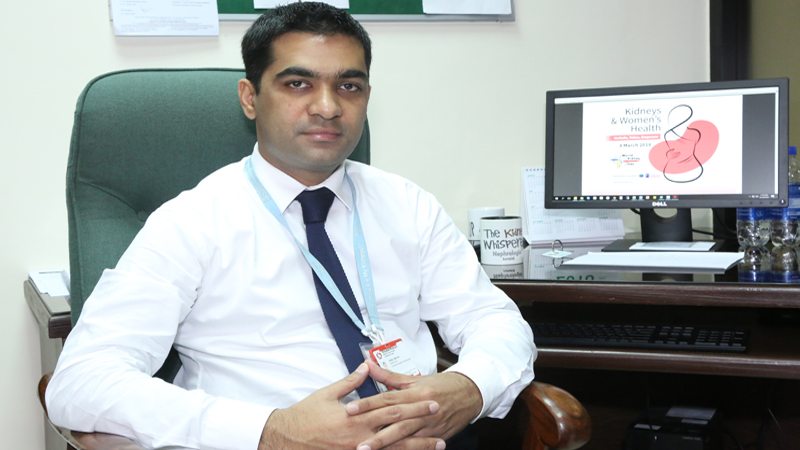 Chronic kidney disease (CKD) is common and associated with significant cardiovascular co-morbidity and can lead to end stage renal failure. CKD remains under diagnosed in Pakistan with approximately 16,000 to 20,000 patients diagnosed every year. Pakistan ranks number 8th in the world with regards to kidney disease.

This year, on world kidney day we are highlighting importance of women health specifically related to kidney disease. CKD affects approximately 195 million women worldwide and is currently the 8th leading cause of death in women, with close to 600,000 deaths each year. CKD is more likely to develop in women compared with men due to a) psycho-socioeconomic barriers such as lower disease awareness lead to late or no start of dialysis among women and b) uneven access to care especially in countries like Pakistan and other developing countries.

Kidney transplantation is also challenging especially in our country mostly due to financial, social, cultural and psychological aspects. There is indeed a clear need to address the issue of equitable healthcare access for women which is currently lacking and to increase awareness and education to facilitate women’s access to treatment and better health outcomes.

Various diseases affect kidney health in women. Some of these are similar to the problems as in men such as uncontrolled blood pressure, diabetes and obesity. Some of the medical problems are more prevalent in women such as Lupus Nephritis which is a kidney disease caused by an autoimmune disease and leads to immune system attacking one’s own cells and organs. It can cause progressive kidney disease and can lead to kidney failure. Similarly Pyelonephritis or infection of the kidney can involve one or both kidneys and can lead to kidney failure if untreated.

CKD is also a risk factor for adverse pregnancy outcome and reduced fertility. Women who have CKD are at increased risk of negative outcomes for the mother and the baby. In countries like Pakistan, poor access to health care resources for women who are pregnant especially in the pre-natal phase, other medical problems such as diabetes, control of blood pressure, proteinuria and this leads to poor pregnancy outcomes.

In addition, pregnancy-related complications increase the risk of kidney disease, for e.g., pre-eclampsia, in which pregnant women have high blood pressure and urinary protein leak, is one of the leading causes of mortality worldwide. Similarly septic abortion and post-partum hemorrhage are one of the leading causes of acute kidney injury (AKI) and subsequent chronic kidney disease in women in developing countries and Pakistan.

There is a clear need for higher awareness of CKD in pregnancy, to timely identify CKD in pregnancy, and to follow-up women with CKD during and after pregnancy. In this respect, pregnancy also may be a valuable occasion for early diagnosis of CKD, thus allowing planning of therapeutic interventions.

We need national government-led and supported kidney health awareness initiatives and educational programs especially focused on women and healthy kidneys. Here at Shaukat Khanum Memorial Cancer Hospital, the medical staff ensures that all patients are appropriately screened for kidney disease and are provided with appropriate education regarding kidney disease treatment and follow-up. People with acute or chronic kidney problems are reviewed and followed up by the Nephrology team.