On 21 February 2018, invoking Article 184 (3) of the 1973 Constitution of Pakistan, a bench of the Supreme Court (SC) consisting of Justice Mian Saqib Nisar, Justice Umar Ata Bandial and Justice Ijazul Ahsan issued its detailed judgement on the Election Act 2017. The judgement, which got released to the public officially, comprised 51 pages, was written by Justice Nisar.

Through its sub-para 8 of para 60, the judgement removed Nawaz Sharif as the party head from his party, the PML-N, by saying: “(I)t is declared that any person who suffers from lack of qualification under Article 62 or disqualification from under Article 63 of the Constitution is debarred from holding the position of ‘Party Head’ by whatever name called and prohibited from exercising any of the powers provided in Article 63-A of the Constitution, as ‘Party Head’ or any other power in the said capacity under any law, rule, regulation, statute, instrument or document of any political party.”

The judgement is an example of a travesty of justice. In sub-para 1 of para 60, Justice Nisar relies on the Preamble of the Constitution by writing, “The Preamble to the Constitution of the Islamic Republic of Pakistan, 1973 provides that sovereignty over the entire Universe belongs to Almighty Allah alone, and the authority to be exercised by the people of Pakistan within the limits prescribed by Him is a sacred trust… wherein shall be guaranteed fundamental rights, including …equality of status, of opportunity and before law, social economic and political justice, and freedom of thought, expression, belief, faith, worship and association, subject to law and public morality.”Then, in sub-para 2 of para 60, Justice Nisar relies on Article 17 (Freedom of Associations) by writing: “Article 17 of the Constitution grants to every citizen the fundamental right to form associations (or unions) subject to any reasonable restrictions imposed by law in the interest of sovereignty or integrity of Pakistan, public order and/or morality.”

If Justice Nisar thinks that the act of citizens to form associations or unions and select or elect their representative is subject to the kind of public morality he thinks there should be, he should have first defined public morality in the judgement

In subsequent sub-paras of para 60, Justice Nisar relies on Constitution’s Articles 62 and 63, which are meant for qualification and disqualification for membership to the Parliament. Further, Justice Nisar asserts that the phrase ‘public morality’ mentioned in the Preamble and reinforced in Article 17 of the Constitution has a bearing on Article 63-A thereby permitting or not a person to be the head of a political party. This is an intriguing interpretation because of two main reasons.

First, in Article 17, the term ‘every citizen’ is mentioned. In the judgement, Justice Nisar has overlooked its definition, which not only bestows on all citizens of Pakistan an equal right to form associations or unions but it also permits them (in the light of the Preamble) to express the association or union freely and publicly as their fundamental right. One of such expressions is that citizens can select or elect amongst themselves a representative as the head of their association or union. The court cannot deny or refute this fundamental right to citizens. 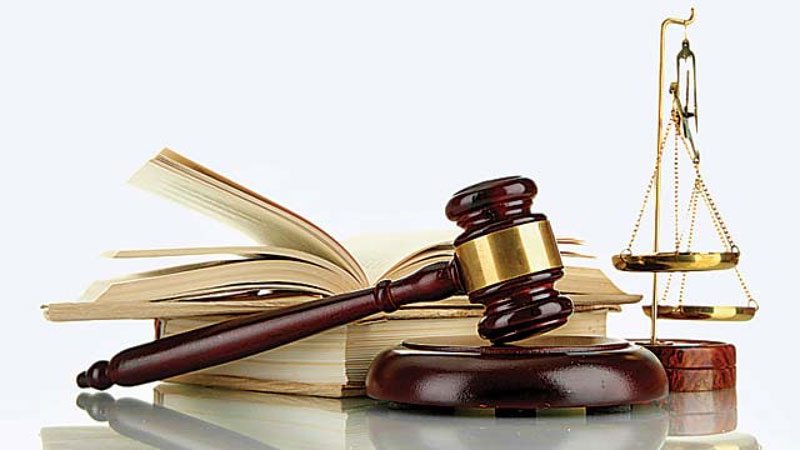 Second, in Article 17, the term ‘public morality’ is mentioned. In the judgement, Justice Nisar asserts that public morality of any representative of people is subject to Articles 62 and 63. That is, anyone who gets disqualified under Articles 62 and 63 is also deemed to be disqualified as the head of a political party. This is where the rub lies. In the whole 51-page judgement, nowhere does Justice Nisar defines the term ‘public morality’. Instead, Justice Nisar keeps on hiding behind the sentences such as the one mentioned in para 50: “It may also be noted that morality is part and parcel of the Islamic ideology of Pakistan and is included in the expression, ‘integrity of Pakistan’.”

This kind of sentence raises another problem. The Preamble and Article 17 talk about ‘public morality’ precisely and not about ‘morality’, which Justice Nisar has been identifying as part and parcel of the Islamic Ideology of Pakistan or which he claims to have been included in the expression of the integrity of Pakistan. Justice Nisar has failed to appreciate the distinction between the two terms, morality and public morality. In the judgement, Justice Nisar keeps on assuming that “morality” is equivalent to “public morality”. Even then, the judgement remains bereft of the definition of the term “morality”.

The point is simple. If Justice Nisar thinks that the act of citizens to form associations or unions and select or elect their representative is subject to the kind of public morality he thinks there should be, he should have first defined public morality in the judgement. In this regard, Justice Nisar has failed on two accounts. First, he has failed to appreciate the fact that Article 62 and 63 are related to the qualification and disqualification of the members of parliament and that these articles do not define the term ‘public morality’, without defining which a judgement cannot be passed. Secondly, he has failed to appreciate the point that Article 17 empowers people to form associations or unions and have a representative and that the SC cannot disempower people from their fundamental right enshrined in the Constitution, and especially without defining the term ‘public morality’.

In fact, the judgement has violated Article 17 in which the meaning of ‘every citizen’ is too broad to be limited by the SC and in which the meaning of ‘public morality’ is too general to be specified by the SC. The whole bench has expressed its incompetence in coming up to this simple challenge. The SC has failed to do its job of interpretation of the Constitution by defining terms before their application. Apparently, the definitions of these two simple terms, meant for their subsequent applications, were beyond the competence of the judges sitting on the bench.

Interestingly, in a public interest litigation under Article 184(3), in an effort to enforce fundamental rights of citizens, the SC has violated the same fundamental rights by infringing upon the boundaries of Article 17, though in this effort the SC has laid bare its own ineptitude in defining two simple terms, every citizen and public morality. This is why every educated citizen of Pakistan feels that the dream of having a competent higher judiciary is yet to be fulfilled.