In the age of social media, and a rising BJP, India’s shift towards the right is clearly visible 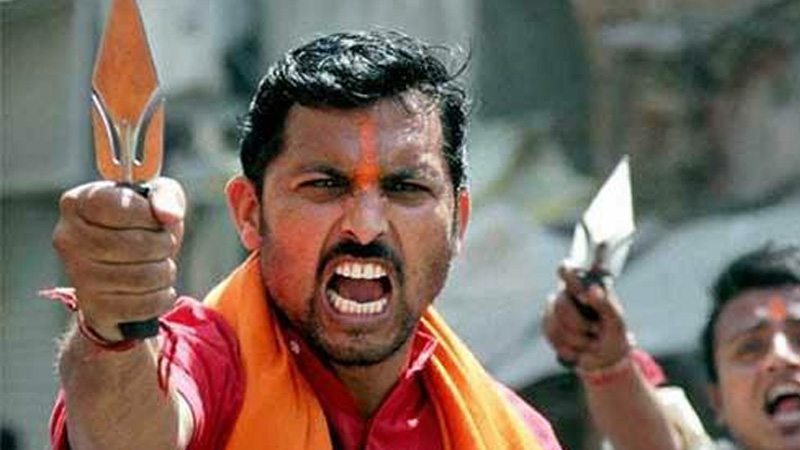 India has always been selling the point that its armed forces are apolitical, secular and strictly under civilian control. The world at large has been generally in consonance with Indian propaganda due to the absence of evidence against the drummed-up point. But that is no more. In the age of social media deluge and rise of BJP, India is visibly drifting towards the right of centre in all its manifestation.

Generally, the Indian media refrains from questioning the government line on the issues of national security. This trend is all prevalent and there is no exception in mainstream media. National outlets of news including print and electronic, are tightly under government control and there is no space for even a murmur against the state narrative. This trend is now gradually seeping into mainstream commercial media too and that is becoming a point of concern for the people of conscience in India. The absence of the spirit of inquiry is a dangerous drift and will result in loss of credibility of news outlet.

But few aspects of the armed forces behaviour have become so obvious that no one with a grain of sanity can remain silent. And that’s what happens in today’s BJP-led India. The rise of Hindutva has been seen with caution. India has always been unfriendly to minorities; with the rise of religious extremism, the life of minorities has been made difficult. Events of the burning of Christian nuns had occurred in 1998 when BJP came to power for a very short stint. That religious bigotry was the trademark of BJP was no secret to any serious observer of Indian politics.

But BJP has embarked upon a different trajectory since coming to power in 2014. BJP has started to recruit state institutions to their brand of political thinking and has openly started to play favourites. The good part of all this manoeuvring is that BJP is extremely candid and makes no secret of its intentions. Current army chief of India was promoted out of turn, superseding two of his seniors. When political masters dole out a prized appointment, they would expect a hefty return as well, since there are no free lunches in the world.

Indian army had been propagating secularism and professionalism as its cardinal strength. With the elevation of General Bipin Rawat, both these ‘cardinal points’ have been turned on their head. How much will it shake the Indian army’s image will be known as the time passes. But if the acts of General Rawat are any signal of what to expect then India is set on a doomsday path. The professional soldier does not need to please his political masters since he owes his promotion to his professionalism. But if you have been handpicked, against the departmental traditions, then it is obvious there is a debt to repay. And what is the more subtle way to square the debt is to propagate the political philosophy of your masters?

If India has chosen to part with secularism and professionalism within its armed forces, it must not worry others. Pakistan needs to monitor trends within Indian society, politics and their effects on the Indian armed forces. BJP’s policy of using Indian armed forces as party’s tools will not be beneficial for the stability of regional peace

In May 2017, the world witnessed a shameful picture of a Kashmiri man tied on the bonnet of a military jeep. He was used as human shield against the wrath of Kashmiri protestors. Indian media which is famous for looking the other way when it comes to army’s high handedness in Kashmir spoke out in agony. The picture went viral and with it went down the image of a ‘professional’ military force which touts to respect international treaties and conventions on human rights.

But this incident was not to move the BJP govt and its handpicked general. Instead of rebuking the officer involved in this gory act, Major Gogoi was awarded the Commendation card by the general Rawat. The army spokesman was unable to defend this award and had to leave the press conference midway. What is the moral of the story? BJP appointed a person to the top slot in the army who has an inclination to Hinduvta philosophy and is ready to demonstrate his religious bias in no uncertain terms. The choice of general Rawat was proven correct when general refused to adhere to Indian principles of secularism and glorified the heinous act by awarding culprit.

More recently, general has been coming to the support of BJP in clear ways and in defiance of the accepted norms. His statements and comments have become so obvious that Indian politicians and media are talking about them regularly. General Rawat was reported to have said ‘Rawat alleged a planned influx of people from Bangladesh into the northeastern states as part of a proxy war being waged by Pakistan with support from China. Elaborating on his point, the army chief pointed to the fast growth of Badruddin Ajmal’s All India United Democratic Front (AIUDF) party in Assam as compared to BJP in the 1980s.

Times of India had to admonish the general in its editorial in these words ‘Needless to say this was totally unnecessary. As a serving army chief, Rawat ought to refrain from making public political comments. In that sense, Ajmal is right in questioning why the army chief should be concerned about a legitimate political party rising faster than BJP. Rawat’s choice of words, irrespective of actual intentions, creates the impression that he views AIUDF as Chinese-Pakistani proxies’.

General was speaking the language of a party stalwart instead of a serving army chief. How difficult it is to pay back to political masters! But it was media and not the govt or any political party which spoke about the excesses committed by the general.

Mani Shankar Aiyar is senior Indian politician who has held various govt positions as well. He is so upset by the BJP’s policy of using armed forces as party loyalist that he writes and comments against this trend in full public view. He detests the idea of turning civil servants and armed forces persons as party spokesmen.

Indian air chief was seen defending BJP govt at the expense of Congress govt on aircraft induction deal. Mani Shankar had to caution BJP and public ‘The use of senior armed forces officers to make political statements at the behest of, or on behalf of, or in support of the BJP government’s political program is, as The Indian Express put it, to tread perilous ground.’

Mani Shankar penned down tens of examples of, what he thought was, intemperate remarks by General Rawat ‘The comments he has made include notoriously his blasting “Kashmir politics and its education system’; ‘India’s diplomatic stance towards China in the Indian Ocean region’; his championing a ‘two and a half fronts war’ which contributed to the Doklam crisis; his denigrating the search for a ‘political initiative in Kashmir’ since ‘adversaries must be afraid of you and at the same time your people must be afraid of you.’

But it may be a surprise to Mr Mani but is no wonder to Pakistanis that when BJP has chosen to play favourites in the promotion of armed forces officers, it would be expecting returns as well. And the return has to proportionate to the favour. Indian army is busy fighting multiple insurgencies. Kashmir is the only place which is Muslim majority and witnesses the most horrific acts of violence perpetrated by the Indian army. By appointing general Rawat as army chief, BJP has sent a clear signal to all the waiting generals in the queue for ‘aligning’ with BJP’s political philosophy or else be left out in cold.

If India has chosen to part with secularism and professionalism within its armed forces, it must not worry others. But Pakistan needs to monitor trends in Indian society, politics and their effects on armed forces of India. After all, lowering one’s guard is not an option in the face of an enemy. BJP’s policy of using Indian armed forces as party’s tools would not be beneficial for the stability of the regional peace.