Trump may have reinvigorated the US foreign policy, but domestic implosion looms 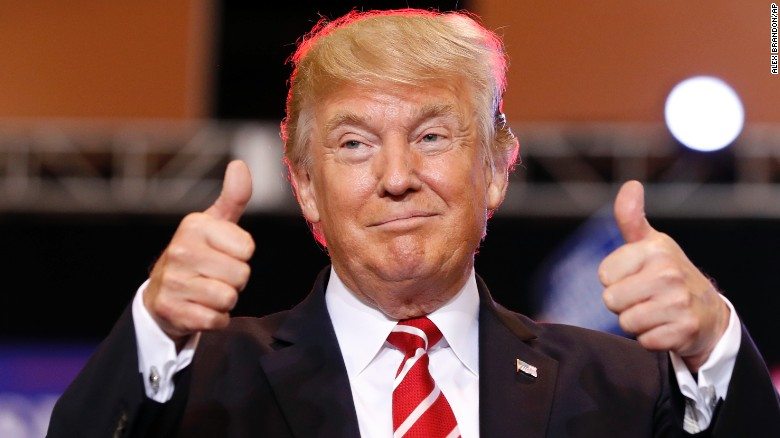 Notwithstanding his handsome approval ratings towards the end of his presidential stint thanks to his partial domestic success, Barack Obama was a foreign policy failure epitomised. From a lopsided Asia pivot to the recurring episodes of humiliation in the Middle East, and from botched deals with Iran and Cuba to a contradictory policy vis-à-vis China and Russia, Obama continued to evoke disdain for the US at home in general and abroad in particular. The first coloured US president then went on to pave the way for Donald Trump accession to the White House by ignoring Sanders and pandering to Clintons.

Trump is the antithesis of Obama. Many thought replacement of an all-embracing liberal with a cocky billionaire will soon precipitate the demise of the world’s sole superpower, that Trump’s America First doctrine will result in ultimate isolation of the US, that a nuclear catastrophe will become unavoidable courtesy Trump’s twitter gimmicks, that China will trounce US in an imminent clash as part of the so called Thucydides’ Trap, etc.

One year on, these – perhaps well founded – predictions seem to have been refuted, at least for now, by the same Trump who had been all but written off by the scathing commentators from world over. “We need to be tough, we need to be smart”, Trump would incessantly rant on about the need for the US to become shrewd in her negotiations with the outside world during his raucous campaign rallies. Indeed, today, he is doing just that; you’d realise this particularly well if you are from Pakistan.

In the context of an organisation, when a newly hired CEO is asked to revitalize a faltering company’s fortunes, he would begin the task by focusing on company’s core products, ignoring the less-significant product lines.  Budgetary limitations, vulnerability of brand image and fear of losing existing customer base also keep the new management from diversifying the company’s portfolio. As soon as stability is restored, the company gears up and plunges into the fire fueled by competition and risk.

Trump’s principal focus is not Damascus; it’s Tehran. It brings us to Trump’s Iran policy, which has been as belligerent as it gets. In October, the US imposed crippling sanctions on Iran’s militant Islamic Revolutionary Guards Corps (IRGC). It is testament to the fact that US’ bargaining position gets better with more clarity in its posture.

In January 2017, Trump became the new CEO of a declining enterprise called the United States of America. He picked foreign policy as the core product as he knew the gullible Americans would willingly buy this product because of its extra coating with sauce made of browbeating and cheese made of patriotism. Of late, this erstwhile emasculated product of the US enterprise has been reclaiming its market share and dominance.

Trump administration set off the foreign policy course by slashing the funding to the United Nations by 10 per cent. This was a ‘smart’ move indeed that entailed no real threats for the US diplomatic posture, already perceived as unilateral since decades. The next ‘tough’ move saw Trump recognizing Jerusalem as the capital of Israel, ordering the State Department to move the US’ Israel embassy from Tel Aviv to Jerusalem. Although a succeeding UN resolution denounced this unprecedented decision, Trump managed to successfully pander to a hostile internal audience, not to mention removal of perennial ambivalence of the US over the Israel-Palestine conflict.

Trump has also managed to have the pressure on the US extenuated with respect to the Syrian Civil War, effectively doing away with the humiliation and disgrace the US had earned under Obama’s Syria policies. Donald Trump seems to have abandoned attempts to force Bashar al-Assad, Syria’s dictator and Putin’s ally, to step down. Trump’s principal focus is not Damascus; it’s Tehran. It brings us to Trump’s Iran policy, which has been as belligerent as it gets. In October, the US imposed crippling sanctions on Iran’s militant Islamic Revolutionary Guards Corps (IRGC). It is testament to the fact that US’ bargaining position gets better with more clarity in its posture.

Trump’s trump card came just before the end of the year in the form of a comprehensive National Security Strategy, whose linchpin was to tighten the noose around the Sunni Jihadist groups, and around those who back them.  This dilemma of the US remained unresolved in the Bush and Obama administrations, which were repeatedly coaxed into the banal mantra of ‘mutual cooperation’ by the states that had interest in nurturing the militants. Now that Trump’s ‘smart and tough’ security strategy backed up with the resolve of ‘peace through strength’ has started producing results, Pakistan has just been put on a terror watch list by the Financial Action Task Force. Its significance lies in the fact that the US has finally got an upper hand over the intransigent Pakistan against the backdrop of the Afghan imbroglio.

Trump’s much trumpeted shrewdness remains confined to the domain of foreign policy nevertheless, the same area where Obama failed miserably. The less marketable product – domestic policies and rehabilitation – has been ignored by the Trump administration, and which Obama handled rather well. History suggests that being tough on the external front means nothing when the internal strength begins to erode, and it usually results in implosion of the great empires.