What is Pakistan’s New Concept of War Fighting (NCWF)? Why and how is it a conventional response to Indian Cold Start Doctrine (CSD)? The conventional doctrinal destabilisation caused by India in 2004 in the form of CSD had to meet a response in the form of NCWF of Pakistan. With former Pakistan Army Chief General Mirza Aslam Beg’s Zarb-e-Momin military exercise conducted in 1989 – Pakistan started to adopt an offensive-defensive mode of security and presented a credible response towards Indian military’s Operation Brasstacks. Similarly, in response to Indian Cold Start Doctrine – Pakistan envisaged New Concept of War Fighting.

It is an overstatement or perhaps a relative truth that Indian Military Forces are far more superior to that of Pakistan. Both militaries share a common history and military culture due to their shared foundations in the British Indian Military traditions, nevertheless, while keeping in view many aspects of state, national and latent power – Indian Military Forces have an advantage over Pakistan. However, the four limited wars and countless border skirmishes between the two raise serious questions over the perceived and rhetorical superiority of the Indian Armed Forces in relation to Pakistan Armed Forces. A British scholar Walter Ladwig argued that Indian conventional military superiority is exaggerated since now the Indian edge over Pakistan is declining in terms of numbers, equipment, technology and training. It can be averred that now with NCWF – the doctrinal advantage is also equalised.

Pakistan while keeping in view the threat stemming from Indian Cold Start Doctrine – started to prepare its counter. In 2004 India moved away from Sundarji Doctrine and formulated Cold Start Doctrine which is a dangerous military instrument primarily due to its philosophical and theoretical foundations in German Blitzkrieg of the Second World War. Nevertheless, Indian Armed Forces especially the Indian Army used it to ward off the criticism it had to face at the backdrop of Indo-Pak military standoff and the failed Operation Parakramin 2001-02. Consequently, in 2007 former Pakistan Army Chief Gen. Kayani believed that CSD would require five years to operationalise fully and for that matter Pakistan Armed Forces conducted four Azm-e-Nau joint military exercises from 2009 to 2013. General Kayani famously said that ‘we plan on adversary’s capabilities, not intentions’. Azm-e-Naumilitary exercises were principally aimed to achieve synergy among the various branches of forces so that combined arms would strive for one objective with complete coordination and synchronisation along with enhanced mobility and speed. At the end of these exercises in 2013 – Pakistan Armed Forces formalised a doctrine named as New Concept of War Fighting (NCWF). The National Defence University, Islamabad played a vital role in the creation of NCWF since the majority of the simulated war gaming was conducted there. 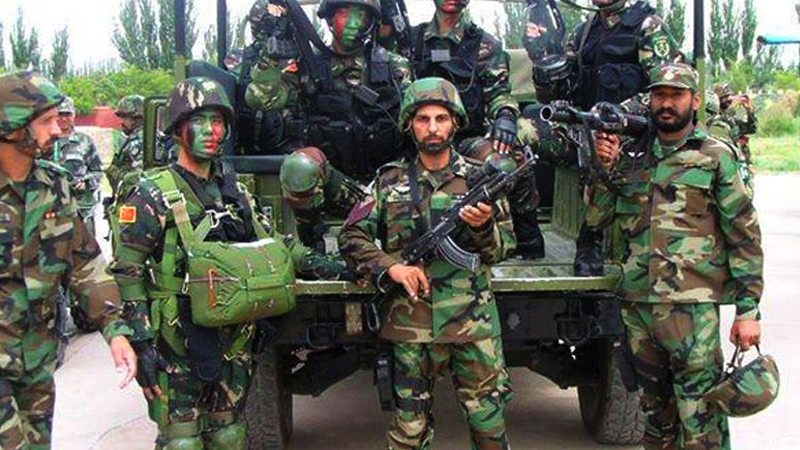 NCWF – like CSD – has some 30-70 split in terms of known and classified operational plans respectively. However, while keeping in view the Azm-e-Nau military exercises and the dangers arising from CSD – it can be asserted that Pakistan has also followed the footsteps of General Heinz Guderian’s ‘Achtung Panzer’ (1937) – and devised independent division sized combined arms fighting forces. Apart from that, Pakistan Air Force (PAF) has a significant role to play in NCWF to provide the ground forces with close air support just like German Air Force Luftwaffe used its Ju-87 Stuka dive bombers during the Second World War. It is evident that on the modern battlefield the air power has to outperform the continental forces to halt and support the ground forces or even to conduct independent air to air and air to ground operations. Similarly, PAF has acquired advanced electronic warfare capabilities and airborne warning and control system (AWACS) aircraft to conduct electronic warfare and to support the command and control platforms while keeping the commanders fully aware of the battlefield.

Ostensibly, Raad and Babur cruise missiles have a lot to do in NCWF. Both missiles have multiple platforms to be launched and apart from nuclear warheads – can be armed with conventional warheads. The 24/7 doctrinal awakening in PAF has made it a formidable force that can conduct independent missions and can also support the ground troops in defensive and offensive operations. Pak Navy with its submarines and speed craft missile boats and indigenously produced Harba anti-ship cruise missile – is likely to be a part of NCWF with stopping Indian Navy and its air arm – while conducting independent naval operations.

The author argued in its previous articles that Pakistan’s security strategic paradigm shift was temporary and still the largest threat to Pakistan emanates from the East. It is very much evident that as long as Indo-Pak confrontation and hostility remains – New Delhi just cannot materialise its aims and objectives to become a great power. Indian hegemonic designs and constant desperation to become a regional policeman or perhaps a great power have left many indelible marks on the strategic stability in South Asia. It is not difficult to conclude that Pakistan’s force posture and doctrinal settings are overtly reactionary due to Indian offensive force postures and military doctrines.