What a healthcare whirlwind!

To admit a patient for two weeks, one has to  dish out money more than a doctor’s monthly salary

In the early years of my youth, I was privileged enough to have a choice of spending on things that were not even my necessities.

However, the past year has shed a different light on what it is to be privileged. A doctor and a patient in a private healthcare set-up are privileged; privileged if they’re not in the harrying public hospital set-up in Pakistan, even if it is in one of the capital cities’ largest and busiest healthcare institutions. I was privileged and comfortable insomuch that I had not been exposed to public healthcare except in short spurts until the last year.

It was my first month working as a doctor in a public hospital, and it seemed blow after blow. Here are some anecdotes for the taxpayers so that they are aware of turmoil the poor in this country go through.

What’s most striking is the lack of security measures — anyone in a white coat or with a stethoscope is presumably a doctor. It was in the paediatric ward first where I encountered the unimaginable. A man who pretended to be a doctor managed to visit the hospital twice in just two weeks before the security officials of the ward were finally made aware of the fraud.

He somehow managed to find breastfeeding mothers and lecture them on the benefits and correct methods of breastfeeding. He would scare the bejesus out of them by telling them that their child is weak and they should show him how they feed their children.

The first time this happened, I had a mortified mother in tears requesting a discharge for a child that was sick at midnight. Due to the concept of shame and disgust that remains instilled in us, she wouldn’t even tell me what had happened until I calmed her down. This occurred a second time with another victim — the breastfeeding fetish was clearly overpowering. The security was then beefed up.

While I was rotating in a department of adult medicine, we had a sick, teenaged-girl whose father was looking after her while the rest of the family was in the village. There were side-rooms, two bedded semi-private rooms within the ward where I put her on the fathers’ request to allow for some privacy. A young boy came and told me that she was still having a certain symptom, which I had medicated an hour or so ago. At first, I was suspicious, so I questioned him as to who he was, as I’d never seen him with the patient before. He told me he was a cousin who had been called in to help. I had a critical patient at that time of the night, and I was the only doctor present. So turning my attention back to the one who needed life-saving measures and assessment, I wrote down an injection not available in the hospital and asked him to get it.

The truth is, extended young family members come over the weekend to help out all the time; it was entirely believable. An hour and a half later when things had settled, I went to ask how she was feeling. Her father looked distressed. Upon prying, he told me: this boy had walked in, identified her as being alone and vulnerable, duped the father into believing he was a doctor on duty in our service, gave him the name of a fake injection — not the one I had written — and told him he had to go outside the hospital to find it. The elderly gentleman after thirty minutes of rushing around came back to find the door closed, which he managed to push open. The boy was on the bed having turned the girl onto her side despite her feeble protests and was pressed against her massaging her. He told the father this was the only treatment that would work until the injection had come. 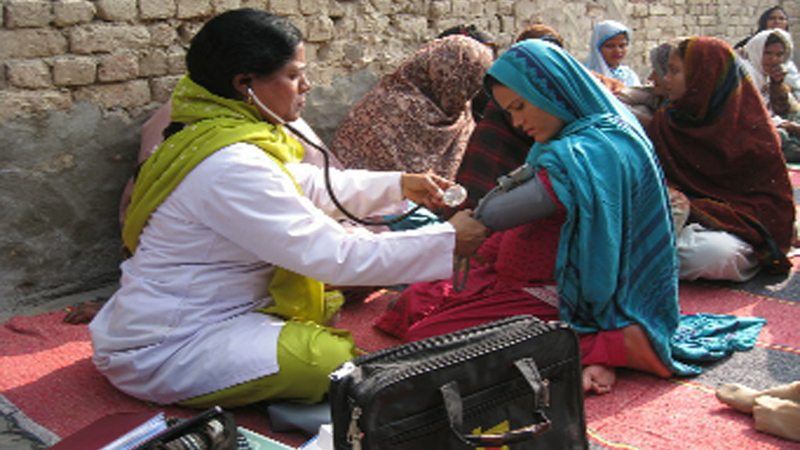 When he saw that the injection hadn’t come, he took money from the elderly gentleman, who in his naivety and distress did not register what had happened, and disappeared. Not only did this boy manage to assault a sick young girl sexually, but he also managed to steal money from a poor, elderly gentleman. One cannot rely on security alone, and she was shifted out of that room promptly to a more central bed in the ward where everyone could keep an eye on her. Lesson learnt.

However, this is not where sexual harassment or perversions end — the amount of groping, stalking and lewd comments that you come across between technicians, patients’ attendants and even doctors is rampant.

I’ve once walked into my on-call room where due to the nature of the speciality only one doctor is on call and barely uses the room unless it’s to sleep, to discover one of the admitted patient’s sons masturbating in the middle of the room. He didn’t even stop when I walked in; just smiled semi-guilty, semi-excited. This,of course, led to an outcry of get the hell out and a threat to hand him over to security. Luckily, the man had enough sense to come out within minutes of me stepping back out, and I never saw him again until the patient was discharged (perhaps, shame is not completely dismembered?)

I suppose the only time during all of this where I lost my calm and felt fear was when I was standing in radiology trying to find a patient. A random man with a thin young boy as an attendant suddenly stopped me and questioned if I was the doctor who gave him an injection in the emergency last night? To which I replied, “no, I’m sorry you must be mistaken I haven’t been in the ER for two days.” Suddenly, he started verbally abusing me and threatening that if he died, he’d kill me. I took two slow steps back, repeatedly telling him he would be okay and need not worry, and that I hadn’t given him the injection. His attendant added a meek: “he is a psychiatric patient.” Suddenly, the man lunged, and I ran back, and up the first flight of stairs, I could find. There was no one to handle this man there; anyone could have been hurt.

The horror stories are unending, but let’s bring our focus momentarily to the resources.

What still boils my blood is the fact that in a ward with a specific capacity, we still have to admit patients on stretchers who lie in the entrance or whatever space is available. And for each of these patients, which can number to a whopping forty patients at a time overnight, there is exactly one nurse to check their blood sugars, give the medications and attend to them. The ratio is ridiculous. You need at least five nurses to forty patients to be able to deliver quality care.

Throughout the last year, I kept thinking there really is a God because that these patients make it alive and even get better, is a testament to His existence. I couldn’t explain it completely just by medical science. Patients’ attendants in three or so days had become qualified doctors and nurses, changing drips, changing bags and whatever they could do without having to wait for a good hour or more for overworked nursing staff or doctors to attend to the less trivial issues.

The concept of free healthcare is also debatable. There are so many medications that are just not available and have to be bought from the outside, surgical equipment included. For a patient admitted for over two weeks, they will likely have to dish out more money than what a doctor is paid in a month. If you go through some of the channels in place to have certain things paid for, it can take anywhere from two days to two weeks with little expediting processes in place.

A man who pretended to be a doctor managed to visit the hospital twice in just two weeks before the security officials of the ward were finally made aware of the fraud. The man managed to find breastfeeding mothers and lectured them on the benefits and correct methods of breastfeeding

The illness isn’t going to wait; neither is the treatment for these channels to waiver costs to come into play. I cannot count the number of times I’ve paid for scans or tests from my pocket, or other young doctors did the same. It’s the frustration that comes with knowing that you can help and heal this soul but they are unable to afford it; it’s maddeningly frustrating.

It is sheer resilience and a will to live and fight that saves lives at public hospitals — this is not to say that doctors or nursing staff are negligent. Contrary to my beliefs of incompetence when I came in riding my high horse as a graduate of the Aga Khan University, I found that the majority of healthcare workers are competent, but their hands are tied in so many situations by no fault of their own. It’s a trickle-down effect, and perhaps the poor healthcare budget and its design is the first place to lay the blame.

Another practice that is infuriating is how consultants are allowed to admit patients to the hospital at any odd hour or time, even if the team is not admitting that day or night, via their private practice.

If a patient is able to come to you and pay your fees at a private hospital, they should be seen privately. If they step into a public hospital, they need to go through whatever channels are available there via the emergency room or OPD to get admitted and be admitted by whichever team is admitting that day. It puts undue pressure and work on the two doctors on call and on the nurse that already has more patients to care for than is humanly possible.

Protocol patients are another menace that needs to be eradicated. If you are an entitled patient, that doesn’t mean you’re entitled to better care than the poor man; you get what’s there. It’s simple as that.

They do change lives, and they do save lives. Nevertheless, the cracks are many, and they are apparent; simple things like security both bodily and financial, a lack of health screening, and education; mismanagement and misdirected resources- these are glaring issues which need redress.

They need more publicity so that someone with a heart can decide to bring some change. Personally, I have hope, because the public health sector is the backbone to the provision of a healthy nation, but an overburdened and aged horse can only go so far before the life in him runs out.