“I didn’t feel anything, not even a little twinge of guilt. We believed the more coffins that reached London, the closer the day of freedom would be”

Israel has used targeted assassinations as a state policy since its birth in 1948. In a recent book, Rise and Kill First, Ronen Bergman, an Israeli journalist and investigative reporter, has narrated graphic details of how the Israeli government and its spy agency Mossad target and execute those whom it perceives to be its enemies, mostly Palestinians.

Israel is unique in this respect, for no other country since the Second World War has adopted target killing as an official policy. Those who carry out these missions are rarely identified or captured, let alone punished. The Arab security and intelligence agencies are too weak or incompetent to either uncover these plots or thwart them. Much of the information in the book is new and some excerpts from it have also appeared in The New York Times Magazine.

The author identifies assassination targets, ranging from pre-independence British colonial officers in the 1940s to members of the PLO, Hamas leaders and, more recently, Iranian nuclear scientists. Those who undertake these grisly tasks express no remorse. One of them is quoted as telling the author that, after he shot a British officer on a Jerusalem street in 1944, “I didn’t feel anything, not even a little twinge of guilt. We believed the more coffins that reached London, the closer the day of freedom would be.”

Several members of the Jewish underground, who took part in the terrorist activities against the British before independence, later emerged as authority figures in Israel. Among them were Yitzhak Shamir and Menachem Begin, both of whom rose to become the country’s prime minister.

The iconic Palestinian leader Yasir Arafat remained in the Israeli crosshair for many years. Ariel Sharon, who stood by as hundreds of Palestinians refugees in Sabra and Shatila camps in Lebanon were massacred by Lebanese militia during the Israeli occupation of the city, had a visceral hatred of Arafat. He believed the elimination of the Palestinian leader would solve Israel’s problems. While defense minister, he had issued orders to the security forces to kill Arafat whenever possible. One such opportunity arose in October 1982 when the Mossad learnt that the Palestinian leader was travelling on a slow-moving cargo airplane from Athens to Cairo.

Arafat’s death over the years has been the subject of wide-spread speculation and controversy. The scientists at the Institute of Radiation Physics in Lausanne, Switzerland, who tested Arafat’s personal items reported that they had detected traces of a deadly radioactive substance, polonium-210, which was used by Russian secret agents to kill Alexander Litvinenko, a former security officer

Israeli F-15 fighters scrambled ready to do just that over the Mediterranean. However, some cautious air force officer was intrigued and hesitated. Why would Arafat travel in an insecure cargo plane? It turned out that the plane indeed was carrying an Arafat. But, it was Fathi Arafat, Yasser Arafat’s younger brother, a pediatrician, who was on a humanitarian mission, transporting some twenty wounded children to Cairo for treatment. A tragedy was narrowly averted. Yasser Arafat died in Paris on November 11, 2004, at age 75. The cause of his death has remained a mystery. A month before, he had been taken ill soon after dinner at his presidential compound in Ramallah, West bank. Accused by the Israeli Government of encouraging terrorist attacks, he had been living under siege for three years, a virtual prisoner.

Arafat was initially attended to by the Jordanian and Egyptian doctors who treated him for flu. When his symptoms did not abate, he was flown to Paris where he underwent numerous tests. But the French doctors were unable to diagnose his illness, let alone cure him. Eventually, he lapsed into a coma and died of hemorrhagic stroke. His body was taken back to Palestine and buried in the presidential compound as he had desired.

Arafat’s death over the years has been the subject of wide-spread speculation and controversy. The scientists at the Institute of Radiation Physics in Lausanne, Switzerland, who tested Arafat’s personal items reported that they had detected traces of a deadly radioactive substance, polonium-210, which was used by Russian secret agents to kill Alexander Litvinenko, a former security officer. However, the Swiss were not sure if the radioisotope was indeed the cause of his death. The Palestinian leaders, however, did not need any further proof that his death was orchestrated by Israel. 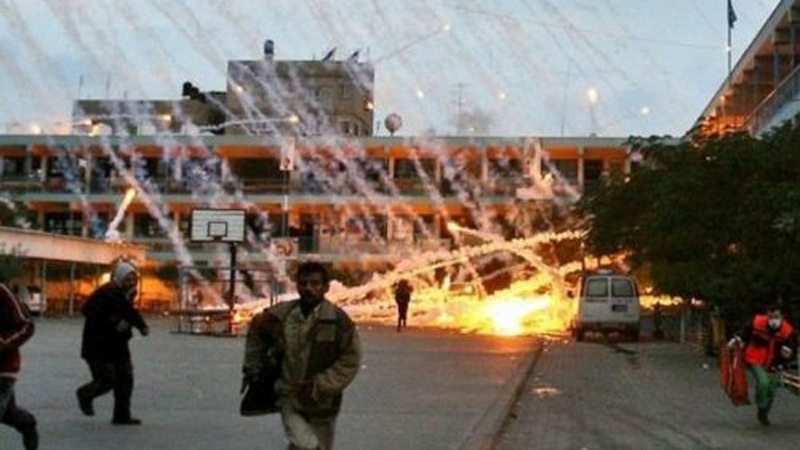 Among the cases related in the book, the assassination of Mahmud al-Maghouh, a leader of the Hamas, in January 19, 2010, perhaps is one of the most egregious. Israel had accused him of killing two of its soldiers in 1989. While staying in a hotel at Dubai, he was drugged and suffocated in his room. Several Israeli agents, carrying fake passports, had gained access to his hotel room, quietly carried out their deadly mission and escaped without being detected. The incident caused an international furor and protests from countries whose passports had been forged and used in the murder. In the end, no one was punished.

Bergman has cited the case of another Palestinian, Khalil al-Wazir, also known as Abu Jihad, a top lieutenant of Arafat, who was viciously assassinated in April 1988, in front of his wife at his house in the City of Tunis by Israeli commandos. Only now, after the passage of more than quarter century, has Israel acknowledged its responsibility for the assassination.

In an interview with Bergman, Nahum Lev, who was one of the assassins described details of the mission. The Israelis arrived by sea, disembarked with pistols hidden in chocolate boxes. Dressed as women, they posed as tourists. Moving unobtrusively, they raided the victims house, shot dead the security guards, a gardener and then Wazir himself as his wife watched. They got away before Tunisians learnt of the raid or could stop them. Israel denied any knowledge of the incident at the time.

Tunisia was not the only foreign land where Israeli commandos could operate at will. Wadie Haddad, a Christian Palestinian whose family had been driven out during the 1948 war, had been living in Lebanon and Baghdad. He was prominent in the Palestinian resistance movement and was a prime target for assassinated by the Mossad. This time, they employed an ingenious technique. The sent him his favourite chocolates laced with a slow-acting poison. Haddad died a slow death several month later in 1978.

As Bergman tells us not all operations went smoothly. He recounts the story of a Palestinian prisoner who was brainwashed into becoming a terrorist against his own people, provided with a gun, an explosive device and a radio set and sent on the suicidal mission. However, he turned himself in to the Palestinians authorities when he got to the other side. Similarly, in another weird case the Mossad trained a dog to wear an explosive belt, simulating a suicide bomber, hoping that the poor animal would go to the Palestinian side and blow itself up; the dog wanted to live and did not follow the scenario.

Bergman, the author of the book, does not denounce the Israeli policy of targeted killings as illegitimate or illegal. He does worry about the long-term corrosive effect of such actions of his Government on the moral fabric of Israeli society. Apparently, not many in the Government share such scruples.

The writer is a Health Scientist Administrator at the National Institutes of Health, Bethesda, Maryland and an Assistant Professor at the Harvard Medical School with a PhD from the University of Birmingham, England