Living in the Capitalists’ Casino 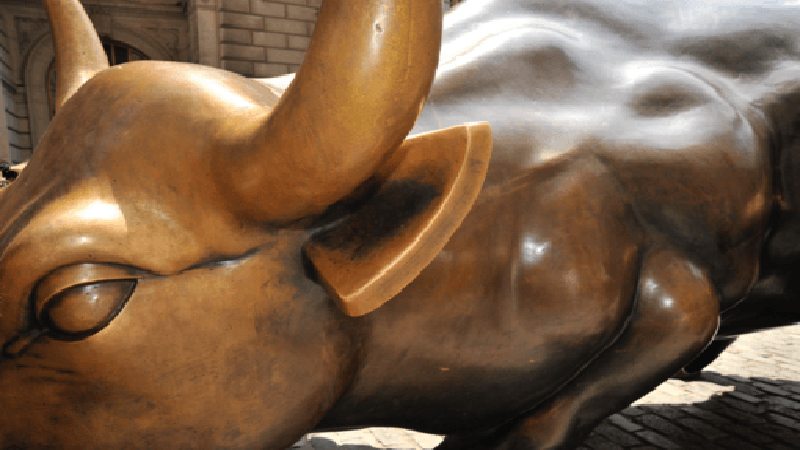 The stock market, for all of its seeming mystery, is more of an emotional barometer for the rich than a reflection of material production. Abstracted from the lived experiences of those it exploits, it reflects the jubilation and depression of the wealthy. On Monday, the Dow dropped 1,600 points the largest point decline in one day in history. The historic stock market dip was primarily caused by the news that wages had improved slightly for workers. You would think that rising wages would be something they investors would celebrate, justifying their long-time trickle-down promises. Instead, they panicked clutching their pocketbooks. Why? Because the capitalists know the logic of the game: suppress wages, make profit. Despite the claims of wonks and centrists in the capitalist’s casino, when we win, they lose.

In one day, all of the Dow’s gains from 2018 disappeared. The NASDAQ did not fare much better. The VIX rate, which monitors market volatility, jumped 17 points. For comparison, the VIX rate only jumped 10 points after the Brexit shock. It is unclear whether or not the drop will reverberate into other markets, but the negative reaction of the market to slightly improved conditions for workers is worrying enough.

One of the largest fears of investors is that increased wages mean that the Federal Reserve will likely raise the rates it charges banks for loans. This crash is an excellent example of the fact that the American economic system celebrates when workers suffer and convulses when workers win gains.

The report from the Bureau of Labor Statistics that sparked the crisis showed a meager improvement for workers averaging around .09 cents an hour. The pessimism of the market in reaction to this news exposes the rot in our system: wage gains for workers are seen as a bad sign for the economy. Despite the altruistic claims of Democrats who line their pockets with corporate money, Wall Street will always react badly to increased conditions for the poor, unless there is an opportunity to profit from them in some way.

The “lender of last resort,” the Federal Reserve, is much more interested in reducing the rate of inflation than increasing the share of wealth enjoyed by workers. Rather than encourage policies from major financial institutions that would benefit the vast majority of Americans, our government has allowed the financial institutions to make a market out of poverty, trading the large sums on the growing debt of the working class. In our immoral system, the degradation of the worker is seen as a sign of a healthy economy, while benefits for the working class as are seen as a detriment.

The fundamental contradiction of the neoliberal era is the rate of increase in productivity, which has exploded, while compensation for the productivity has remained stagnant. According to the Economic Policy Institute, productivity has grown 5.9 times faster than wages. People are working more and earning less, but profits aren’t disappearing. Instead, the concentration of wealth at the top has exploded. The extra money has fueled a jubilant financial market that is further abstracted from the lives of most people. This status quo is threatened by any material gains for the working class. The pages of the NYT and the Wall Street Journal are littered with screeds against universal healthcare and minimum wage increases. A less desperate population won’t toil away into the new drudgery of contract work.

In addition to poor wages and conditions, there has been a massive accumulation by a few companies into new markets; the Uberization of food, laundry, and delivery just to name a few. While these companies capture huge parts of the market, more Americans need multiple jobs to survive and are forced into contract work. Americans are entering the “gig economy” to pay off medical, educational, and credit debt, creations of the financial class.

No longer confined to normal business hours, we are free to toil all the time. No longer confined to an office we can work wherever we chose. The desperation of workers takes a different form from the drudgery of the factory, but the long hours and the reduction of life to labor power for capitalists to exploit continues. The worker has been removed from the factory; the world is now our factory.

The technocratic impulse to use stock indexes to tell us about the state of our society is misguided. What is captured in these measures is the success of the ruling class to sell themselves on themselves — and they love to sell to themselves.

Take the new favorite game of roulette popular on Wall Street: trading derivatives tied to VIX. Simply put, VIX is “the stock market’s fear gauge” that monitors the volatility in the market. Its first iteration began in 1973, but its current form was introduced around the late 1980s. In 2004, the Chicago Board Options Exchange offered futures contracts on the index exclusively to traders, but in 2009 ETFs (exchange-traded funds) were created that were tied directly to VIX rates. These became easily accessible to general traders and the public. VIX was an easy bet in the era of central bank subsidies and bailouts and quickly became one of the most traded 34th in the ranking of US shares.

Now, to make money trading on VIX you are betting that market volatility will continue to decrease. For historical context, the VIX rate always remained low up until major financial crisis. The VIX rate was low up until the dotcom bubble and the Asian market crisis in 1995. It also reached new lows before the 2006 financial crisis. But since trading financial products directly tied to the VIX rate was not popular then we do not know what its effects on the market will be after Monday’s crash.

A few days after its eruption, the crisis seems to have avoided the credit markets and major banks. If the crisis does spread, there will be larger consequences. Still, even if it does not spread we should be worried. The VIX speculation is only one of the major schemes that Wall Street is tied too. Wall Street is already lobbying to repeal the meager protections put into place after the Great Recession (that it helped write). If we are not vigilant the next crisis could be much worse. This, of course, will be hard to do, with only our enemies in power.

The 2008 crisis is a reminder that a stock market collapse is not necessarily good for the working class. But as we have seen, the recovery of Wall Street is not good for the working class either. The economic system is designed to hold the majority down and it sees even a slight improvement to live of the many as a threat to the few. Reform and regulation without a commitment to addressing the fundamental contradiction of economic life will not last. The capitalist casino is always creating new games, and they write the rules.

While the working class does not trade on Wall Street, the indebtedness of most Americans and the unequal distribution of property brings us too close to their games. Financial crises devastate the poor, eradicating their savings and devaluing whatever assets they have. While a portfolio may drop for an investor, the real cost of irresponsible financial markets is increased unemployment and a lack of access to capital for the middle class. Until money and power are redistributed in this society, we all are living in the rigged capitalist casino. It’s time to rewrite the rules.