Will Trump end US-Korea trade his red-state supporters count on? 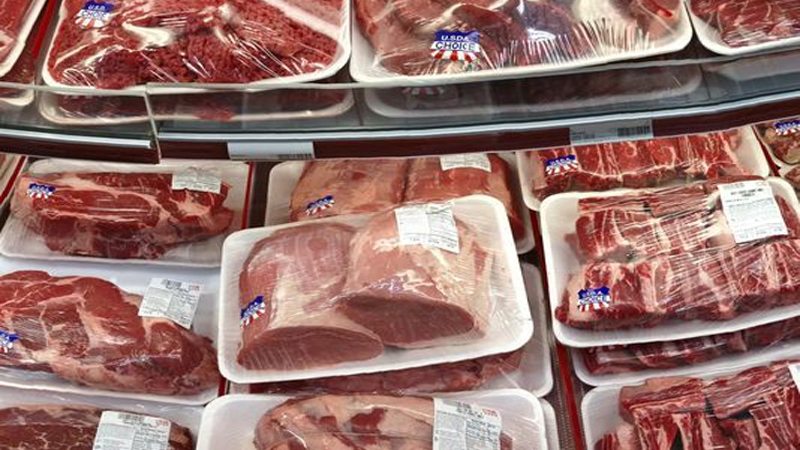 The world will look to South Korea today as speed skaters, ski jumpers and bobsled teams fight for gold, silver and bronze in the 2018 Winter Olympic Games.

I’m eager to watch the competition and the medal ceremonies on television. Like so many Americans, I enjoy the individual events as well as the spectacle of the opening and closing ceremonies.

I’m also thinking about beef: Those athletes in Pyeongchang, South Korea, will need a lot of protein and much of it will come from the United States.

That’s because South Koreans love to eat U.S beef. Last year, they bought more than $1.1 billion in beef from us, creating the third largest export market for our products, following Japan and Mexico.

As a rancher with interests in Illinois, Kansas and Nebraska, I appreciate this economic opportunity. It helps me make a living and provides jobs in the heartland.

So Americans are already benefitting from our trade with South Korea – and over the next couple of weeks, we have a chance to shine athletically, too. You may already know some of the big names: Nathan Chen in figure skating, Lindsey Vonn in skiing and Shaun White in snowboarding.

An appealing aspect of the Olympics, of course, is that athletes can come out of nowhere to emerge as heroes. My own hopeful mind will turn to one of my granddaughters, a girl of nearly 13 who is an accomplished gymnast. She’s disciplined and a good competitor who may yet become a candidate for a future U.S. Olympic team. At least that’s what this proud grandma thinks.

In South Korea, however, we all have a rooting interest – not just for our athletes, but also for the ordinary Americans who have come to depend on these excellent customers. Home to more than 51 million people, South Korea is an advanced nation whose median household income ranked eighth in the world according to Gallup’s latest data, two spots below the United States but ahead of Germany and the United Kingdom. In this economic category, South Korea is tops in Asia, including Japan.

We should aspire to sell to this market. As we watch the Winter Olympics over the next couple of weeks, we’ll see news reports on Korean life and culture. Americans may come to realize that this booming nation of industrious people represents a remarkable economic opportunity for the United States.

Just about everybody in the American food business already appreciates the vibrant market of South Korea. Last year, we exported more than $6 billion in farm products to it. Beef led the way, but corn, fruit and pork were key exports as well. The host of this year’s Winter Olympics is now the sixth-largest destination for our agricultural exports.

Much of our recent success come from the free-trade agreement negotiated by the Bush and Obama administrations – a bipartisan deal that has made it easier for goods and services to flow between our countries.

The U.S.-Korea trade agreement, sometimes abbreviated as KORUS, hasn’t received nearly as much scrutiny as NAFTA, the subject of tricky and ongoing negotiations with Canada and Mexico. Yet it has become a target of President Trump’s apparent ire: “It’s a horrible deal, and we are going to renegotiate that deal or terminate it,” he said last April.

My own view is that U.S.-Korea trade agreement is a good deal – and that there’s no such thing as a good deal that couldn’t be made better. The president is both a tough talker and an accomplished dealmaker. I don’t think he’ll terminate an agreement that many of his red-state supporters count on. Yet he may push for improvements that create even more opportunities for Americans.

During the broadcasts of the Winter Olympics, we’ll have a chance to visit South Korea vicariously. I hope we’ll take pride in American athletes who mount the medal platform. Let’s also recognize our economic interest, and cheer for trade agreements that help everyone.