China is winning without fighting

Notwithstanding the ongoing gradual surge in target killings of Chinese nationals, security apparatus of the country has already done its bit by bringing marked decrease in the recurrence of terror acts across the country

China holds fast to the spirit of pacifism. She has never been in favour of active armed confrontation in Asia or anywhere in the region. Last year, Doklam stand-off between India and China came to an end without armed confrontation.

In fact, China avoided the escalation that might have led to some active confrontation. On Taiwan issue, she has been maintaining meaningful restraint. Beijing understands belligerence a threat to jeopardise her mercantile interests in region. Be it Pakistan-India bellicosity, brewing sectarian divide between Iran and Pakistan, ongoing turmoil in Afghanistan or in Middle East China hasn’t jumped into either of the conflicts.

Beijing is trying to make her assertion pervasive through economic and business ventures. She has been avoiding armed conflict with Southeast Asian nations like Philippines, Vietnam, Singapore, Indonesia, Brunei, Malaysia etc over the ownership claim of an archipelago in South China Sea. Besides, China has been avoiding confrontational pursuit of her territorial claims over Scarborough Shoal ownership of which is also claimed by Taiwan and Philippines. Scarborough Shoal is a mineral rich small ring of reefs with vibrant marine life. This controversy sometimes gets sharper in intensity due to US interference and taking sides with China’s opponents. Beijing is not oblivious to Washington’s encirclement tactics tightening the leash around her by getting closer to Vietnam, Philippines, Australia and India. Due to growing safety concerns China conceived ‘Belt and Road Initiative’ (BRI) as alternate to Straits of Malacca, a sea route China depends much for mercantile shipments. BRI is a giant project involving a number of countries including CPEC (China Pakistan Economic Corridor) as one of its major components.

CPEC is originating from Gwadar deep seaport, not away from the Strait of Hormuz, a choke-point with twenty nine nautical miles width wherefrom around thirty five per cent of world’s sea-born oil shipment passes. Gwadar strategically overlooking ‘Strait of Hormuz’ is not desired by America to do as outpost of Chinese navy. Thus America finds a ‘symbiotic comfort’ with India and Afghanistan to foment unrest in Pakistan where CPEC, a constituent of BRI sits. The trio finds the unsettling situation in Balochistan, militancy menace, sectarian spectre and the foreboding political polarisation in Pakistan as vulnerabilities for being exploited to vitiate the security environment. Needs no elaboration that Pakistan bashing proxies are already there sitting in Afghanistan and elsewhere in Europe and are being exploited.

America’s grouse against Pakistan being soft on some factions of Taliban is mainly an excuse to mount pressure on her to back off China. Contrary to decreasing frequency of terror incidents there seems to be gradual increase in attacks on Chinese nationals working on different projects in Pakistan. During second week of January this year Liu Ping Zhei, a supervisor working at Karot Hydropower Project, Kahuta went missing (presumed kidnapped). A few days back 46 year-old Chen Zhu was shot dead at Clifton near Zamzama Park. He was associated with a shipping firm in Karachi. There is no reason to see these targeted attacks in isolation.

Pakistan will have to evolve some security strategy to ensure Chinese security and to neutralise hostile hands’ clandestine ingress in country. The dissidents and unhappy segments of society may be wooed to join mainstream politics strengthening federation. Notwithstanding the ongoing gradual surge in targeted attacks on Chinese nationals, security apparatus of country has already done its bit by bringing marked decrease in the recurrence of terror acts across the country though a lot is still to be done. Pacifism should be promoted and those resisting CPEC and allied projects must reciprocate the governmental reconciliation gestures. State’s law enforcement agencies can neutralise or contain the disruptive activities of the recalcitrants but cannot launch socio-economic projects to productively engage the restive mood of estranged elements. 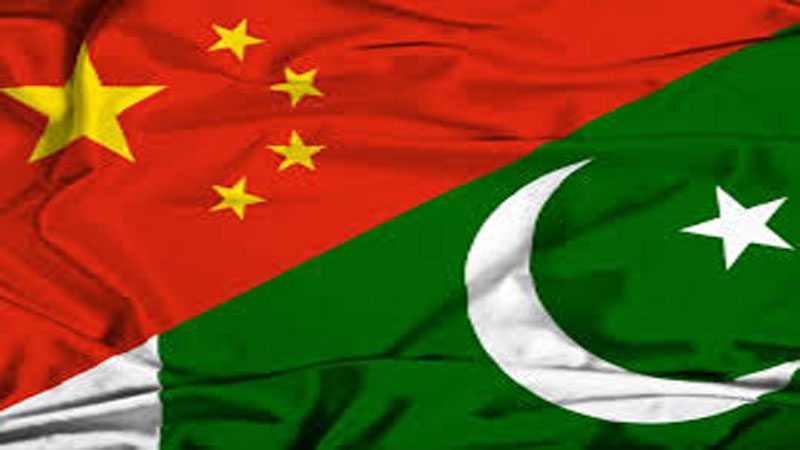 Any rapprochement is impossible in the face of ongoing political polarisation. Presently, there is much political hubbub. Politicians are pre-occupied and badly sucked in ‘war of words’ and mutual witch-hunting. Country is already facing the ‘Trumpian wrath’ aims to economically weaken and globally isolate her. On the other hand, India has been mounting pressure and her forces are involved in un-provocative firing across the LoC and Working Boundary targeting civil populace. Unwarranted and blind firing spree of India basically aims to provoke Pakistan and drag her into active armed confrontation. Pakistan’s ‘measured reaction’ is reflective of both her patience and wise strategy to escape from getting trapped into military confrontation jeopardising CPEC: that is what India actually wants.

Pakistani leadership must concentrate on taking the stock of situation so that national integrity and sanctity of sovereignty are maintained. Situation stands complicated mainly due to China factor: huge investment of China in CPEC and other strategic projects in Pakistan offering her an opportunity to enhance her regional lustre. This is not going down well with America and India. Pakistan cannot afford severing her time-tested ties with China, ‘the all-weather friend’ at the behest of America, ‘the fair-weather friend’ that she (America) has not remained now.

Pakistan is passing through a critical phase: American antagonism, raging Indian aggression, Afghanistan’s acrimonious bouts on external front; and political polarisation, militants’ terror acts, corruption episodes, simmering social discomfort on internal front are the major issues. A ‘robust strategy’ backed with ‘national cohesion’ is the need of hour to tackle external threats and address internal irritants. While not being oblivious to any existential threat Pakistan must not allow herself to fall prey to any enemy provocation. Successful materialisation of CPEC itself is going to be Pakistan’s victory against her opponents. Sun Tzu’s advice holds good here: “The greatest victory is that which requires no battle.” This is what China has been winning without fighting battles.