Recent years have seen some distinct phenomena in developing world generally and Muslim world particularly. These phenomena are state collapse, rise of non-state actors, increasing proxy wars among regional states and the issue of refugees.

The current volatility being witnessed in West and South Asia, and which in a way is also a potential threat to international peace and security, has roots in a number of factors that are both internal to this region as well as external. From the drawing of the boundaries in Middle East after World War I to creation of Israel to birth of extremism and West’s recent most regime change project all events initiated and ensured the continuity of the conflict and violence in the region. There has unfortunately been little effort to extinguish those flames.

United States President Donald Trump’s announcement about recognising Jerusalem as the capital of Israel has in fact unmasked the American intentions and designs. It would therefore be an understatement to say the situation in the region has in particular been exacerbated by intervention of foreign powers. One important aspect of the foreign intervention in the region is that it is promoting adversarial competition between neighbours here instead of resolving their conflicts.

Meanwhile, Yemen, Syria, Libya and Iraq have experienced civil wars, compromised central governments and greater disharmony within the society. The resultant chaos and mayhem provided non-state actors an opportunity to find a geographical niche and increase their influence. Al-Qaeda found roots in Iraq after American invasion of the country in 2003. This same would then mutate into ISIS and spread across the region. It is an open secret that Hayat Tahrir al-Sham and other similar entities were part of Al-Qaeda until recently. Tahrir al-Sham is the dominant power in Idlib province in northern Syria.

There are many areas, both on the economic and security fronts, on which Iran and Pakistan could build a sustainable relationship. Pakistan and Iran need to have a frank discussion not only on the shared threats both of them face, but also on irritants that mar their bilateral ties

Although, Daesh has been militarily defeated in Iraq and Syria, its black shadow hangs over the region and the group is worryingly finding a foothold in Afghanistan. There is certainly no space for complacency as Daesh because of its influence and sleeper cells spread all over across the world can mount a range of terrorist attacks to keep us reminding about its existence.

Yemen and Libya too host many militant groups preying on state’s diminished monopoly over violence and disorder resulting out of a civil war. We have also seen an increase in proxy wars in the region. Geo-strategic interests superseding other factors combined with strategic follies have made the Muslim world more destabilized and vulnerable. We must not either overlook the socio-economic realities of the region that are conducive for instability and upheaval.

South Asia too presents a precarious security outlook. Peace eludes Afghanistan. Taliban hold large parts of Afghanistan. Peace efforts have yielded not much in substance. Regional states vying for greater influence in Afghanistan have made a bad situation worse. In this chaos and instability along with a weak government in Kabul, different terrorist and sectarian groups have found Afghanistan to be a safe sanctuary to plan attacks in other regional states. ISIS too has opened its ‘new franchise’ in the global market of jihad that is Afghanistan.

The way out of this rather gloomy situation is building an atmosphere of trust between the regional actors in way they do not feel their interests to be threatened. There is lot that can provide the needed common ground like fighting terrorism and extremism and cooperating in rehabilitation of conflict ridden states. But, divergent interests and meddling by foreign powers would prevent that from happening. And while that may require a mighty undertaking, Pakistan and Iran can at least bilaterally work towards first overcoming the irritants in their relations and eventually moving towards security cooperation.

Iran and Pakistan cannot remain invulnerable to the spillover effects of a destabilized Afghanistan. Pakistan has suffered a great deal in terms of blood and money due to extremisms and terrorism. This is partly because of the overall fragile security situation in the region. Last year’s attacks in Tehran too indicate the potential capability of terrorist to attack targets in places previously considered to be secure. 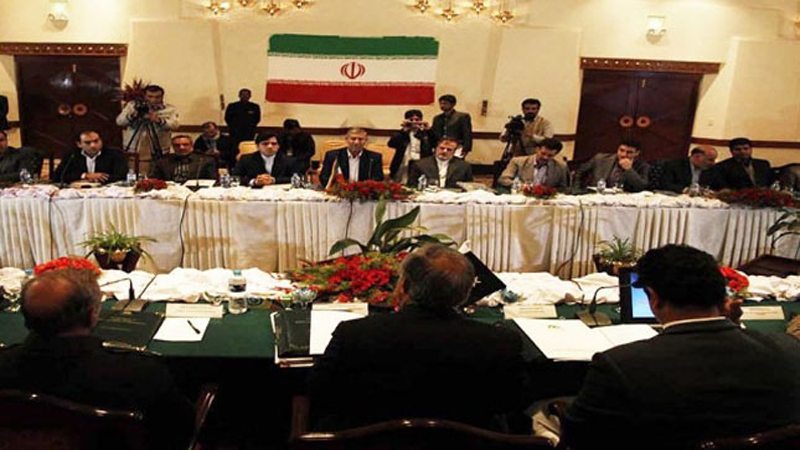 The fragile security situation in the region and the phenomena that is prevailing in some of the Muslim countries should provoke in Iran and Pakistan, which are now celebrating 70 years of their diplomatic relations, a required urgency to work for greater security cooperation and intelligence sharing. Both Pakistan and Iran have strong and functioning institutions and competent armies.

Moreover, they have vibrant civil societies and social and ethnic harmony. But it is also true that, groups that promote hatred and extremism in the society exist in this region and they have shown tremendous capability to wreak havoc. The trans boundary fluid movement of terrorist organisations and their pragmatic approach of courting other militant and sectarian groups to make a larger alliance so as to increase their destructive capability, present a threat that is multi-dimension, not confined to a single state. For example, it has been reported since long that Al-Qaeda has had ties with local sectarian groups in the region, exacerbating the security for the people and the state.

Iran and Pakistan share a 650-mile border area of rugged mountains and deserts, which unfortunately has also been a hub of a secret war by militant groups against Iran for over a decade. Over 70 percent of global opium smuggling controlled by the militants also passes through these areas. It is also the epicenter of oil smuggling and human trafficking between the two countries. The nexus between human traffickers, smugglers and terrorists make border patrolling very difficult. Pakistan and Iran should work together to make their border regions safe and make sure terrorist groups do not take advantage of rugged and remote regions as dens of terrorist activities.

The thin deployment of Pakistani armed forces on Iranian border is indicative of the level of threat it perceives from its neighbor. Moreover, a greater realization seems to have dawned upon the leaders of both states that a chaotic and tumultuous region is of benefit to no state and no state can be immune to its spillover effects. Both Iran and Pakistan supported the Bonn Conference in the post-Taliban Afghanistan and both of them seek a peaceful and stable Afghanistan and a prosperous region. They were also part of Heart of Asia peace initiative to help stabilize Afghanistan by seeking a peaceful resolution of the Afghanistan conundrum.

The visit of Chief of Army Staff of Pakistan Gen Qamar Bajwa to Tehran last November is indicative of growing cooperation between the two states. Gen Bajwa had rightfully called Pak-Iran border as “border of peace and friendship” and emphasized on cooperation for preventing terrorists from misusing it. The indispensability of mutual understanding and cooperation in tackling issues of terrorism and extremism could be not greater.

The potential of Iran and Pakistan becoming hubs of regional gas and electricity markets is huge. Moreover, Iranian President Hasan Rouhani in his meeting with the then Pakistani Prime Minister Nawaz Sharif on the sidelines of United Nations General Assembly (UNGA) session in September 2016, expressed Iran’s desire to become part of China-Pakistan Economic Corridor (CPEC). Before that, Pakistan and Iran had also called Chabahar and Gwadar as ‘sister ports’. Most importantly, greater regional connectivity will likely increase the volume of trade and services. But one should take into account a bitter truth that there is little economic connectivity between the two states. According to the Trade Development Authority of Pakistan (TDAP), the current trade volume between Iran and Pakistan is $830 million, a pittance out of Tehran’s 127 billion Euros worth of international trade.

Greater economic cooperation and connectivity between Iran and Pakistan is a must. Greater connectivity means more trade, economic growth, a level of positive mutual dependency and opportunities for people on both sides of the borders. Poverty is one of the indirect variables of prevailing extremism in the society. As noted earlier, unemployment and desperation make youth prey to terrorist and extremist organizations.

To put it succinctly, there are many areas, both on the economic and security fronts, on which Iran and Pakistan could build a sustainable relationship. Just to add, Pakistan and Iran need to have a frank discussion not only on the shared threats they both face, but also on irritants that mar their bilateral ties. An honest discussion should be a prelude to a durable and sustainable mutual trust and cooperation in different areas.