The revival of tourism in Pakistan

Areas once rife with terror are now returning to normalcy 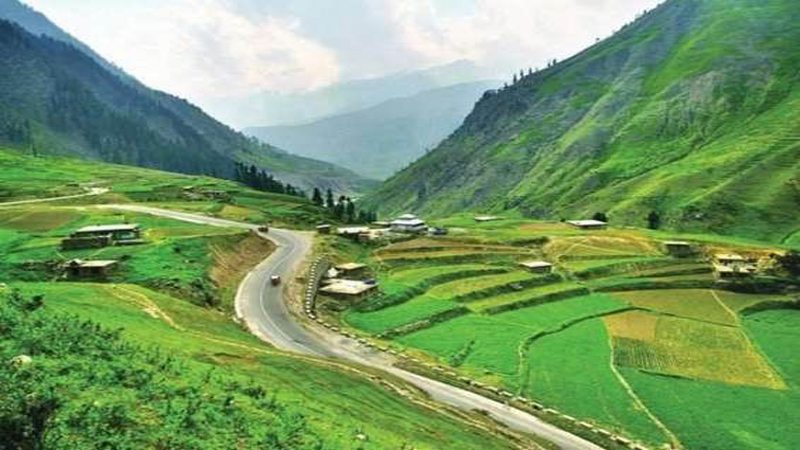 Terrorism kept tourists away from some of the most beautiful places in Pakistan for far too long. The lush green fields and magnificent mountains in the northern areas of the country were once a hub of militancy. Recreational activities in big cities of Karachi and Lahore had at one point also come to a halt in the wake of deadly bombings by militants before a military action against them was launched.

While terrorism has so far not completely been eradicated as terror attacks continue to take place now and then, a significant decline in large scale attacks in the country is certainly noticeable. After an improved security situation following army operations against the militants, the tourists now feel safe exploring the northern areas of Pakistan in Khyber Pakhtunkwa (KP) and Gilgit Baltistan (GB). The tourist areas of the KP province that were deserted due to a deadly wave of terror in the country over the past few years are returning to normalcy.

Swat sees tourism revival: The scenic valley of Swat, which was once under the Taliban rule, has recently seen a revival of winter tourism after an improvement in the security situation. A large number of local tourists visit the Swat valley and other areas especially in winters to witness the snowfall.

The Kalam-Mahoband tourism festival held in Swat in 2012 was an important step in reviving sports and cultural activities in the valley. It was reported that the festival attracted a large number of local tourists and when the space in hotels fell short, locals rented their guest houses to accommodate the visitors. Thereafter, several festivals were held that drew a large number of participants and the authorities continue to arrange similar activities to attract tourists. The provincial government held a Snow Festival in Mallam Jabba district of Swat in March last year and a Skiing Festival was held earlier in 2017. According to official figures, about one million tourists arrived in Swat during summer last year.

The scenic valley of Swat, which was once under Taliban rule, has recently seen a revival of winter tourism after an improvement in the security situation

In 2015, the provincial government decided to open state guest houses for public, which was hailed as a remarkable step in reviving tourism activities in the province. In KP, provincial officials and citizens agree that the security situation is much better than what it used to be.

Tourism in GB also improving: The Gilgit-Baltistan (GB) region is among the favourite spots for foreign travelers. In the wake of a deadly attack on foreign mountaineers at a base camp of Nanga Parbat in 2013 that killed 10 foreign climbers and a guide, security was beefed up across the region. This increase in security has served to make GB safer for visitors. 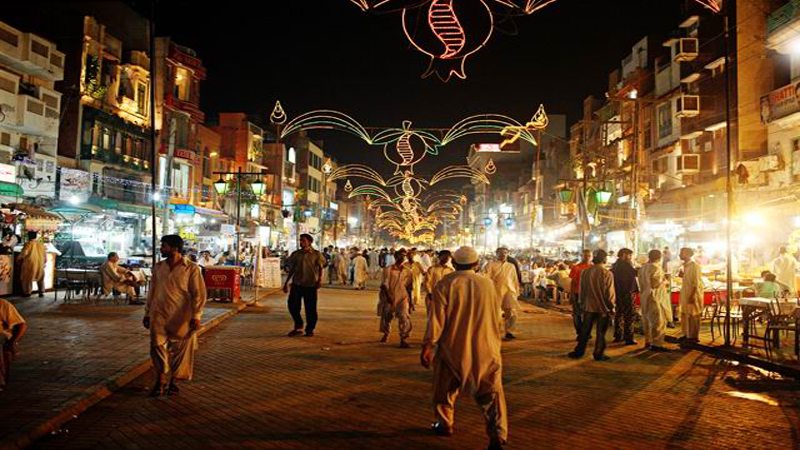 Renovation of the walled city of Lahore: Discussion on tourism in the country is incomplete without a mention of the Old City in Lahore, which has also recently undergone a revival of sorts. The walled city is another tourist spot that mesmerises both foreign and local tourists with all that it has to offer. The heritage sites located in the walled city have been preserved by the Punjab government and a number of tourist attraction spots have been built in the past few years. Terrorism has not been a province-specific issue, but the entire country was once under attack by terrorists and large-scale attacks were a routine. Lahore, the heart of Pakistan, was certainly no exception. Several deadly terror attacks in the city claimed scores of lives over the years, but living up to the slogan of ‘Lahore, Lahore hai’ (Lahore is Lahore), the resilient people of the city continued to engage in cultural activities despite terror threats.

The dazzling new food street: Food Street near the fort in the walled city was inaugurated by the Punjab government in 2012. Located in front of the historical Badshahi Mosque and Lahore Fort, the food street is house to a number of restaurants that not only offer traditional food but also provide a bird’s eye view of the heritage sites located nearby. An art gallery founded by renowned artist Iqbal Hussain is also located inside the food street and attracts many local and foreign visitors. Hussain’s paintings are considered controversial because his artwork depicts the lives of sex workers residing in the red light district of Lahore, commonly referred to as Heera Mandi (diamond market). The controversial artist was born to a prostitute living in the same area.

Muhammad Ramzan, the caretaker of the gallery, says Iqbal Hussain decided to feature prostitutes in his artwork because he is witness to the misery in which they live. Explaining the artist’s motive behind foundation of the art gallery, Ramzan said the revenue generated is used for the welfare of old women of the red light district who can no longer work as prostitutes. “In the 1970s, the government started a crackdown against prostitution and arrested several women of the red light districts. The men who came to the diamond market to visit prostitutes were also often harassed by policemen, and this eventually led to a decline in the prostitution business, he says.

Still some room for improvement: While the development of tourist spots in Punjab and KP is appreciable, lack of interest on the part of the Sindh government in preserving the heritage sites of the province is concerning. Mohenjodarro, Matli, Kotdeji and Ranikot are some of the tourist attraction sites in Sindh which have unfortunately been completely ignored by the authorities. Experts have been demanding revamping of the tourism industry in order to facilitate foreign tourists, but the Sindh government has shown little to no interest in this regard.

The writer is Assistant Editor, Daily Times. She tweets @AiliaZehra and can be reached at ailiazehra2012@gmail.com