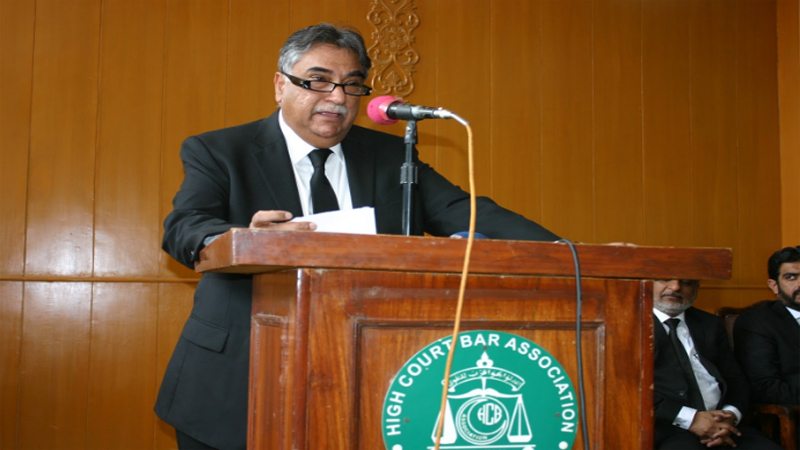 LAHORE: Justice Muhammad Yawar Ali on Wednesday took oath as the 46th Chief Justice of the Lahore High Court at a ceremony held at Governor’s House.

Chief Justice Ali has lectured at the Punjab University Law College, Lahore, as a visiting lecturer during earlier years of practice. He conducted several cases of public importance before the High Court, the Supreme Appellate Court and the Supreme Court of Pakistan, while representing various clients including WAPDA, PIA, Pakistan Railways, National Bank of Pakistan, Muslim Commercial Bank Limited and the Federal Government.

Before elevation as LHC judge, Justice Muhammad Yawar Ali served as federal counsel for government of Pakistan, additional advocate general for government of the Punjab from March 26, 1995 to August 1, 1997. He also served as the deputy attorney general for Pakistan from August 1, 1997, to June 7, 2006, and again from August 10, 2007, to February 11, 2008.

He also got a book published in 1999 by the title, ‘The effect of Revolutions on the Legal Order within States’.