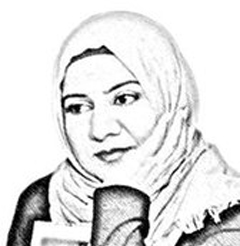 Remembering the victims of FGM

According to a UNICEF report, 44 million girls who have undergone this procedure are less than 15 years old

February 6 has been declared the International Day of Zero Tolerance for Female Genital Mutilation by the United Nations (UN). The eradication of this horrific practice is one of the goals the UN wants to achieve by 2030. This ritual is most common in Africa. A survey conducted in 2000 found that as many as 95 percent of Egyptian women had gone through some form of Female Genital Mutilation (FGM), despite the fact that Egyptian state hospitals were banned from carrying out the procedure in 1995. In 2013, the death of 13-year-old Suhair Al-Bata Badour Shakour during a circumcision procedure in a clinic in the Northeast of Cairo had caused outrage amongst a number of women’s rights organisations. Even Egyptian Muslim scholars had given statements against FGM, saying that the practice had nothing to do with Islam. Unfortunately, the practice continues in many Middle Eastern and South Asian societies — including India and Pakistan.

On June 9, 2016 and Australian court penalized Shabbir Mohammedbhai Vaziri — a man from the Bohra Muslim community, for mutilating the genitalia of one of his own daughters at home. Vaziri had taken this action because the leader of the Bohra community, Syedna Burhan un Din had given a Khutba, instructing his followers to perform FGM. Most of the Pakistani Daudi Bohra community lives in Karachi. India also has a sizeable Bohra community.

The global figure in the 2014 UN FGM statistical report includes nearly 70 million more girls and women than estimated. This shows that instead of dropping, the prevalence of this barbaric practice may be going up. This is because of population growth in certain countries and nationally representative data collected by national governments.

As more data on the extent of FGM become available the estimate of the total number of girls and women who have undergone the practice increases. Till 2016, 30 countries have collected nationally representative data on the practice but according to other non-governmental organizations 39 countries around the globe have percentages as high as 97 percent.

According to the World Health Organisation (WHO) there are more than 200 million living girls and women worldwide who have been victims of FGM and three million girls remain at risk every year.

It is interesting to note here that European society perceives this heinous crime as a cultural practice. As a result, doctors and nurses who have assisted in the execution of this procedure have not been punished by the law.

Furthermore, in the last few years many FGM victims’ asylum cases have also been rejected by European courts. In many cases, the courts said that asylum would be useless now that the procedure has already been performed. Sometimes when these women were sent back to their countries the gruesome act was carried out again as punishment.

It is unfortunate that FGM has been associated with Islam in modern times because of cases like Vaziri’s because the practice has not been condoned or mentioned in Islam’s holy texts. FGM is simply a manifestation of deeply entrenched gender inequality. Much like the defunct practice of foot binding in China or dowry and child marriage in the subcontinent, FGM represents society’s control over women.

Such practices have the effect of perpetuating normative gender roles that are harmful for women. Analysis of international health data shows a close link between women’s ability to exercise control over their lives and the belief that FGM should be ended.

FGM is known to be harmful to girls and women in many ways. First and foremost, it is painful and traumatic. The Partial or total removal of the clitoris and the labia minora causes serious damage to health. Removal of normal genital tissue interferes with the natural functioning of the body and causes several immediate and long-term health consequences. For example, babies born to women who have undergone female genital mutilation suffer a higher rate of neonatal death compared with babies born to women who have not undergone the procedure.

The writer is a journalist based in Belgium and is a, writer, teacher, translator, human activist, focusing on human rights, gender equality and peace