What is KKK and white nationalism?

The brutal war continued for almost four years and culminated at the victory of the US. Days after the surrender of Gen. Lee to the US Army and the triumph of the Union Forces, US President Abraham Lincoln was assassinated by a Confederate partisan — John Wilkes Booth on 14 April 1865 because he didn’t like Lincoln’s decision to abolish slavery. Lincoln died the next day from the wounds sustained.

One of the Confederate generals — Major General Nathan Bradford Forrest was an ardent and vehement supporter of the white supremacy in relation to the black slave race. After the Confederate defeat in the American civil war — on December 24, 1865, Maj. Gen. Bradford laid down the foundations of an organisation named as Ku Klux Klan or simply KKK. The primary objective of the KKK was to ensure the superiority of the white race while injuring the blacks by every means possible. 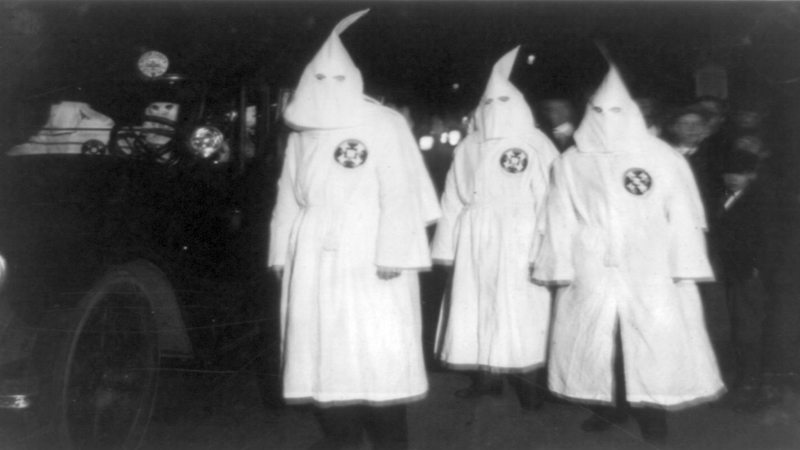 As a consequence, KKK became a highly structured and disciplined organisation dedicated to eliminating the black race from the face of the earth. Nonetheless, many black people are also members of KKK, which points the finger at scepticism about it being a protector of the ‘white race’.

The first Klan member to be elected as the US President was Harry S. Truman in 1945. It can be argued that Ku Klux Klan is similar to neo-conservatives in controlling the domestic and foreign policy of the United States. However, like KKK many black people are members of neo-cons such as Colin Powell and Condoleezza Rice.

Many Hollywood movies like Mississippi Burning (1988), Django Chained (2012), 12 Years A Slave (2013), American History X (1998), and The Believer (2001)are among those motion pictures which have tried to portray the racial segregation, lynching of black people and the growing awakening in the white people about the distinction of their race. These white folks mistakenly use Swastika to build a connection between them and national socialism.

An event is often cited as evidence to prove Hitler’s hate for the black people when at Berlin Summer Olympics in 1936 — an American black athlete Jesse Owens won four gold medals and Hitler refused to shake hands with him. If that’s the case then why Time Magazine declared Hitler to be ‘Man of the Year’ on its 1938 cover?

Did Time Magazine congratulate Hitler for his racism? Or was it an error in the judgement of the New York-based magazine? Owens himself said that he was not offended by Hitler but by the very behaviour of the then USP resident Franklin D. Roosevelt, who neither bothered to invite him to the White House nor did he congratulate him. Doesn’t it make Roosevelt a white supremacist and a hater of black people?

It is a fallacy that Adolf Hitler and the National Socialist Workers Party (NSDAP) promoted white nationalism and supremacy of the white race. Hitler outlined the superiority of the Aryan –‘the master race’ in his memoir Mein Kampf (My Battle) 1925. However, if he believed only in the existence of Germans, then why Waffen SS — Hitler’s elite fighting force — recruited soldiers from almost everywhere.

It is unfortunate that even after the defeat of the Confederate states and the subsequent abolition of slavery in the re-unified United States, there are such organisations and elements within America which are still propagating racism and the supremacy of the white race

The chain of events that took place during ‘Unite the Right Rally’in Charlottesville, Virginia, United States — in August last year was a clear indicator that the American Southstill maintains the Confederate mentality.

If the white race was threatened, then why white America led by white President Franklin D. Roosevelt and white general Dwight Eisenhower played a vital role in annihilating Nazi Germany — the so-called leader and saviour of the white race — during the second world war? It needs to be understood that Ku Klux Klan and white nationalism are distorted or perhaps entirely different versions of Hitler’s National Socialism. This article does not intend to defend Adolf Hitler or the National Socialist Movement, and the author firmly believes that a strong discourse exists against them. However, the wrong yet deliberate attempts to amalgamate the two entirely distinct ideologies are to be identified.