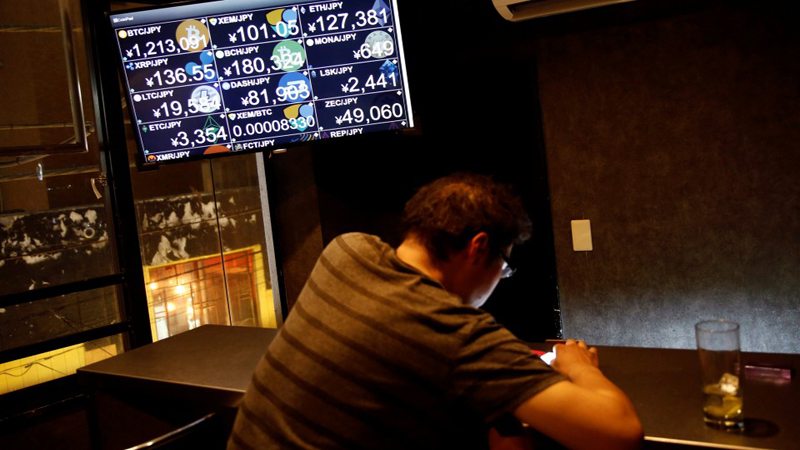 Many believe we have reached an important fork in the crypto path. Take the right turn and it will lead governments, old school financial institutions and Fortune 500 blue chips to a promised land enhanced by blockchain.

Take the wrong one and you enter a world of multiplying virtual currencies driven by scammers, spivs and crypto-hustlers who – in league with narco-felons, anarcho-techies and money-laundering Asian billionaires – are apparently leading the whole circus along a treacherous path beset by bad press, tightening global regulation and jail sentences.

A review of this week’s crypto-related news would suggest the quandary is real.

On Monday, Japan’s financial regulator said it was going to inspect all cryptocurrency exchanges after hackers carried out the biggest cyber heist in history, stealing US$530 million worth of digital money from the Coincheck exchange.

Then, on Tuesday, South Korea brought in a ban on anonymous cryptocurrency trades in an attempt, it said, to stem rampant speculation and money laundering. On the same day, news stories circulated that federal judges in Brooklyn are starting a sequence of crypto-related court proceedings. These trials will attempt to formally define cryptocurrencies and see if they can be regulated inside the US – meaning that these “virtual tokens,” would, in effect, be governed by the same rules as stocks and bonds.

Both moves, in Seoul and New York, will, ultimately, bring more transparency and jurisdictional control. Of course, this meant global cryptocurrency markets went tumbling. The price of bitcoin fell to a three-year low.

Then, on Wednesday, Facebook announced it is banning advertisements about cryptocurrencies because it says consumers are being misled and deceived by them.

Thursday bought Indian finance minster Arun Jaitley’s annual budget speech. He used it to confirm that his government will do everything it can to stop the use of bitcoin and other virtual currencies. In his speech, Jaitley dismissed all cryptocurrencies as Ponzi schemes. The crypto markets fell further.

But meanwhile, back on the blockchain side of the street…Last week we heard that the busiest sessions at Davos – aside from the US President telling a packed hall that “America first is not America alone” – were the blockchain-related ones. For instance, there was Laurent Lamothe, the former Prime Minister of Haiti, explaining to his Davos crowd how blockchain can aid governments during national catastrophes.

We also heard the news that the EU has just launched a US$400 million blockchain research fund. And about how blockchain could slice a significant chunk off remittance fees for the world’s 250 million economic migrants, something the World Bank estimates could save billions. There was also the story about the IBM-backed Hyperledger Fabric project that is working with heavyweights like Deutsche Bank, HSBC, Rabobank and Unicredit to overhaul the time and costs associated with global banking.

So, blockchain good, cryptocurrencies bad: is it true?

This comes after Ripple formed a consortium last year with 60 of Japan’s biggest banks that is working to leverage the San Fransisco start-up’s blockchain technology in the area of instant payments and settlement.

Ripple’s story is just one example of clever “token tech” starting to work in the mainstream financial world and as such does indicate that it may be too early to start ringing on that cryptocurrency death bell. There is also the not inconsiderable point that millions of people, who are not blood-thirsty, dark-web prowling terrorists, have a lot of love for cryptocurrencies, especially millennials who feel disenfranchised with an established financial system they see as exclusive and unrepresentative of their wants and needs. There is also another point. Actually THE point. People are still making an awful lot of money out of cryptocurrencies.

Last week, the English Premier League football club Arsenal announced it had its “first official cryptocurrency partner.” Cashbet, an online gambling site, is currently seeking to raise in excess of US$40 million from the sale of “CashBet Coins,” a form of virtual token, in its fund-raising “Initial Coin Offering.” These tokens will initially be priced at US 50 US cents and are designed to be used on CashBet’s plethora of mobile phone gambling apps. Arsenal, for an undisclosed fee, has allowed the gaming company – which is based in California but holds an online gambling license in Alderney, a tiny British Crown dependency island in the English Channel with a population of around 2,000 – to use the club logo on its website and promote its services at all home games.a
The English Premier League is hugely popular. It is televised live every week in more than 200 territories and has a global audience in the billions. And in this world, Arsenal sits very much in the mainstream – it is, perhaps, England’s most “establishment” of football clubs. In reporting the CashBet deal, however, the BBC chose to highlight not only concerns around gambling in sport but also the UK government’s warnings that ICOs are “high-risk, speculative investments.”