LAHORE: The ruling party Pakistan Muslim League-Nawaz’s (PML-N) lawmaker on Friday presented a motion in the Punjab Assembly demanding public stoning of the man who raped and murdered 7-year-old Zainab.

Member Provincial Assembly (MPA) Kanwal Nauman presented the motion which demanded the public stoning ‘or death by immense torture’ for the culprits behind the heinous crime of sexually assaulting and murdering the child.
The motion read:

“This house of province demands the federal legislative house [National Assembly] to publicly stone or execute after immense torture the criminals arrested for the savage, ruthless, brutal and heart-wrenching and grave crimes committed against girls in Pakistan and all their facilitators after investigation and legal proceedings are done.” 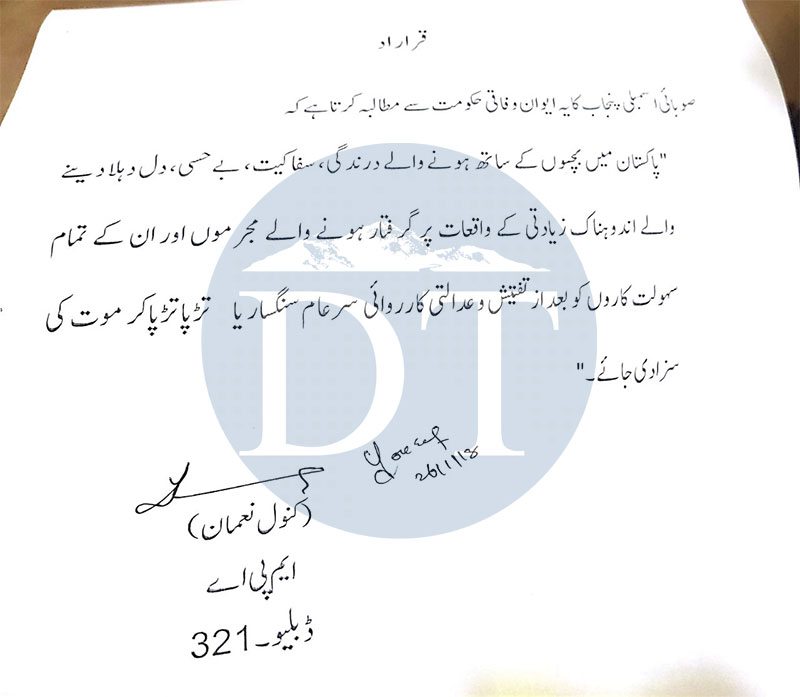