During the month of November, 2017, I saw the videos and photographs of two cities of South Asia engulfed in smog. The cities were Lahore in Pakistan and Delhi in India. One video in East Punjab showed a car accident where two cars hit each other. While the people were shouting for passengers to come out, three more cars came and hit rear end of standing cars.

This accident was due to lack of visibility caused by dense smog. Although this is not new, the intensity of smog in major cities of South Asia has been on the rise during past few years. This prompted me to study this issue and write for the understanding of common people in South Asia.

Smog is a word used in early 1900s to describe a mixture of smoke and fog. The coal was burned to heat up homes during cold winters in European cities. This smoke combined with existing moisture in air and caused dense smog. Although Europe has improved the environment by controlling the pollution, smog still remains in some cities.

Other source of smog is volatile organic compounds (VOC) from petrochemical industries, but that is not considered an issue in South Asia. I believe both India and Pakistan must control VOCs from Chemical and Petrochemical plants.

First let us look over the causes of smog in South Asia.

In both India and Pakistan, the cities are overcrowded with cars, rickshaws using gasoline and diesel. Bikes are history replaced by motor bikes using gasoline. This overcrowding of the cities has been due to massive internal migration of people towards the cities. This migration is due to the lack of facilities such as colleges, universities, hospitals in the villages. I have seen many people working away while their families have to stay in cities to educate their kids. Gasoline and diesel usage ends up in emission of Nitrogen Oxides, smoke, carbon monoxide, carbon and dust particles. These substances react with moisture and heat and make ozone causing Smog.

While the rest of the world is moving away from burning coal in power generation, South Asia is building coal-based power plants. Pakistan has recently started coal-based power plants in Karachi and Sahiwal areas. Coal burning produces smoke, sulfur dioxides and other pollutants. These pollutants cause smog and many other health-related issues. In South Asia, the pollution control laws certainly exist but most are easily bypassed. 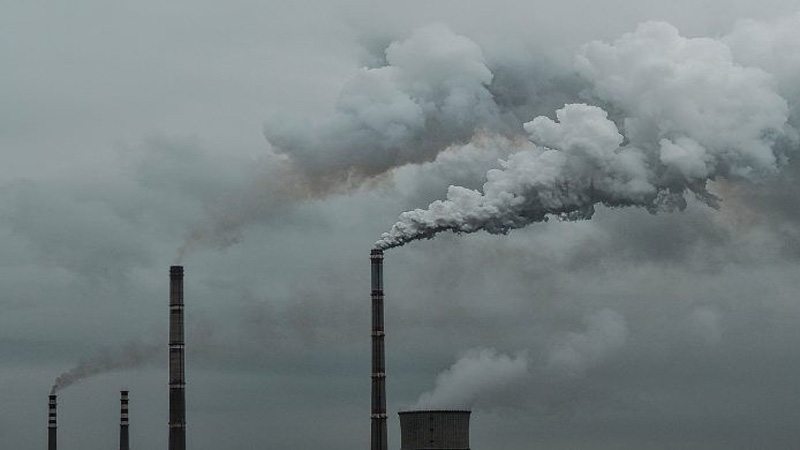 There are many small industries in South Asia causing pollution due to lack of control by the state and federal agencies. These industries include steel, textile, plastics, rice mills and tire burning in brick kilns. These industries emit carbon monoxide, sulfur dioxide, nitrogen oxides, smoke, husk and dust.

One major pollution contributor in India is the burning of crop stubble. After rice harvest, the remnant of rice crop plant is burned to prepare the field for wheat plantation. The smoke from burning is carried over to Delhi where it mixes with other pollutants to create smog.

In Lahore and surrounding areas, the garbage is burned in some places to get rid of paper and plastics. According to official estimates, about 2000 tons of solid waste is dumped to burning sites out of 8500 tons on a daily basis.

Before we look towards the solutions, let us briefly examine the human suffering and loss of life. In Pakistan, a total of 110,000 premature deaths (International Weekly Journal of Science September 2015) occur due to pollution In India, deaths due to air pollution stand at 1.3 million per year (Green Peace report, Airocalypse).

In Lahore and its surroundings, the garbage is burned to get rid of paper and plastics. According to official estimates, about 2,000 tons out of 8,500 tons of solid waste is dumped at burning sites on a daily basis

This is perhaps the most complicated issue particularly in South Asia where common people have no awareness about the causes of smog. The solutions that are easily implemented in the West or North America are very difficult in India and Pakistan. For me the following must be done all over South Asia.

The installation of Smog detection and Monitoring systems is the first step. In South Asia, the public must know Air Quality Index on a daily basis. Major cities should have multiple stations in various areas. Media should publish the status on daily basis. The monitoring panel should include members of the civil society.

Media must focus on educating the masses that clean air and clean water are essential to healthy life. The state of federal government simply can build enough hospitals to treat the patients. The message must be repeated all year round. I have seen people completely forgetting the problem after rain washes out the pollutants. The media is relatively free in South Asia but affluent people do not want to sponsor public service programs.

In North America there are many citizen groups such as Green Peace and Sierra Club that force the state or federal agencies to control pollution and cutting of trees. There are a few groups of dedicated people in South Asia but there is hardly any impact. New trees must be planted before cutting is allowed for any reason. Every community or development should focus on burning of waste material in their own area.

I have to say the state and federal agencies pay only lip service to pollution control. In South Asia, I would urge the civil society to include religious leaders in their campaign. Common people do not understand the details of interaction between pollution, smog, waste burning that cause diseases. Religious leaders can educate common people to join hands with knowledgeable people.

The cheapest fuel oil or coal based power plants generate all kind of pollution. Coal based power plants can send smoke to faraway places. In India, crop stubble burning causes smog in Delhi. Common people do not understand the mixing and migration of pollution. The state must enforce the minimum standard. Otherwise, nothing will work. The ruling elite must understand that their own kids can suffer from pollution related diseases like common masses.

Perhaps this is the most difficult thing to do in South Asia. Diesel fuelled buses, trucks and cars need to conform to very strict standards. Smoke from malfunctioning engines pollutes the whole area and there is hardly any check or inspection. Perhaps there should be environmental police in all major cities to identify and stop pollution causing cars or trucks.

Common people understand the benefits of trees but feel helpless when the trees are cut to accommodate growing population.

In this regard, the civil society has to play the key role. They need to mobilise public opinion. Even in North America, the developers and builders like to cut down trees to build shopping centres. However, strong environmental groups provide check on tree cutting activities.

South Asia has a long way to go before appropriate measures can be completed. We have to take first step towards completion of this long journey. The key to success in my opinion is awareness of common masses. The fight between industrial development and pollution control continues even in developed countries. The key difference is the presence of active antipollution citizens. I am very optimistic about the communication of ideas from the West towards East. South Asia can easily acquire technology if they like to clean up smog.

The writer is US-based Consulting Chemical Engineer in the area of chemical process technologies. He has served Pakistani-American community in the tri-state area as a director and president of Pakistan American Society of Delaware Valley. He can be reached at nhassa@yahoo.com