To face the external challenges Pakistan faces today, it must have internal stability

There has been a palpable increase in political anxiety in our country. Speculative and conjectural guesswork are adding to the political chaos that came about since the Apex court issued its verdict, ousting Mian Muhammad Nawaz Sharif from the coveted Prime Minister’s office and disqualified him for life. Mr. Sharif’s harangue against the judiciary and insinuative remarks implicating the establishment have added to his woes by bringing him to loggerheads with both the military and judiciary.

He is not ready to accept his judicially ordered political liquidation. An enraged Sharif is on the war-path now. The Chief Justice of Pakistan (CJP) has recently said: “We seldom try people for contempt despite so much criticism”. He asked those criticising the judiciary: “Don’t malign judiciary if verdict is against them”. It seems that the ongoing tirade from Nawaz targeting the judiciary prompted the CJP to comment on behalf of the institution he represents. On the heel of his ouster came the collapse of his party’s coalition government in Balochistan.

Nawaz alleges that a ‘conspiracy’ is underway against him. His argument that a dictator facing treason charges is not being brought back from abroad and prosecuted but he is being tried stands small in the face of the fact as to why the former president General (R) Pervez Musharraf’s name was removed from ECL (exit control list) allowing him to travel abroad. Nawaz was sitting in the prime ministerial saddle then. 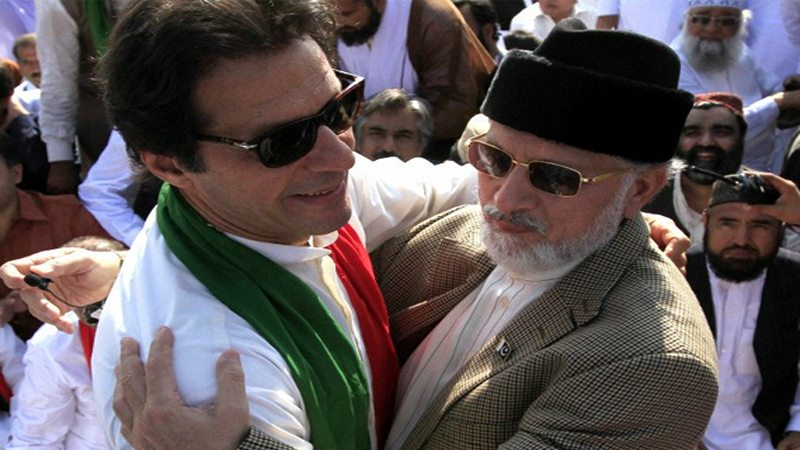 His dithering over the decision of handing over the political mantle to his brother, Shahbaz Sharif is easily visible. After his disqualification for life, sooner or later he has to make the uncomfortable decision to bring Shahbaz to the fore. On the other hand, the Model Town incident is like a millstone around Shahbaz’s neck and the Kasur incident has only added to his woes. Bonhomie between PTI Chairman Imran Khan; PAT’s Dr Tahir-ul-Qadri and Asif Ali Zardari’s recent partnership with PAT are designed to mount pressure on PML-N to achieve respective political gains.

If this wasn’t bad enough, ‘threats to resign’ by a group of dissident MPs led by the cleric Hameeduddin Sialvi are still looming large. While addressing the Khatm-e-Nabuwat Conference at Data Darbar, the octogenarian Pir demanded that the government enforce Sharia law in Punjab. He also supported the jail bharo (fill the jails) movement being started by Tehreek-i-Labaik Ya Rasool Allaha (TLYR) during the last week of this month.

Earlier, Molvi Khadim Hussain Rizvi of TLYR, backed up by an unruly mob, staged a week-long sit-in against the alleged tinkering with the issue of Khatm-i-Nabuwat legislation. Prior to this, the Dawn-leak episode dragged on for months. Both the Khatam-i-Nabuwat and Dawn-leak episodes cost the PML-N two federal ministers, who resigned from their respective ministerial portfolios. Such frequent political crises have cost the government in terms of stability and disturbed the PML-N’s political imperturbability. Currently, Senator Pervaiz Rashid and MNA Chaudhry Nisar Ali Khan stand battle-drawn against each other. This infighting suggests more division and schisms within the party.

The challenges ahead for Nawaz don’t appear to be diminishing, as he seems to have been pushed against the wall. Much depends as to what future strategy Nawaz adopts, but it seems like he might be feeling a bit rebellious, as he has recently equated his ordeal with that of Sheikh Mujib Rahman. Analysts believe that amid the ongoing political unrest a province or two’s assemblies may be dissolved, putting the next senate elections in jeopardy. But the status quo favours PML-N in the senate elections.

This widening political gulf is likely to further erode the PML-N’s political niche in Punjab. Clerics like Hameeduddin Sialvi; Khadim Hussain Rizvi and Ashraf Jalali of TLYR and Sahibzada Hamid Raza of the Sunni Ittehad Council, all belonging to the Barelvi school of thought may be slow, but certain in their movement, mounting more pressure on the PML-N under one pretext or another. The clerics’ ultimate political aim is perhaps to create disenchantment in the PML-N’s Punjab based Barelvi vote bank.

Passing disparaging remarks about the Parliament composed of the peoples’ representatives further belittles the value of this institution. Sometimes the country’s political frailty becomes so severe that foreign influence is accepted to help politicians reach reconciliation. This never happens in any functioning democracy

Barelvi clerics are unlikely to make electoral gains from this agitation. In the wake of their protest, both the PTI and PPP will try to make political advances to create a niche for themselves in Punjab. It is unlikely that the PPP will be able to reclaim the popularity it once enjoyed in the province. Punjab with major chunk of seats in the ‘lower house’ has an overriding upper hand deciding winning party to form central government. Given its beleaguered plight, the next general elections might not give this luxury of mandate to PML-N this time. The country’s political environment appears to be highly fluid. Politicians have always complained that political stability has been invaded and the current instability is part of the same game. This complaint is to persist until politicians introduce and follow certain disciplines or protocol in their political behaviour. Stretching one another to the breaking point creates a political void, offering forces lurking outside the opportunity to jump into political turf.

Governance is a very difficult craft. It requires reaching out to every individual voter to ensure that he or she has equal opportunities to avail. Besides, sitting at the power corridors exposes one to temptations. This is where a strong institutional framework is required to keep politicians and bureaucrats away from temptation. Passing disparaging remarks about the parliament composed of the peoples’ representatives further belittles the value of this institution.

Sometimes the country’s political frailty becomes so severe that foreign influence is accepted to help politicians to reach reconciliation. This never happens in any functioning democracy. Kingdom of Saudi Arabia (KSA) has deep influence in our domestic politics. Besides, America has been exercising similar influence until recently. The current bad blood between America and Pakistan has created some different environment between the two, though.

Such situations create an environment compelling Pakistani leaders to remain obliged to intervening forces and to accept surrogacy for them. Sagacity demands that the political parties wade through muddy political waters with caution for the sake of democracy. Lawmakers can only expect others to exhibit honesty in public behaviour after they themselves are upright in both their personal and public life. To face the external challenges Pakistan faces today, it must have internal stability.