Anti-intellectualism will be the death of us

Being an outspoken academic with a flair for independent thought appears to be a crime here in Pakistan. Punishment may come in different forms, such as stalking, intimidation, character assassination, detention, abduction or worse still – targeted assassination. At least this seems to be the case given the numerous instances of the above occurring across the country. In modern times, such developments may be attributed to a collective anti-intellectual mindset.

Many societies in the past witnessed intellectuals removed from the public sphere; silenced, murdered or, if they were lucky, expelled from homelands. From La Noche de los Bastones Largos (The Night of the Long Batons) back in the 1960s that saw the violent dislodging of students and professors from the University of Buenos Aires who had been protesting interference by the military government of the day as it  revoked established norms of university reform.

To the forceful expulsion of Armenian Christian academics and political leaders during the genocide waged against that community by the Turks. Yet it would be a mistake to believe that such orchestrated anti-intellectualism is the domain of regressive societies alone. For in the US, too, well known neo-conservatives such as David Horowitz, William Bennett and Patrick Buchanan have been known to criticise both the intelligentsia and educationists in their country. Though, even here, this is nothing new. In the 17th century, the Puritan clergyman John Cotton chose to demonise intellectual men and women by observing: “The more learned and witty you bee, the more fit to act for Satan will you bee”. Elsewhere, those with formal education were conspicuous by their absence in the first Soviet governments for pretty much the same reason. Namely, the Bolsheviks’ mistrust of the intelligentsia. And over in China during the Cultural Revolution of the 1960s, the Red Guards actively attacked academics and the professional class due to Chairman Mao’s fear of bourgeoisie leaning towards capitalism; thereby eroding the country’s proletarian roots. 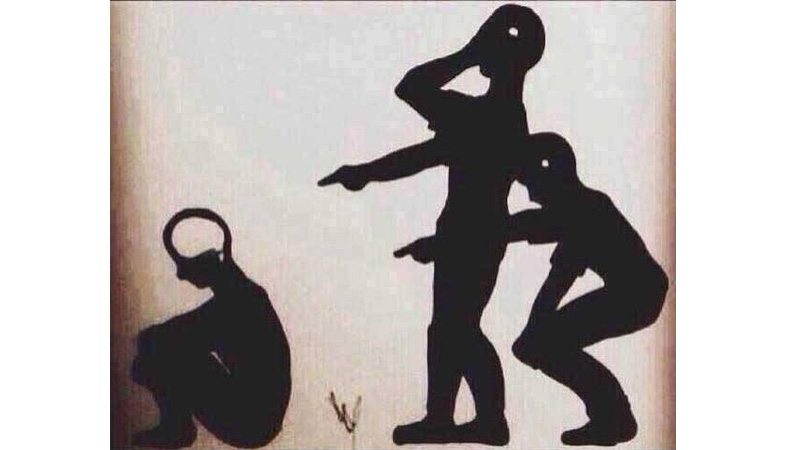 Today, things are somewhat different in the Middle East. In war torn nations such as Iraq and Syria, academics are targeted by terrorists and oftentimes come to represent collateral damage in the battle between state and non-state actors.

However, in countries like Pakistan intellectuals are not just at risk from extremist groups but also from so-called hidden hands. In some cases, this refers to hit-men on the payroll of particular political parties. Or else, plain clothed men affiliated with various intelligence agencies that have an unfair advantage over academics. Whereas some are also harassed or taken out on the directives of other countries. All of the above are manifestations of anti-intellectualism.

The Sindh Universities Laws (Amendment) Act, 2013is yet another example of this alarming trend. Especially given that it virtually robs the province’s public sector universities of their autonomy in terms of appointing individuals to important posts, including that of vice-chancellor. Or, indeed, making unreasonable delays in finalising such designations as is the case at the Federal Urdu University. Similarly, the continued presence of Dr Asim Hussain as Chairman of the Higher Education Commission (HEC) Sindh. After all, the latter highlights how finding the right man for the job has taken a backseat to keeping a party member happy, not to mention rewarded. Honestly, can there be any more blatant evidence of government support for anti-intellectualism? Recently when vice-chancellors of different public universities were discussing the failure to effectively devolve education to the provinces after the passing of the Eighteenth Amendment back in 2010 – someone should have had the courage to raise the contentious issue of Dr Asim. Indeed, the process of devolution has more or less come to a standstill in Sindh (and elsewhere) given that resource distribution under the 8th National Finance Commission (NFC) award has yet to be announced. Moreover, real devolution of education will never be possible under the chairmanship of a gentleman who is currently under criminal investigation; that, too, after having spent considerable time in judicial custody.

In countries like Pakistan, intellectuals are not just at risk from extremist groups but also from so-called hidden hands. In some cases this refers to hit-men on the payroll of particular political parties. Or else, plain clothed men affiliated with various intelligence agencies that have an unfair advantage over academics

Then we have the ongoing conflict between religious bodies and scientific progress where the non-intervention of the state gives way to yet more anti-intellectualism. Consider how a large number of Pakistani children have not been administered polio drops over fears of yet another bogus immunisation programme; not to mention actual distrust of the vaccines themselves. This is because the disregard for science by our religious bodies is akin to that of Christian fundamentalists – such as Southern Baptists and Evangelicals – who declared it was a ‘sin’ to believe in climate change. This is an unfortunate departure from the past when religious schools represented true places of learning not just for matters of faith but also when it came to scientific knowledge. Today, this seems a distant dream. After all, when did we last hear of a gifted scientist graduating from the latter?

Nevertheless, society itself is, at times, also actively complicit in propagating anti-intellectualism. As when students casually beat teachers or when harassment and intimidation occur during the admission process or else when exams are held. A lack of respect for the latter may also be described as a manifestation of the same. In addition, the media should also not be let off the hook.

For it never invites professors on to news shows to offer invaluable insight. Of course, the fourth estate can always find enough airtime for our corrupt politicians. Thus unless and until society collectively begins respecting academics – nothing will change. Meaning that we will bear witness to incidences whereby children are raped and many more Zainabs murdered; just as we will have more incidents like the Model Town massacre; ditto regarding prolonged feudalism. In short, we will forever be confronted with graft. And all the while will we have to keep on picking up the dead bodies of our teachers.

The writer is an Assistant Professor