A trade war with China would backfire on Trump — and America 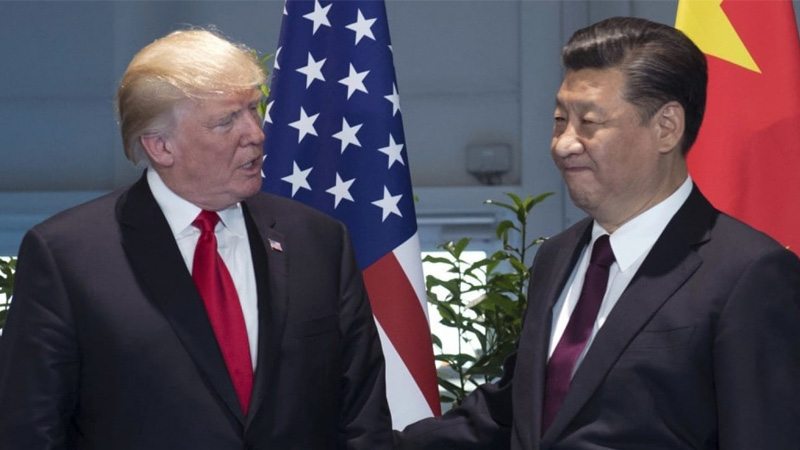 As the Trump administration prepares to take a tougher trade stance on what it sees as unfair Chinese trade policies, China has signaled that it won’t accept such measures lying down, saying it will “resolutely safeguard” its economic interests. It’s the practical pushback to President Trump’s now years-long verbal jabbing at China, from “They’re ripping us off, folks,” to “So much for China working with us – but we had to give it a try.”

This week Trump reportedly told President Xi Jinping that the US trade deficit with China isn’t sustainable. But the crux of this standoff will be whether Trump understands that while the United States has some leverage, its relationship with China is one of mutual dependence that can’t be disrupted without doing damage to both sides.

To wit: A report last week that China’s government is contemplating reducing its purchases of US Treasurys briefly rattled financial markets. Against the backdrop of rising trade tensions between the two countries, it was widely seen as a not-so-subtle warning that aggressive American action on trade might jeopardize the willingness of China to subsidize the spending of the US government.

China is now, and has been for almost a decade, the largest foreign buyer of US debt, with Japan a close second. Holding nearly $1.2 trillion in Treasurys, China hasn’t actually increased its investment all that much over the past few years, and there have been several times where the Chinese central bank has halted new purchases and sold old holdings, each time triggering concerns in the United States that a new and dangerous era for US-China relations was about to dawn.

For now, China and the United States have navigated their relationship with relatively little friction. But expectations of an eventual conflict, hot or cold, are widespread, from defense policy analyst and Harvard professor Graham Allison explaining a “Thucydides trap” that portends war between incumbent powers and their challengers, to a recent essay by Edward Wong, the New York Times’s former Beijing bureau chief, that concludes: China’s “Communist Party embraces hard power and coercion, and this could well be what replaces the fading liberal hegemony of the United States on the global stage. It will not lead to a grand vision of world order. Instead, before us looms a void.”

For now, these are theories. Yes, there have been intermittent policy spasms, such as President Barack Obama confronting China over human rights in Tibet or the Trump administration opening an anti-dumping case directed at China’s sheet metal industry. But Trump, as president, has been less strident about China than candidate Trump, presumably because he needs Xi to help contain North Korean missile threats.

Signs of late, however, are that the administration is preparing to ramp up its pressure. One official said, “There needs to be a fundamental, systemic change and a real commitment to market opening by China … We want China to stop stealing our stuff, live up to its commitment, and don’t distort the international trading system.” It’s tough talk, predicated on a deep misreading of the relationship between America and China, assuming that China remains in a subordinate position to America – which was certainly true a few years ago but has become increasingly less so in the past decade. The Obama administration had its own misreads, but the Trump administration seems a throwback to the perception of America as the primus inter pares, at odds with the reality of China’s rise.

It’s not just that China is the largest holder of US debt. China is America’s largest trading partner, the fastest-growing market for US exports and the third-largest market for US exports in the world. As America promises or threatens to withdraw aid from countries ranging from the NATO alliance to Pakistan, China has begun a $1 trillion effort to underwrite global infrastructure. And as Washington turns away from trade deals such as the Trans-Pacific Partnership, Beijing has been busily filling the void with regional partners, such as Vietnam, that might prefer the United States as their primary economic ally but are left with China by dint of America’s retreat.

The flip side, of course, is that the United States remains the largest market for Chinese goods (other than the European Union as a whole), and given that more than a third of China’s foreign reserves are tied up in US debt, the Chinese are indeed vulnerable to the vicissitudes of Washington policy and the ebbs and flows of the American economy. Officials in Beijing, however, are under no illusions, and have managed their relationship with the United States with a clear understanding of America’s economic and military clout. The same can’t be said for the United States. Trump’s view, that America should approach overseas trade as zero-sum interactions, distorts the relative strength of the United States. The United States may still be the world’s largest economy and may possess its most formidable military, but dozens of other countries are far stronger economically, more affluent, more politically savvy and more diplomatically astute than they were during the last century. The economic ties between nations that do not depend on Wall Street capital or a push from Washington are more plentiful. During the 20th century, if Washington threatened to pull aid or trade, most nations fell into line.