The year 2018 is all set to be China’s year with its currency, known as RMB (renminbi) or the Yuan, dominating international markets; thereby prompting a gradual shift away from a unipolar monetary system. Admittedly, it will take some time for this process to be completed. After all, in the post-World War-II environment the dollar did not supersede pound sterling overnight. Nevertheless, the rise of the RMB will undoubtedly raise the bar of global competition.

Efforts to have the renminbi overtake not only the dollar but also the Euro, yen and the pound are not accidental. Rather, there has been much hard work involved in terms of revisiting banking regulations, monetary management, financial discipline, capital market liberalisation and widespread trading scope on a global level.

The internationalisation of the Yuan enjoyed a boost when the International Monetary Fund (IMF) accorded it the status of a reserve currency back in November 2015 and, just under a year later, included it in the elite “special drawing rights” basket. The latter presently features the Euro, the Japanese yen, the British pound and the US dollar.

In order to strengthen the RMB position, China’s Central Bank regulated the Yuan by fixing the dollar-exchange-rate, while also liberalising it on capital markets. This was a smart move: Beijing’s share of international trade and GDP rose to around 10 to 12 percent.

Thus within a few years, the Yuan was the most active international monetary unit used to make global payments. Indeed, it fluctuates somewhere between the fourth and the sixth world’s most used currency. History has shown that wherever China shoots it arrow — it hits the intended target. Meaning that it will not be long before the Yuan increases its world market share from 1.68 percent to a more satisfactory level. Currently, the dollar still holds first position; claiming more than 43 percent of the market share with the Euro accounting for approximately 29 percent. All of which indicates that the road ahead for China to overtake these currencies will be a long one.

Beijing has created a number of renminbi trading hubs, which perform as clearing centres for its currency trading. These exist for the Americas in order to facilitate North American companies when it comes to conducting Yuan transactions in Canadian banks; as well as Hong Kong, Singapore and Britain

Being entirely mindful of this, Beijing has been busy creating a number of renminbi trading hubs, which perform as clearing centres for its currency trading. Thus it has developed one especially for the Americas in order to facilitate North American companies when it comes to conducting Yuan transactions in Canadian banks. Similar trading hubs are already operating in Hong Kong and Singapore.

An official at HSBC’s Payments and Cash Management (Europe division) contends that the surge in the Yuan has impacted the global payments market. That Britain represents the largest trading hub for China outside Hong Kong — highlights the importance that European countries are attaching to commercial ties with China. Meanwhile other vital financial centres such as Frankfurt and Paris are said to be eager to escalate RMB trading. 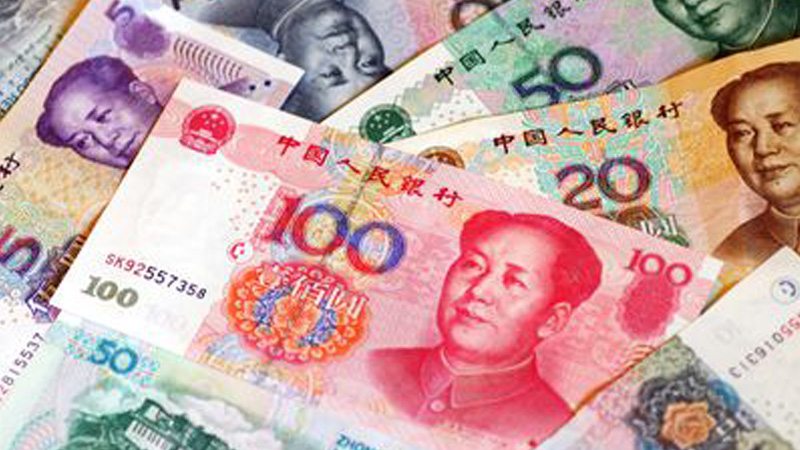 In a bid to prop up the Yuan’s global activity, Beijing has concluded Currency Swap Agreements (CSAs) with more than 30 central banks; said to be worth a combined total of $500 billion. Undoubtedly, this will boost the internationalisation of the Yuan on the global market. “It will help the renminbi attain global currency status,” says Jeffrey Frankel, a professor at Harvard University’s Kennedy School of Government.

Nevertheless, some experts believe that China is, to some extent, faking it; meaning that not all the swap lines are fully operational. They say that more reforms will be required on this front. In addition, economic pundits also recommend that Beijing stabilise its foreign exchange reserves to strengthen swap lines.

CSAs are practised globally. Thus we need to dispel the notion that this was somehow ‘invented’ by China. Indeed, the US Federal Reserve first set up foreign exchange swap lines with allies, including West Germany, in 1962; at the height of the Cold War. The objective back then was to counter gold reserves. And Washington again resorted to this system in a bid to weather the global financial crisis of 2007.

During this period, the European Central Bank, the Swiss National Bank as well as the Bank of Japan collaborated on currency swaps. They also joined hands once more in the face of Britain’s Brexit vote.

Chinese President Xi Jinping’s dream of seeing the renminbi become a global currency might well be within reach. But only if CSAs are finalised with the maximum number of countries possible that have signed up for (directly or otherwise) the ambitious One Belt One Road (OBOR) initiative.

Pakistan, for its part, has proved an extremely handy ally in this regard. After all, it rang in the New Year with the ‘breaking news’ that the State Bank of Pakistan (SBP) had approved the Yuan for all sorts of financial transactions (import and export) and investment activities despite various headwinds. That being said, the China Pakistan Economic Corridor (CPEC) — the OBOR flagship project — did not manage to set the precedent in helping Beijing promote Yuan in other OBOR partner nations.

And although these countries will use the renminbi when it comes to bilateral trade and financial transactions — deducting costs and other inventory variables will nonetheless reduce the monetary benefits to every partner. The internationalisation of the RMB will facilitate foreign companies trading with Chinese ones as this will reduce foreign exchange costs while also affording larger markets the opportunity to secure better trade terms.

In addition, free trade zone enterprises will also directly borrow and lend by way of cross-border renminbi cash pooling, which is at once efficient as well as incurring reduced transactional depreciation.

As per Society for Worldwide Interbank Financial Telecommunication (SWIFT), many financial institutions are currently offering RMB trade settlements and payments, foreign exchange, derivatives and clearing capabilities because the Yuan’s global dominance has led to new sources of revenue for banks.

The writer is a senior journalist who writes about the economy, diplomacy, international relations, governance and environment. He is a fellow of the International Centre for Journalists (ICFJ) and is a China-friendly Netizen 2017. E-mail:  yaseerkhan@hotmail.com. He tweets @yasirkhann